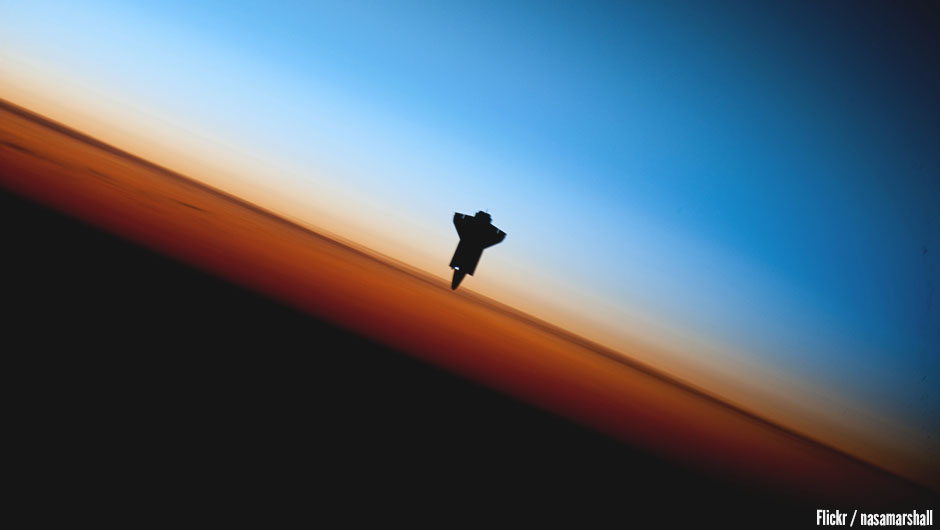 SpaceX had a rocky 2015, and so far they have not had a strong start to 2016 either. It could be said that they with each failure they are getting stronger and closer to their goal, but it is still disheartening to see them try and fail so many times, and it begs the question of whether their main goal, to build a fully reusable rocket, is truly attainable. Building a rocket that will successfully launch is a feat in itself, but building one that can land safely and be reused over and over again, is an entirely different technological ballgame.

On Sunday, SpaceX made its third attempt to land one of their rockets, this time on a drone ship in the Pacific Ocean. While Elon Musk claimed that the landing speed was on point, it appears there was an issue with one of the landing legs which caused the rocket to ultimately topple over. 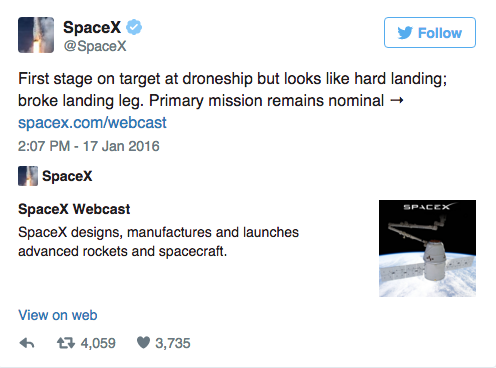 So the landing didn't go as planned, but it's not all bad news. SpaceX isn't exactly batting a thousand when it comes to landings, as they were able to successfully land their Falcon9 (the same one that was launched yestrday) in Cape Canaveral back in December. Musk also indicated over Twitter that it was more complicated to attempt a landing on a ship rather than a landing pad on solid ground, saying it was “similar to an aircraft carrier vs land: much smaller target area, that's also translating & rotating.” 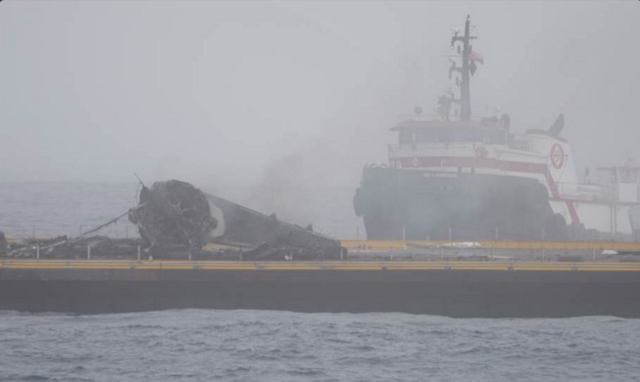 SpaceX stressed that the primary goal of yesterday's mission was to launch the Jason-3, a NASA and NOAA satellite designed to measure the surface of the world's oceans, into orbit, and that the landing attempt was a secondary goal. The launch of the satellite was a success, so in that sense, the mission was a success.

It's clear that the company will keep testing rockets until they can land them consistently. A successful landing on a drone ship is especially important since, according to Musk, that is what is necessary for “higher velocity” missions such as launching satellites into higher orbits.