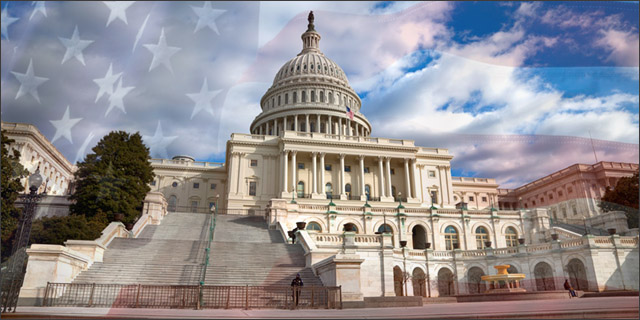 Washington, DC, is a city divided, in more ways than one. There’s Washington, seat of the government, in all of its partisan, bureaucratic glory. And then there’s DC or the District, a haven for great food, culture, and also tech startups.

Inevitably the two cities influence each other, and startups are no exception. The government is known for attracting bright-eyed idealists who want to change the world, and entrepreneurs often have a similar attitude.

“Washington, DC, is by nature an entrepreneurial city. People don't always think of it that way, but it attracts people who think they are responsible for making the world in which they want to live. Until recently, that creativity lived primarily in the political space, but in the past 5 years the startup community has really sparked to life,” says Roz Lemieux, CEO of social media manager Attentive.ly.

In particular, DC is ripe for political startups that aim to improve government or work with the hundreds of nonprofits in the capital. For example, DC startup Encore helps nonprofits and cause-driven organizations collect member stories to galvanize their community and donors. BlastRoots lets citizens create grassroots lobbying campaigns for their favorite issues, and influence their friends and politicians. And local startup Gryphn has built a secure text messenger called ArmorText that is useful for government officials.

Even Vookup, which helps you plan activities with friends, has been inspired by the political environment. Some political fundraisers are interested in using Vookup to coordinate their events, and founder Pauline Idogho says they hope to make that possible.

DC is also home to Startup America, a nationwide organization launched in January 2011 that provides resources to startups. They work closely with the government, although they are privately funded.

But DC startups have to compete with the government for technical talent, and competing with the government is a notoriously losing proposition. The government can offer high salaries, stable employment, and easy work hours, and startups often boast none of these. “A lot of people enjoy their positions working for the government or a contractor. They don't want to leave a high-paying consultant job to work for a startup with a small salary,” says Sajad Ghanizada, founder of event funding startup EventStir. In fact, EventStir ended up hiring a developer from oDesk, a freelancing site.

But some startups say that talent isn’t hard to come by. Government agencies, government contractors, and nonprofits end up attracting engineers and programmers to the city, and their jobs don’t always last forever.

“There are tons of engineers that are eager to work at startups after their government contracts are up, or work 9-5’s and are able to moonlight on startups,” says Sarah Ware, founder of Markerly. And, if they happen to be the idealistic type, they might get fed up with the government’s slow pace and join a faster industry.

As a lure for talent or a problem needing a solution, politicians can make good neighbors.