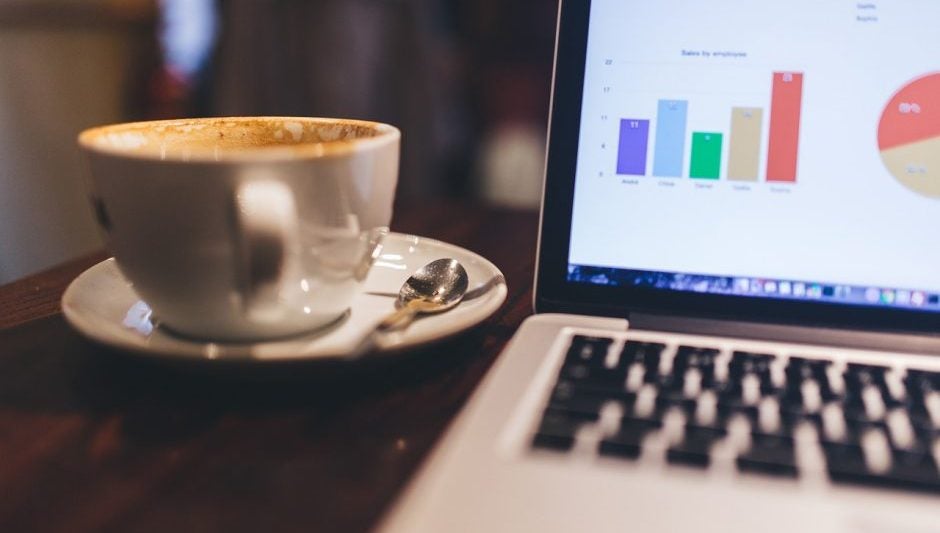 David Stone has lived the big-company corporate life and the startup life. There’s no contest. He prefers the latter.

Stone has been involved in eight or nine startups in senior roles, though he only founded or co-founded three of those—Sports Rewards Systems in 2002, CashStar in 2008, and his latest venture, Forager, which emerged from stealth mode last week. He’s also worked as an intrapreneur within big companies like American Express and Unum; a job at the latter is how he ended up moving from Massachusetts to Maine.

Stone is well know in Maine’s startup community for cofounding CashStar and growing it as CEO into one of the state’s most successful startups. The company, which works with major retailers to develop digital gift card campaigns, had $15.8 million in revenue in 2013, the year Stone left the company. The company has since continued growing. 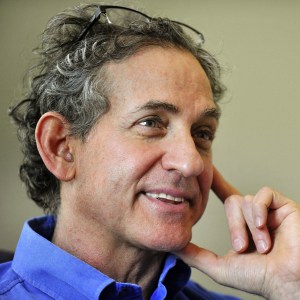 Forager, his latest startup, aims to improve the local-food supply chain with software that provides a platform for farmers and grocers to better communicate and manage their business interactions.

“I just get tremendous satisfaction out of creating something out of the ether and seeing it come to life,” Stone says in his Founder Forum interview.

In our conversation, Stone speaks candidly about the challenges—both universal and personal—of being an entrepreneur, mistakes he’s made, and why it’s not necessarily a bad idea if a young entrepreneur decides to move his or her startup out of Maine. As always, this conversation has been edited for clarity and length. Enjoy.

I started a school canteen when I was 17 years old in my high school. I also ran ice cream trucks where you basically pay for the truck for the day and sell as much ice cream as you can when I was a freshman in college to make a few bucks.

What’s the largest common challenge you’ve faced in every startup?

Early on, it’s getting people to see and share my vision of what the future can be in the face of enormous challenges and barriers. I just always seem to pick—at least in the recent 10 or 15 years—markets or areas that are really early in the adoption curve and getting people to follow or connect the dots with me can be a real challenge.

Let me give you two things. I did run a company called Personal Health Management for a venture capitalist. I took it over. This was a good lesson. It was a company in 2000 that was trying to build health and fitness monitoring wearable computing devices. That was in 2000 and there were no mobile phones and no Bluetooth. I had to go to the investors and say, unless you’re prepared to wait a long time and invest $50 million, it’s time to close shop. So I sold the assets and returned a bunch of capital to the investors. So knowing when to pull the plug and stop is certainly a very important lesson and a lot of entrepreneurs don’t realize that unless it’s too late.

I think a mistake I made at CashStar was expanding internationally. Again, part of my vision was that digital gifting could become international, so I took investor money to build out a UK office and a UK business and it was too early, and it was a mistake. So guard against overly expanding and stretching yourself geographically, too extensively. That would be a lesson I learned.

Talk about the skill sets needed at different levels of revenue.

I think with experience and maturity, I’m clearer about entrepreneurship now. I wasn’t clear about it when i was younger. I was forced to exit a company that I helped get off the ground in Cambridge when they wanted to bring in a more experienced CEO.

I always say there are basically—and I’m simplifying—three stages of a startup and there really are three different skill sets and mindsets that are required. There’s the zero to $1 million—I’m talking about revenue—and only five to 10 percent of all startups, depending on where you are geographically located, will get to $1 million in revenue, and that requires a certain type of skillset, and mindset, and approach. Then there’s the $1 million to $10 million range, which one to two percent of companies get to, and then there’s $10 million plus, and each of those requires a different set of skills. 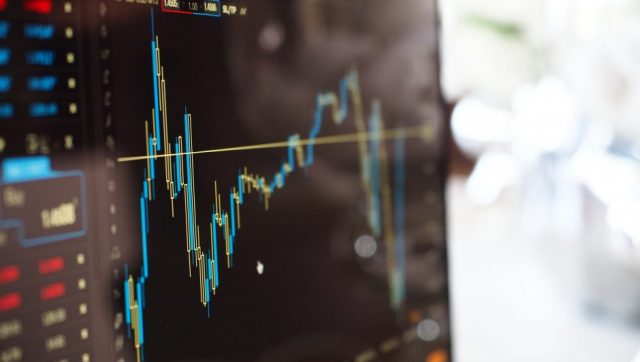 Now, of course, there are entrepreneurs, like Mark Zuckerberg, and many others, who have shepherded their companies from zero to billions, so it can certainly be done. But they do require different skillsets and mindsets.

For me, clearly at CashStar, probably around year four I started thinking about it. It was a lot less fun for me personally, just the day-to-day nitty gritty and grind of running an 80-person company and having 200 top retail customers. I was just pulled in a thousand directions and couldn’t spend the time doing what I loved to do most, which is create and innovate. I did start looking for a COO and if I had found the right person, perhaps I would have stayed longer, but it didn’t eventuate for whatever reason and it just wasn’t the right environment for me… I mean, the company was doing really well, but it just wasn’t the right environment, it just wasn’t in my sweet spot and it was frustrating. It began to feel like a bigger, slow-moving machine and less personable kind of place. So it wasn’t ideal for me in terms of my skillset. Could I have done it and been more successful? Yes, I could have; I probably would have done some things differently.

I see entrepreneurs around the state and other places where their companies are growing and they won’t let go. As a mentor it’s hard to tell them, “You need to look at yourself in the mirror and ask yourself: ‘Are you the right person to be leading this company at this stage? Are you the actual best person?’” It’s very hard for the entrepreneur to look in the mirror or step back from himself or herself and really do that both gut and skill assessment and decide what’s best for the company in the long run.

If you’re just doing it to make a million bucks, or for personal fame, those are fine reasons, but I’m not sure those will carry you through when the going gets tough or when you have to look investors or your team in the face during difficult times. I think there has to be deeper meaning to it. This isn’t a job, it’s a life.

How does an entrepreneur know whether they should give up the reins or should try to pull a Zuckerberg?

The thing is you don’t necessarily know it. The signs may be there. You don’t sleep as well, you have a lot of stress. In my case, I was working 90 hours a week. It’s like anything; you start to feel  unhealthy. I know for myself that within a couple years I don’t want to be running this company. I’m wiser about it and smarter and I just know it’s not what I want to do. And there are people that will be better at it than I will be. I think there’s an ego aspect. I mean, what drives entrepreneurs? At the heart of it, why does someone want to be an entrepreneur? I would encourage any entrepreneur to ask themselves that question. What is your motivation for wanting to be an entrepreneur?

What are your long-term goals are for Forager?

I think with Forager there really are three long-term goals. It’s about making locally sourced food truly more available to everyone for all the reasons that are obvious. The second is to build something with lasting social impact that goes beyond me personally and the work I’m doing presently. And three is try to put Maine on the national map as a leader and innovator in the local food sector. We did that to a certain extent with CashStar, but put us on the national map as leaders in this sector.

Any advice to young startups?

I think you have to have enormous and unrelenting faith in the solution you’re trying to solve and the project you’re trying to build, because if you don’t, you’re not going to succeed. You have to have a lot of body armor and resilience. I’ve seen too many team members and entrepreneurs give up because they’re just not cut out for it. So that’s the first thing. On those days when no one is returning your calls or emails and you think you’ll never get a customer, you got to believe.

The second one is a little more subtle. You want to hire the best people you can, but that doesn’t necessarily mean the most talented. It’s really not just about the talent; it’s about hiring good people who are both passionate in their own ways about what you’re doing and who are also going to be good to each other. You’re trying to build a culture and a working environment and everybody is going to have to wear a lot of hats, and so they’ve got to get along. You don’t necessarily want to hire the smartest person in the room, and you also don’t want to hire specialists early on. You need people who can do a lot of things.

I like to quote Elon Musk: “My biggest mistake is probably weighing too much on someone’s talent and not someone’s personality. I think it matters whether someone has a good heart.” I love that quote. They have to come to the table with skills and be solid, but the other softer skills go a lot further. That’s kind of why we call it software. Soft is hard. Hard skills are actually easier.

Any advice on finding a cofounder?

Picking the right cofounder is the subject of a book some day. No one is going to call you. You’re going to be in your office and no one is going to call you. If you’re an introvert—and introverts are fine people, don’t get me wrong—you better have someone around you that’s going to be able to fill that role. But at the same time, you can’t just be a salesperson selling snake oil. You have to have something. This is why it’s hard to be an entrepreneur.

Read more about being a founder in the Maine startup ecosystem on Tech.Co