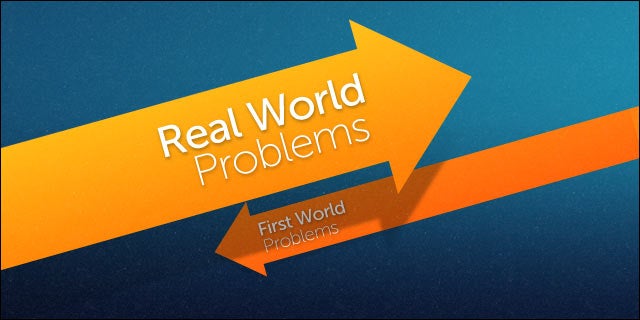 Dear startups: What problem are you solving? If you're looking for a new market to penetrate, let me help you to unearth markets that software has yet to eat and people who will adopt quickly because they don’t have an abundance of choice in solutions to their problems.

A natural and good tendency for entrepreneurs is to “do what you know.” It helps if you actually have the problem you are solving because it brings you deep insight into the pain of the problem.  Many founding stories begin with the a-ha moment when the founder kept bumping into the problem she would ultimately build a company to solve.

But I would argue that solving your own problems creates limits on what you can build. You limit yourself to the context of what you know and experience every day. Naturally, solving a problem you don’t have will involve additional risk, because you’ll have to learn to empathize with it, rather than truly feeling the pain.

I'm here to help you. To get the ball rolling, here are some places I believe are fertile ground for startups:

So, when looking for a problem to tackle, consider looking beyond your own problem set. There are a lot of problems people have in the world that technology can help solve, beyond the “white people problems” being solved by startups right now.  It’s not that the problems aren’t real, it’s just that most people have much bigger problems than how quickly they can get a healthy glucose-free meal delivered to their doorstep with a few touches of an app.

Editor's Note: This article was originally published by Chris Schultz on his site and has been adapted for the Tech Cocktail audience.