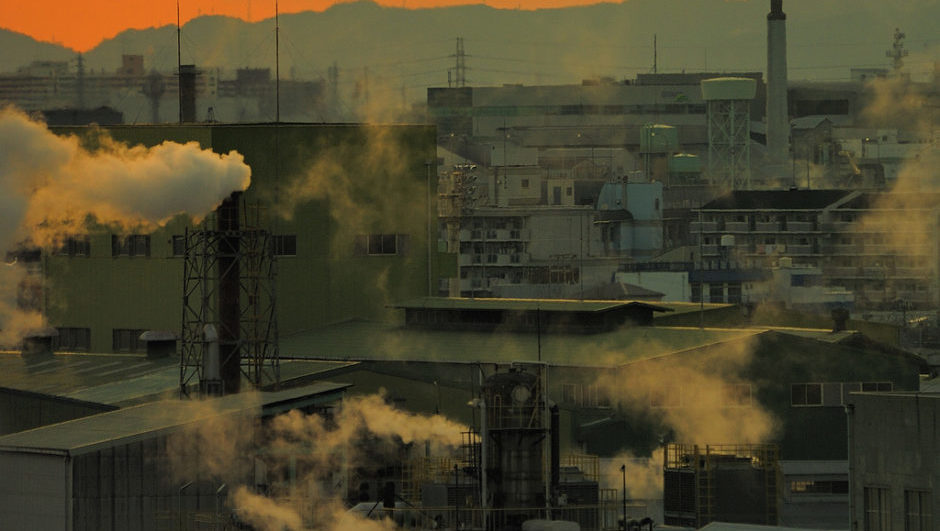 Most people have an image pop in their head when they think of pollution. Whether it's the smog over Los Angeles, the landfills outside Houston or the pile of leaves in front of your neighbors house, pollution is bad. But what you might not have realized is that pollution is not just an outside problem. Indoor pollution has gotten worse and it might have reached a tipping point in recent years.

According to a study led by the University of Surrey, indoor pollution is having more of an effect on the population than outdoor pollution. In fact, in 2012, indoor pollution was linked to the deaths of 4.3 million people, as opposed to outdoor pollution, which was only linked to 3.7 million. This shift is the result of city-dwellers spending an inordinate amount of time indoors. From offices and colleges to living rooms and bars, air quality is lessening while attendance is rising.

While car exhaust and factory fumes are publicly deemed the worst offenders for pollution, it turns out cooking residues, fungal spores, smokes, paints, varnishes and other household contaminants are worse for everyday people than anything. These pollutants are causing what is now commonly known as Sick Building Syndrome, which can cause nausea, dizziness, bloating, gas, fatigue, headache and dozens of other ailments typically listed in prescription medication commercials.

This discovery was followed by a call to monitor indoor air quality more carefully. As the study dictates, this can be easily accomplished by appropriately leveraging technology and instituting policies that keep track of these deadly toxins and curbs their use in households around the world.

“It is essential that we are able to effectively monitor indoor air pollution so that we can better understand when and where levels are worst, and in turn offer solutions to make our air healthier,” said Dr. Prashant Kumar, head researcher, University of Surrey. “Our work looks at the use of small, low-energy monitoring sensors that would be able to gather real-time data and tell families or workers when levels of pollutants are too high.”

If you are thinking about all the time you spend in your living room breathing deeply, you aren't alone. The worries of pollution rarely permeate the walls of your  home. But while this news is terrifying, it will hopefully make people realize that there is no escaping the damage we are doing to this planet. The research is out there. And apparently, we can't hide under our blankets and hope pollution just goes away. It's time to act.