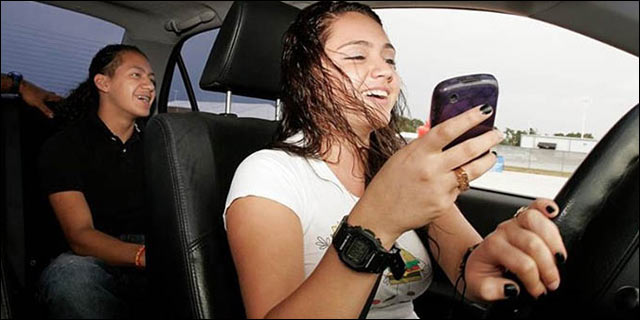 I can’t believe it was legal for the 16-year-old version of me to drive a car whenever I wanted.

As if in response to my hindsight, state governments have cracked down on youth driving since that amazing day when, suddenly, I was given a plastic card that let me drive on the same roads as those super rich hedge fund dudes.

I did some of my growing up in Connecticut, and when I got my license, I was able to stay out on the roads until 4 in the morning if I wanted to. Thankfully, the Nutmeg State has since put restrictions on 16- and 17-year-old drivers. Pimply-faced kids behind the wheel can no longer drive with their friends until they’ve been on the road for a year. And they can’t drive at all between the hours of 11 pm and 5 am until they turn 18, though there are some exceptions.

It goes without saying that teenagers were probably pretty ticked off when the General Assembly passed those laws. But every other driver on the road breathed a collective sigh of relief.

Wait, We Allow 16-Year-Olds to Drive?

When you start to think about it, the concept of allowing 16-year-olds to operate motor vehicles sounds pretty crazy. For the most part, these kids are sophomores in high school.

I don’t know about you, but I’m pretty sure I was a know-it-all idiot at that age. And that was even before the emergence of smartphones and texting. The intervening years have given me some much needed perspective.

In 2012, more than 3,300 people lost their lives due to distracted driving. Though people of all ages seem to be unable to prevent themselves from texting while driving, the younger generation seems even more glued to their devices. Anyone who has observed a group of teens interacting lately probably couldn’t help but notice how practically every single one of them is constantly interacting with his or her phone.

So even though new laws have been made to help keep the streets safe from these inexperienced heathens, it seems like youngsters are only one swipe of the finger away from causing serious havoc when they drive.

New Technology to the Rescue

It probably sounds like I’m being overly harsh to the younger generations, but in the name of full disclosure, it wasn’t so very long ago that I was 16. To be fair, some teens are naturals behind the wheel, but the statistics paint an overall gloomy picture of them in the aggregate. So what can we do about it?

Joshua Brown, a 17-year-old teenager in Georgia, lost his life in 2003 after hydroplaning on the highway and ended up smacking straight into a tree at 40 mph. His father immediately pushed for the passage of Joshua’s Law, which helped equip high schools around the state with driving simulators.

If your driver’s ed. experience was anything like mine, it went something like this: You decided to take driver’s ed to get your license a little earlier. You joined a group of 10 or so other couldn’t-wait-to-be drivers, and you’d fill out worksheets and watch videos that were made two or three decades earlier. There wasn’t really any value to those classes; you just did them because you sort of had to.

While driving a car hasn’t changed much over the years – you steer, step on the gas, apply the brake, use your signals, buckle up, all that jazz – what has changed is the driving experience. These days, drivers might fidget with their smartphones to return a text. They might stare at a GPS system to make sure they’re going the right way. Or they might search their phone for a new song to play. In fact, there really are endless sources of distraction that could steal the focus of less attentive drivers.

Driver’s ed, for the most part, has not evolved whatsoever to accommodate this completely new experience.

But some cutting-edge programs are adopting new technology to help bridge the educational gap and churn out more competent, responsible, and even humble drivers. If driver’s ed as we know it now is a product of the government’s imagination (or lack thereof), it’s going to be exciting to see where private sector technology takes us in the future.

Technology has come a long way over the decades. And today’s driving simulators look completely amazing.

Using a steering wheel, a wide screen, and gas and brake pedals, students are able to enjoy a virtual driving experience that’s uncannily similar to the real thing. The simulation comes with all of the obstacles you might actually encounter on the road – like an erratic driver, inclement weather, or deer unexpectedly darting across the road. For all intents and purposes, driving simulators look very much like video games. Except the experience mimics that of the actual driving experience, so students get to put in the time they need behind the wheel to be comfortable in all sorts of situations.

In addition to connecting with youth through a medium they understand, the implementation of driving simulators has produced results. In response to Joshua’s Law, nearly 150 high schools across Georgia installed simulators. Since then, Georgia has seen a 60 percent decline in driving-related teen fatalities.

So, in addition to driving simulators simply looking like a whole lot of fun, they’re also proven to be effective. After all, the machines recreate real-life driving scenarios. Students can learn how to respond to any imaginable car-related event.

I think every member of Generation Y can agree: if we’re going to let 16-year-olds get behind the wheel, it’s about time we make sure they’re properly trained, and that means embracing new technology that can help them learn from their virtual mistakes.