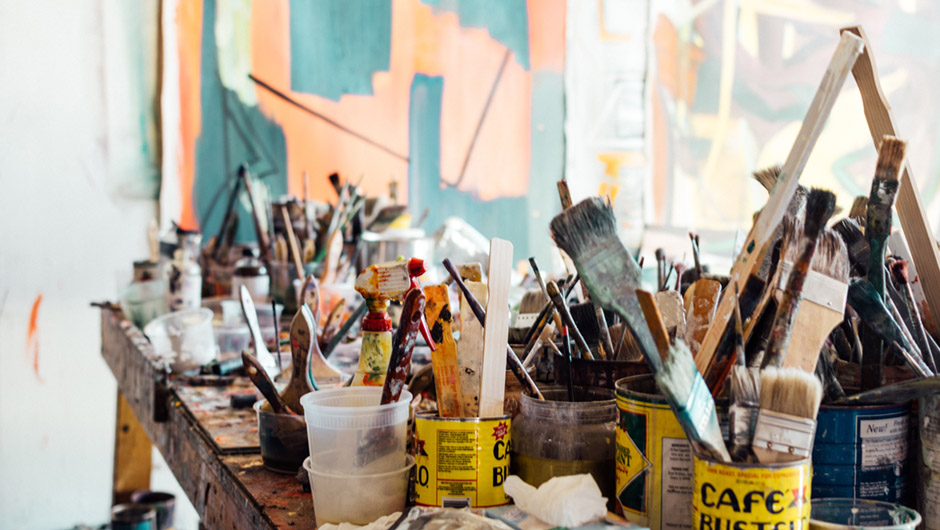 By 2045, robots and machines will have taken over the majority of jobs according to Israeli computer scientist Professor Moshe Vardi. Speaking at the annual meeting of the American Association for the Advancement of Science, Vardi said the rise of artificial intelligence (AI) will lead to unemployment rates greater than 50 percent.

One area where robots are already having a profound influence in the world of art. Android art critics, drones that respond to the movement of a pen rather than a remote controller and specialist software that creates art based on human emotion are just a handful of the technologies being introduced to the art realm. But what is the potential of machine art and will it ever outshine human creativity and imagination?

There are several unresolved questions about robot-produced art, circulating around its potential in terms of quality and imagination. Simon Colton, a professor of computational creativity at Goldsmiths College in London, has suggested that if programs are to count as creative, they’ll have to pass something different to the Turing test.

The Turing test was developed by pioneering computer scientist Alan Turing in 1950. It was designed to test a machine’s ability to exhibit intelligent behaviour equivalent to that of a human. However, the test became notoriously easy to deceive, as demonstrated by the 2015 Oscar-winning psychological thriller Ex Machina.

Colton suggests that simply being able to converse in a convincingly human manner, as ­Turing proposed, is not enough. Instead, an artificially intelligent artist would have to behave in ways that were imaginative, skillful and appreciative of human emotion.

Colton has created “The Painting Fool”, a computer program that is able to create emotive collages based on images linked to keywords in a news article. An early work was a collage based on a Guardian article regarding the war in Afghanistan. The software produced a composite image featuring a fighter plane, an explosion, an Afghan girl and a field of war graves. According to The Painting Fool, this reflected the “content and mood” of the newspaper article.

The Painting Fool is paired with emotion-detection software produced by Maja Pantic, a leading professor of behavioural computing. This allows the computer program to produce work in different styles according to the subject's mood, for instance by choosing muted colours and graphite pencil if the subject displays a sense of sadness or despondency.

However, artists have often been described as storytellers for their ability to present emotionally-charged narrative through their work. For Indian multimedia artist Owais Husain, the idea of the artist being a storyteller charting visual lexicons of time is a core theme in his work.

While the Painting Fool is able to change its artistic style according to the subject’s mood, it cannot express its own emotional narrative until it makes a personal connection to the social and historical issues explored through art.

Creativity and imagination are arguably the most difficult human faculties to automate. Humans understand the properties of objects and issues ingrained in society, and using that insight they breach convention in non-trivial ways that make sense.

Machines that we are used to operating as tools have little cognitive capacity. This makes it difficult to accept them as having the ability to be creative. However, AI researchers are developing software systems that can learn new representations of data, modify themselves accordingly and demonstrating creative behaviour.

Leonardo da Vinci recommended gazing at wall stains to inspire creative fantasy. Similarly, Google’s Brain AI has demonstrated the ability to envision an object as something entirely different. After some training in identifying objects from visual clues, the software generated hallucinatory digital images from noise (a pattern of dots and blotches that resembles a fuzzy poor-signalled television station) and landscape photographs.

Google researchers describe the phenomenon as “Inceptionism”, a reference to the 2010 movie about a man who penetrates the multiple layers of people’s dreams. Inceptionism bares a resemblance to Surrealism, with Brain AI’s work similar to the hypnagogic work of Salvador Dalí and Max Ernst.

Will robots ever be able to demonstrate artistic skill?

While artificial intelligence has demonstrated its creativity and emotive receptivity, question marks still loom over its ability to demonstrate the same level of skill as human artists.

Google recently invented a device that, using an app and robotic arm, turns smartphone photographs into portraits. However, the robotically-produced portraits only vaguely resemble human faces and fail to replicate the skill of human artists that produce portraits from photographs. For instance, British hyperrealist Andrew Tift uses a photographic process to create extraordinarily lifelike portraits that explore the physiognomy of subculture.

However, one computer has managed to replicate the style of Dutch master Rembrandt. A team of Microsoft researchers taught the computer to analyse the work of Rembrandt before producing an original painting in the same style. It was then 3D-printed to give it the same texture as an oil painting.

Whether a machine will ever become the next Picasso or Van Gogh remains to be seen. To do so, the robot would have to develop a sense of self and gain an emotive understanding of the social, historical, psychological and physiological factors that inspire human artists. For now, artificial intelligence is not ready to take the art world by storm, but it is offering the artist a new creative collaboration tool.