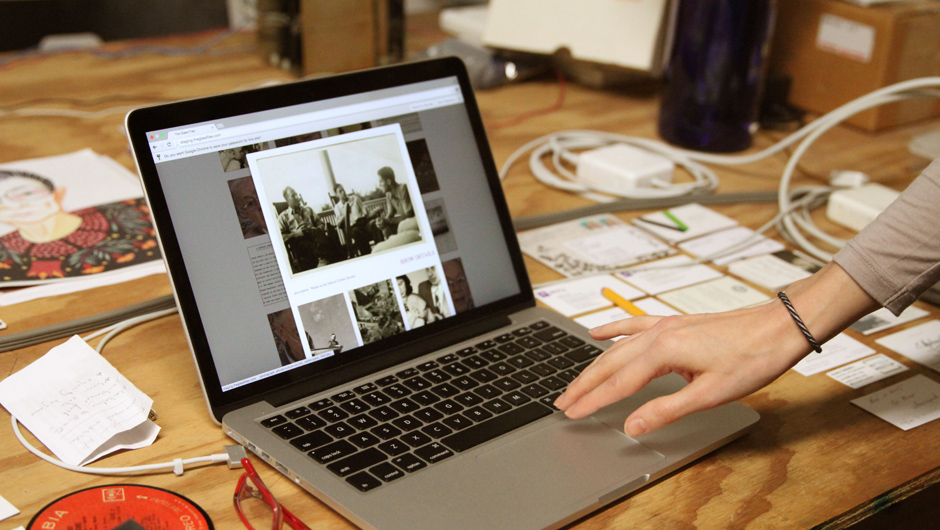 The drama and intimacy of family history are traditionally captured in the novelty of an old, passed down photo album, or signed away in a faded, handwritten letter. As the world becomes more digital, the preservation of family heritage faces the potential of getting lost in translation.

Entrepreneur, Sarah Poyet, 31, of Westchester, NY, was inspired to develop a web and mobile platform called The Glass Files for families to privately protect these memories through an aspiration to tell a story of her own.

Eight years ago, Poyet filmed an interview with her grandfather, William Glass, as he described his hardships and journey from Vienna to America during World War II. While ambitiously considering making a documentary with the footage, she first coined the idea for The Glass Files as outlet to share his story.

In 2013, Poyet began collaborating with web and software developers from Scenyc, a technology company in the South Bronx, on The Glass Files. The website, tag-lined a place for history on the Internet, is set to launch early next spring along with a mobile app.

The business primarily markets to families wishing to upload archives from their past in any medium, whether video, photo, or any other type of documentation. In a prototype of the site, Poyet presents video footage of her grandfather’s interview alongside documents from his arrival to the U.S. to tell his story. The website allows users to attach information to their material and tag items to a particular point of history, which relates a personal story to major events of that time period.

More than 700 families around New York City have already signed up to use the service for free as a promotional pre-launch for the site. Other family groups will be charged a monthly fee.

Jessica McKay of Manhattan, is one of hundreds to have signed up for the service. McKay said her grandmother’s old photographs are hidden away in a drawer in France, and she says it’s important to preserve these items digitally to pass down to other generations in this new, innovative way.

“It creates a bridge between generations,” McKay says. “It’s something younger ones are really comfortable with, you know social media and uploading photos, but then it also makes them connect with their family, which is kind of something we have kind of all lost.”

The Glass Files is private by default. Poyet says she believes a collection from a family’s history should be intimate and safe from inappropriate use. The model is unlike most genealogy sites and other social web platforms, such as Facebook and Twitter, that sell information and data from their users to keep the use free.

“There’s a misconception of what free really means,” Poyet says. “You’re giving them your data for free and they’re profiting off of it. I don’t think that you would want to be in that kind of environment when you’re looking at legacy material, it’s not the right context.”

This model has been criticized from a business perspective.

“A lot of people don’t care that much about privacy, and there’s no way to absolutely guarantee privacy either,” says Edward Rogoff, dean of Long Island University’s Brooklyn School of Business. “Creating a community is an established strategy.”

But there are experts who consider the motive appealing to a certain variety of investors that may see the social impact of a business worth more than the return.

“Traditional investors might be hesitant,” said Thomas Lyons, Field Family Chair in Entrepreneurship at Baruch College. “But to impact investors this would be a really good idea. They may see a bigger value to it than a financial value.”

Since The Glass Files was officially founded in 2014, $150,000 has been invested into the business. Acquiring capital investment has been one of the biggest hurdles for Poyet, not only because of her new status as an entrepreneur, but also from what she says are challenges she faces as a woman in male-dominated industry.

“Being a young woman entrepreneur is kind of an obstacle you have to learn how to navigate,” says Poyet, describing past experiences of pitching her business to male investors and feeling like she wasn’t taken seriously. “After a while it’s just psychologically tiring, you have to be able to not get confused and know that what they think is not a reflection of reality.”

According to a 2014 report on the State of Women Entrepreneurs in New York City, women business owners surveyed often faced similar barriers starting a business.

Poyet, however, said despite those challenges there is no better time to be a woman entrepreneur. Poyet said the path to forming her own business brought lessons of perseverance and tenacity.

“You’re going to reach a point where everybody thinks you’re crazy and you have to be able to stick it out,” says Poyet. “You have to say ‘no,’ I believe in this.” 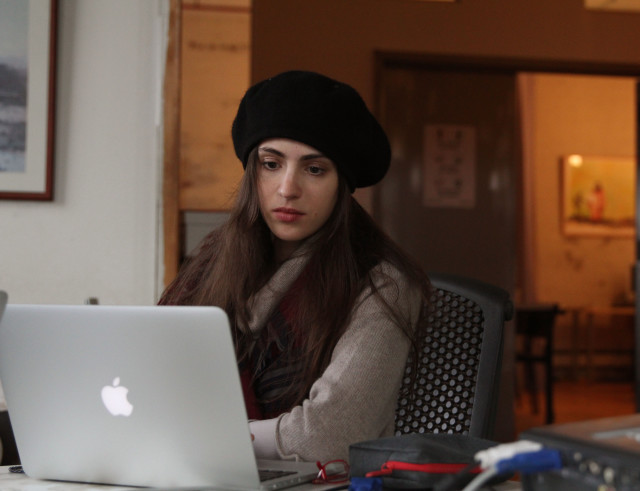 NYC based freelance journalist concentrating on business and the tech world