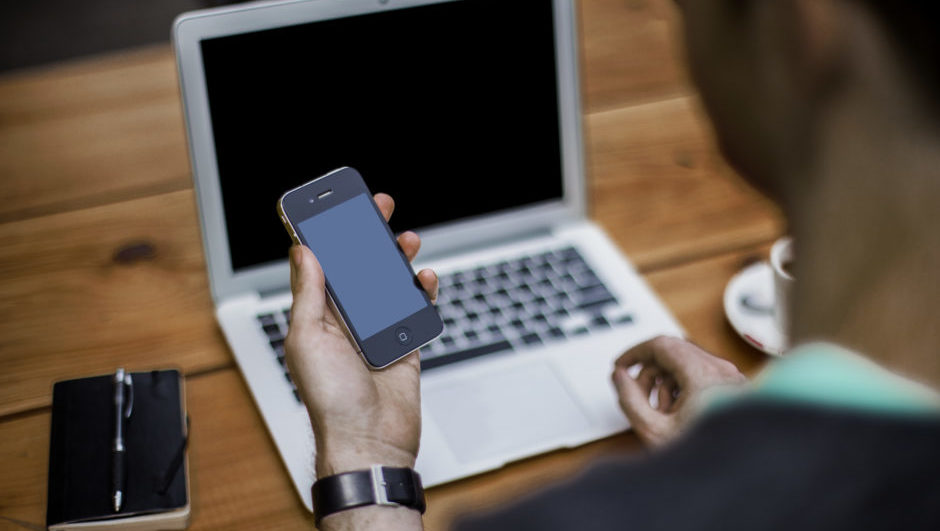 At this point in history, internet is no longer a privilege, it's a necessity. People work from home with high speed connections. Bankers make thousand-dollar transactions on their smartphones with the click of a button. Companies are forged and run through stable connections on a daily basis. And yet, some countries still haven't made a fast connection a priority for their citizens. And thanks to a recent study, we now know which of these countries cares the most about their citizens' internet speed.

Massachusetts-based internet provider Akami Technologies conducted research in order to find which countries had the fastest connection. And much to the chagrin of Americans, the United States was nowhere to be found on the list. While the US did boast 6 of the top 20 internet providers, the land of the free was noticeably absent from the top 10 list for internet speed. Yes, AT&T was at the top of that list, proving that customer service was not factored into the equation.

While the global average hovers around 6 Mbps (as the research shows), the top performing countries were substantially faster. South Korea, for example, was the number one country for internet speed and boasted 5 times the the Mbps global average. As is the case in most top 10 lists, Scandinavian countries are well-represented in Norway, Sweden, and Finland, while Asian countries, like Hong Kong and Japan found their way into the top 10.

If you are wondering which other countries made the cut, be sure to check out the list below and follow up with the research from Akami Technologies here. 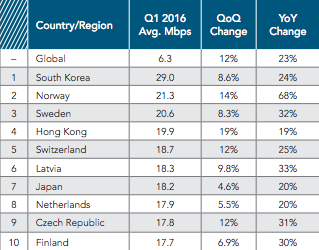