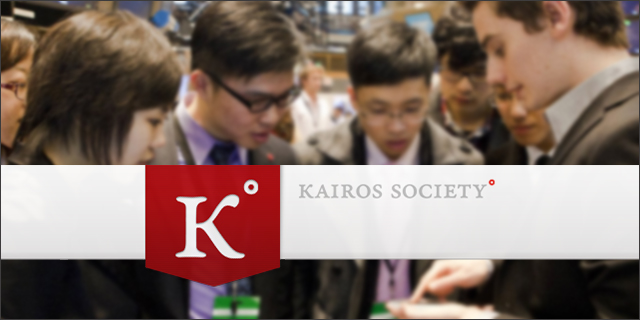 The Kairos Society is a not-for-profit foundation – with branches in over 40 countries – that aims to foster a community where entrepreneurial students can connect, learn, and have a voice. Read more about why they created the Kairos 50 in our interview with their former president, Victoria Schramm.

Below are the 50 companies.

Addy (San Francisco): A way to share your exact GPS location with a simple URL.

ONE (California and Texas): An app where you can explore interests like people, events, media, and products. Founded by Cory Levy (University of Illinois).

BPG Werks (Boston and Ontario): Creators of science fiction-like vehicles, such as the UNO concept bike and the DTV Shredder, which is “part skateboard, part Segway, and park tank.” Founded by Benjamin Gulak (MIT) and Ryan Fairhead. 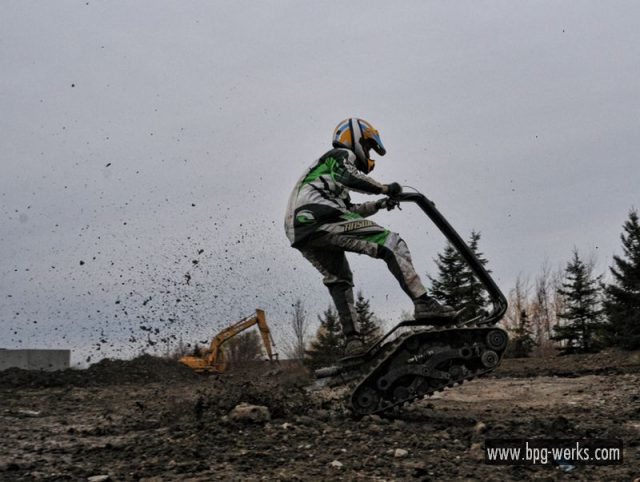 Seat-e: An outdoor bench that has wifi and can charge your electronic devices. Founded by Philipp Naegelein (HEC Paris).

Alcohoot (New York): A breathalyzer for your smartphone. Founded by Jonathan Ofir.

Bluerise (Netherlands): Creators of technology that generates energy from the thermal power of the ocean. Founded by Berend Jan Kleute (Delft University of Technology).

Grupo Ecosfera (Brazil): Creators of eco-friendly bricks that are not made in an oven. Founded by Felipe Augusto (Universidade Estacio de Sa).

Sword & Plough: Creators of bags made by veterans using recycled military surplus material. They hope to increase veteran employment and the connection between veterans and civilians. Founded by Emily Nunez (Middlebury College).

Whitenife (India): Creators of a material that is 89 percent identical to ivory, designed to reduce ivory trade. Founded by Sonia Agarwal (Babson College).

Teach Twice (Nashville, TN): A social venture that allows parents in the developed world to buy books written in the developing world, with profits going to improve education for the latter.

ciSports: A database of football players that helps scouts figure out the best athletes. Founded by Giels Brouwer (University of Twente).

Nightingale (Boston): An app that reminds patients to take their medication and involves doctors in the process. Founded by Delian Asparouhov (MIT).

VirtualU (Blacksburg, VA): Software that can create 3D models of human bodies and products, particularly useful for designing clothes. Founded by Caroline Pugh and Nicholas Gagianas (both at Virginia Tech).

Advocates for World Health (Tampa and Gainesville): They collect extra medical products and redistribute them to areas of need. Founded by Jordan Markel and Ryan Kania.

M3D: A search engine for medical researchers that can pull data in hours, rather than days. Founded by Georgy Ramonov (University of California, Berkeley).

Nanoly Bioscience: Created a polymer that allows vaccines to survive without refrigeration. Founded by Nanxi Liu (University of California Berkeley).

SOMA Analytics (Germany): A tool for businesses to monitor employee stress and wellbeing. It works on a smartphone and observes stress (through things like typing and talking) and sleep. Founded by Johann Huber (University of St. Gallen).

Infinity Aerospace (Silicon Valley): Creators of ArduLab, an open source science facility that is ready to be taken to space. Founded by Manu Sharma (Stanford University).

Regalii (New York City): A free and easy way for Latin American immigrants to send money back to their families. Founded by Inigo Rumayor (University of Pennsylvania and Universidad Autonoma de Mexico).

Striking.ly (San Francisco): Software that makes it simple to set up a beautiful mobile website. Founded by Teng Bao (University of Chicago).

Big Fish Presentations (Baton Rouge): A studio of designers, writers, and speakers who can help your business with presentations. Founded by Gustavo Murillo (Louisiana State University).

noQ: Technology that lets shoppers simply walk out of a store with items they want and get charged automatically. Founded by Spencer Hewett (Thiel Fellow).

Politify, Inc. (Berkeley): Creators of Outline for government, a simulator that models how policies and budgets will affect citizens. Founded by Nikita Bier (University of California, Berkeley).