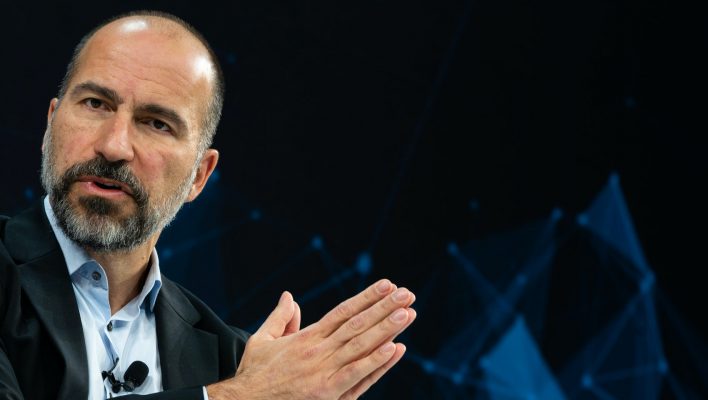 The woeful state of the gig economy is under the spotlight once again, as the CEO of Uber is calling for improved benefits for workers in what many are considering a tone-deaf plea to lawmakers in the US.

As a huge beneficiary of the gig economy, Uber hasn't exactly been a model company in the industry. With scandal after scandal plaguing the early years and drivers voicing their displeasure with their unstable work status on a regular basis, the company has failed to gain any good press for the better part of its existence.

But now, with a new(ish) CEO at the helm, Uber is attempting to crawl out of the bad press hole its been in for years, and this call for benefits could be its biggest step yet.

The New York Times Op-Ed from the CEO of Uber

In an op-ed in the New York Times, Dara Khosrowshahi, the CEO of Uber, called for lawmakers to address the unfortunate situation that many gig workers are in: deciding between flexibility and stability. He claimed that, while Uber is “ready, right now, to pay more,” the status of laws in the US do not allow for the kind of employment that the company, and apparently its drivers, actually want.

“Our current employment system is outdated and unfair. It forces every worker to choose between being an employee with more benefits but less flexibility, or an independent contractor with more flexibility but almost no safety net.” -Dara Khosrowshahi, the CEO of Uber

However, there is no reason why the two should be mutually exclusive. Particularly for Uber, which has seen a meteoric rise in success since launching in 2009 and rewards its CEO with $45 million per year, it would seem more than possible to fairly compensate drivers while still offering flexible schedules. Unfortunately, Khosrowshahi pointed out in his New York Times piece that its apparently a bit more complicated than that.

“Uber would only have full-time jobs for a small fraction of our current drivers and only be able to operate in many fewer cities than today. Rides would be more expensive, which would significantly reduce the number of rides people could take and, in turn, the number of drivers needed to provide those trips. Uber would not be as widely available to riders, and drivers would lose the flexibility they have today if they became employees.”

Khosrowshahi is parroting a common phrase among the wealthy companies of the world that paying its employees a fair wage would be too expensive to remain viable. Whether that's true or not remains to be seen, but when you consider the timing, it's nothing if not a bit suspicious.

Uber (and its rival Lyft) are both currently the focus of a possible injunction in California, which would compel the ride-sharing companies to classify all drivers in the state as employees, rather than independent contractors. And, despite Khosrowshahi not mentioning it until the end of his op-ed, you can be assured that this new law is the primary driver of this push.

“For many people, nothing short of us reclassifying all drivers as employees will be enough. That is the thrust of several lawsuits against Uber in the wake of a new California law, known as Assembly Bill 5.”

The lawsuits in question are far from cordial, claiming that both Uber and Lyft have “exploited hundreds of thousands of California workers” by not classifying them as employees, skirting millions of dollars worth of benefits and financial aid to its lifeblood.

To make matters worse, Uber stock just fell 4% at the end of last week after its second quarter numbers showed significantly larger losses than expected. This call for employee benefits to fall on US lawmakers rather than ride-sharing companies could be a Hail Mary pass to avoid an even bigger pitfall in Q3. Or, it could just be a stalling tactic until Uber doesn't need drivers at all.

While it might be a tad tone-deaf and poorly timed, the CEO of Uber calling for improved benefits for gig workers is a good thing. It could lead to better laws for all gig workers, and pave the way for a more flexible, stable employment status for millions around the world. However, for Uber specifically, the absence of one phrase makes this painfully shortsighted at best and purposefully negligent at worst: self-driving cars.

Not once in his 1000 word op-ed, nor in his 18-page follow-up, does Khosrowshahi mention autonomous vehicles or their potential impact on the nearly one million Uber drivers in his employ. And considering Uber has invested over $1 billion into the production of a self-driving car, it's safe to say it's only a matter of time before this call to action is rendered meaningless by the evolution of technology.

Simply put, it's pretty easy to call for improved benefits for your drivers when you know that it's only a matter of time before drivers, particularly in the ride-share industry, are a thing of the past.