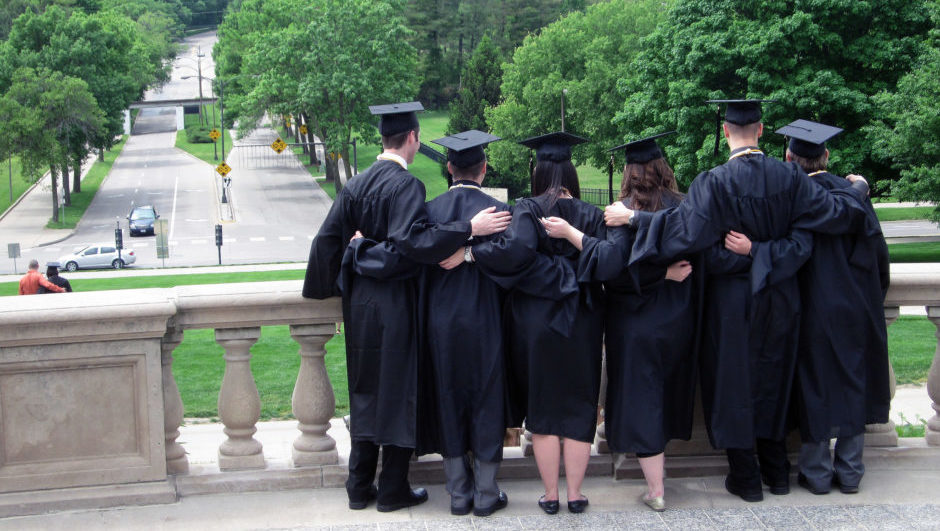 College has been a staple of successful students for decades.  And while the value of college has been in question in recent years due to sky-rocketing prices and a paltry job market, it is no secret that higher education gives you an advantage over high school dropouts. And according to a recent study from Georgetown University's Center on Education and the Workforce, they are more prevalent in the workforce than ever before.

The study conducted research to find out how many recently created jobs were being held by college grads. As the data showed, nearly 11.5 million of the 11.6 million jobs created after the 2008 recession are held by employees that have some college work under their belt. Furthermore, 73 percent of the 11.6 millions have a full-on bachelor's degree. And while people claim college isn't a good investment, these numbers do little to back that claim up.

Perhaps more interesting, this data shows a substantial shift in the US workforce as a whole. As The Wall Street Journal noted, this is the first time in the history of our country that college-educated employees outnumber those with high school degrees or less. As college grads have grown to a whopping 36 percent of the workforce, high school grads and dropouts now only account for 34 percent.

“Jobs are back,” says the author of the Georgetown report. “They are not the same jobs lost during the recession. The Great Recession decimated low-skill blue-collar and clerical jobs, whereas the recovery added primarily high-skill managerial and professional jobs.”

At a certain level, this shift had to be expected. The surge in innovation created millions of technologies that require more than a high school diploma to understand, let alone operate. Similarly, with higher education becoming more and more integral to the schooling process, people are trying harder than ever to get into a good school to earn a decent wage. And while the job market doesn't reflect the need for these budding college grads, good luck getting an interview without a degree from an esteemed, or even just existing, university.