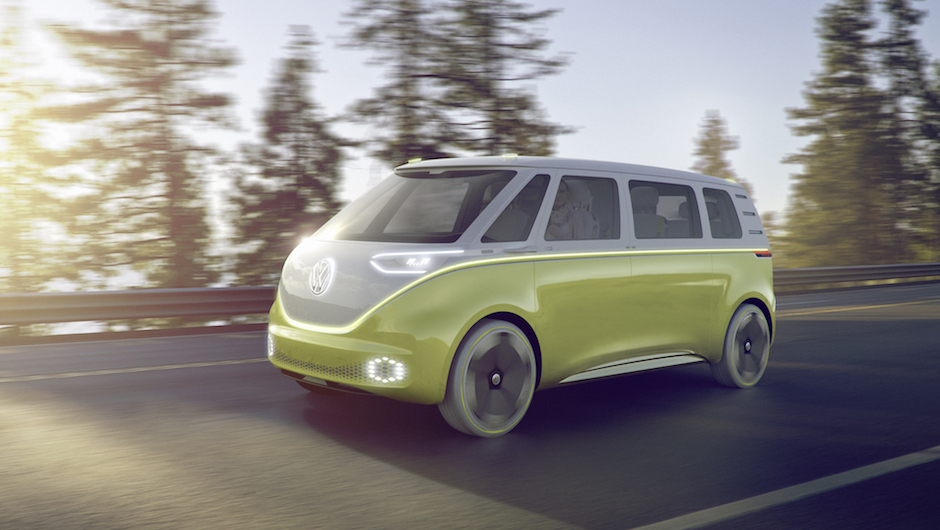 The United States has suffered from a VW bus obsession since the boxy little microbus became a symbol of freedom as a hippie van transporting people and their gear to concerts and anti-war rallies in the 1960's. My parents had a VW Bus and I remember it vividly because it was like a Transformer; a multi-purpose vehicle, you could literally pop a camper top up and anywhere you stopped could become your campsite. As a kid, there's nothing cooler than being able to camp anywhere, anytime. Though it was in production for 56 years starting in 1957, the VW bus has been out of Volkswagen's production line since 2013. But, after a short hiatus, the iconic vehicle is said to be making a comeback with a new VW Electric Microbus which could be available in auto dealerships by 2022. 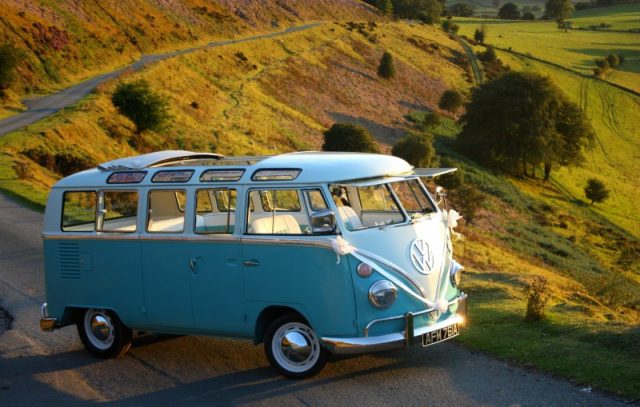 Photo of the classic Lucy VW Camper van by Split the Difference.

The VW Electric Microbus concept car, called the VW I.D. Buzz, made it's original debut in January at the Auto Show in Detroit. Here's what we might expect in the electric version of the forthcoming VW bus:

This week it was spotted on the streets of Pebble Beach (August 16, 2017) as captured by Zelectric Motors on Instagram in this photo (below). 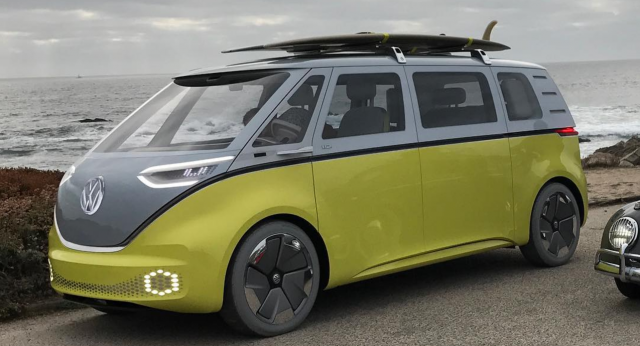 At Monterey Car Week it was announced that the VW bus was going to make a comeback with the release of the VW Electric Microbus by 2022.

The new bus will happen. The head designer told us he will “work his ass off” to make this new design a reality… in 2022-ish.

Let's take a closer look at what the VW Electric Microbus might look like with some photographs by Volkswagen. 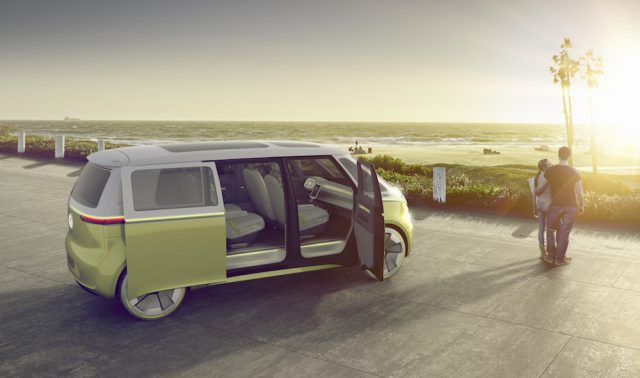 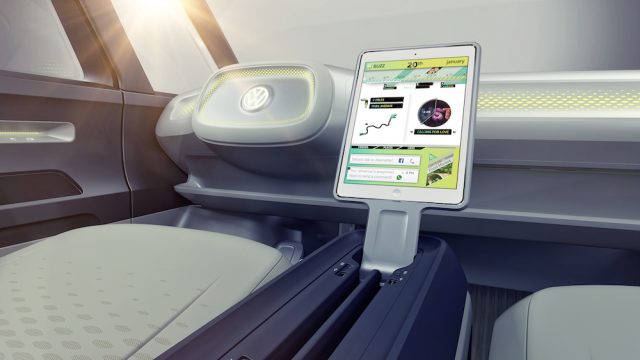 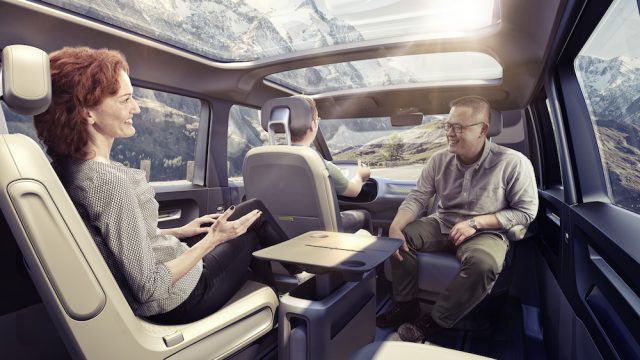 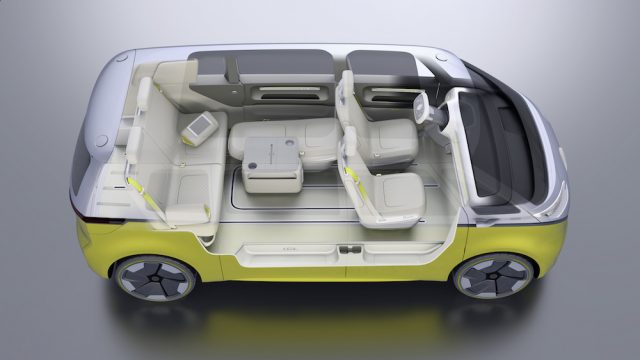 The VW Electric Microbus offers a flexible seating configuration, this is just one example. 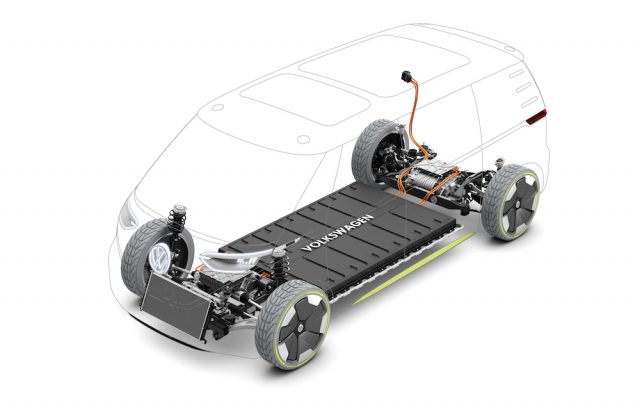 The VW Electric Microbus runs a on powerful battery similar to that of a Tesla – this is how it's configured in the vehicle. 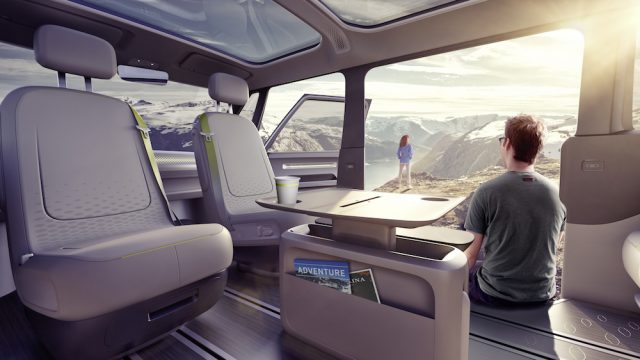 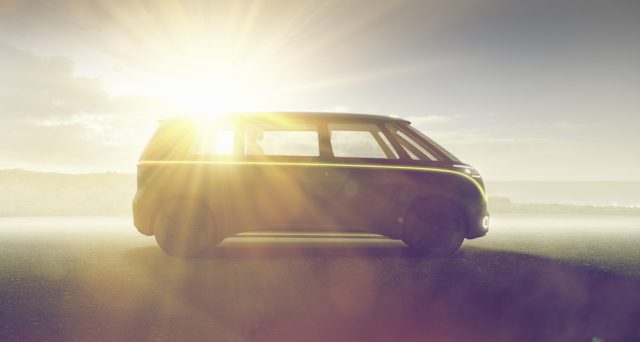 The VW Electric Microbus has a more aerodynamic silhouette than previous versions.

Finally, watch this video that shows the VW Electric Microbus I.D. Buzz interior and the vehicle in action on a drive.

These images bring a smile to my face. It's amazing what a camper van can do to bring you a feeling of joy. While 2022 is right around the corner, we can't help but wish we could get our hands on a VW Electric Microbus sooner.

Read more about innovations in automobiles on TechCo.