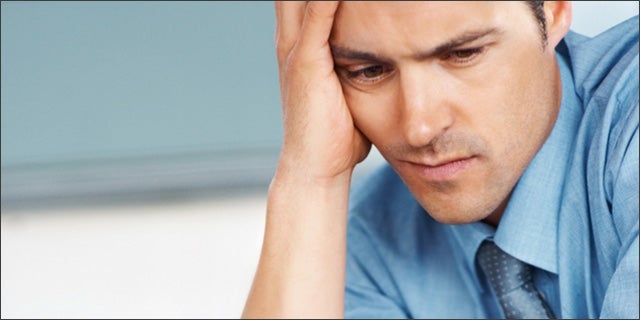 I had an interesting train of thoughts last year during the presidential elections. It started when I read Mitt Romney’s wiki page and saw his net worth. Instead of being blown away by the 9-digit figure ($400M at the time), I remember feeling moderately underwhelmed and actually muttering to myself, “Oh… well that’s not much. I thought it would be more.” I quickly realized the irrationality of my response, but I still felt almost disappointed.

This is because when I think about Romney, I don’t think about him in comparison to average Americans; my brain buckets him in with his peer group, which is “Fabulously Successful Business Icons.” Given the financial status of others that I put in that bucket, I just assumed he would be a billionaire, and when I learned that he’s not, it was almost as if he had failed somehow. My first thought was what did he do wrong to miss out on that last $600M? Instead of oh wow, this guy’s in the top one percent of one percent of one percent, which is pretty decent and better than I ever hope to do financially.

Romney’s not the king of the mountain because there is no king of the mountain. In fact, the mountain doesn’t even have a top, so there’s no possible way to reach it and nowhere for a king to sit. Think about it this way: Bill Gates isn’t as cool as Jay-Z, who isn’t as rich as Bill Gates. Neither of them are as powerful as Obama, who isn’t as rich or as cool as they are, and doesn’t even have as many Twitter followers as Bieber. Everybody is eventually a failure in comparison to somebody else.

Imagine that you have a startup company that does extremely well, and after five years and a few rounds of financing, Google acquires you for $200M. By most accounts, that sounds like an unqualified success. But for you, as the founder/CEO, you have existed in a new peer group comprised of other tech companies at a similar stage: other portfolio companies of your investors, your competitors, and every acquisition that has happened that same year.

Among that peer group, your $200M selling price probably isn’t that impressive. Your friend cashed out double what you did when his company got acquired, the guy in the next office building over didn’t “have to sell” his company because they had an IPO, and hell, Instagram sold for 5 times what you did in 1/5 the time. So, clearly, your big acquisition is actually a bit of an embarrassment – something people whisper about behind your back.

Now obviously that’s an exaggerated example, but my point is this: pretty much everything about failure and disappointment is a matter of perspective. When I went through an accelerator program with my startup, there were some companies that didn’t make it out alive. If those founders judge themselves in comparison to the companies that got funding and continued on, they could see themselves as “failures,” but if they turn around and compare themselves to the thousands of startups that apply to those programs and never get in, they’re unqualified success stories. And those thousands of companies that never got accepted anywhere still had the guts to start something, which makes them hugely successful in comparison to the timid legions that never dared to try.

Fear is an enormously paralyzing emotion. It is a plague that limits successful entrepreneurship and innovation. So much of that fear is tied to the idea of failure. For me, accepting the fact that everybody loses at some level, that we’re all just scrambling up different side peaks on the same uneven, subjective mountain, helps me see failure in a different light. And in that bright light, it’s not as scary. It’s like when I teach kids how to rock climb: I make them go up until they have a little bit of slack and then just let go. It’s only once they realize that they’re safe, that falling isn’t so bad after all, that they can be free to focus on and enjoy the climb.

Austin Rory Hackett is the cofounder and CEO of CrowdHall. He loves karaoke, pinball, and rock climbing. Follow him @austinrory.