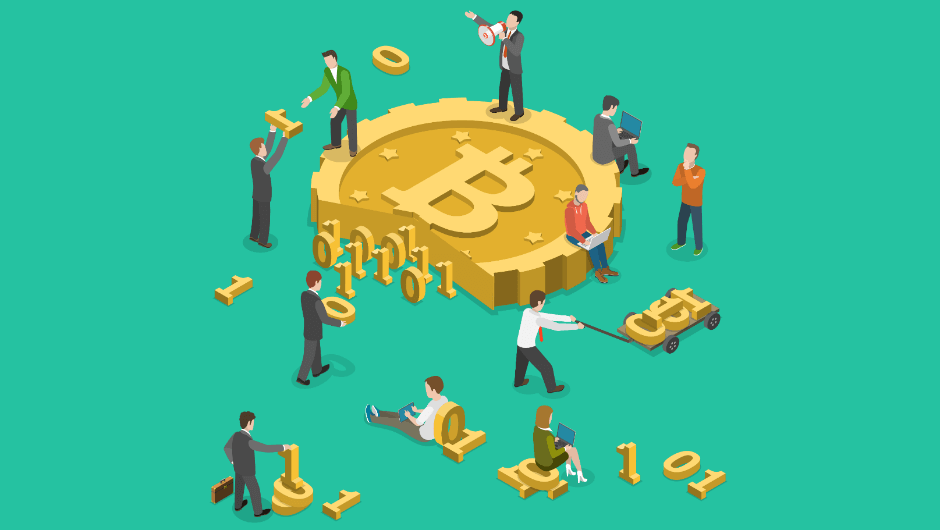 BitCoin is now at its lowest price for over a year, with a single BitCoin currently valued at around $3,963. That might seem a lot of money, but in December 2017, one BitCoin was worth around $20,000.

Since its all-time high in the middle of December, the cryptocurrency has been losing value rapidly. It fell to just under $13,000 on December 30, before jumping to around $17,500 in January but dropped again to just under $7,000 in February.

Since the start of November, the value of BitCoin has fallen off a cliff, losing $2,500 in value in less than 30 days.

So, what’s behind BitCoin’s remarkable turn of misfortune? We take a look at the big issues affecting the world’s favorite cryptocurrency.

Another issue affecting BitCoin prices is that investors in the US have to pay a 39% capital gains tax on any profits they make during a year from buying and selling the cryptocurrency.

This is because, despite the cryptocurrency label, BitCoin is classified as an asset rather than a currency. As such, it falls under the same legal framework as stocks and shares. Understandably, investors are deciding to hold onto their BitCoin investments, causing the rate of investment to slow and prices to drop.

There has also been a lack of clarity around regulation on cryptocurrencies. According to Erica Stanford, a cryptocurrency investor and founder of Cryptocurrency Simplified, “India, China, South Korea, and the Securities and Exchange Commission in the US have all introduced regulations, with no country giving a really clear or reassuring stance on crypto.” This lack of clarity has made investors less secure and more fearful.

Back in November last year, the cryptocurrency world seemed to be at a turning point. The number of transactions were on the rise and the BitCoin network was struggling to cope and led to rising transaction fees. A solution needed to be found, but the solutions presented were very different. One side suggested increasing the size of each BitCoin transaction block, while the other suggested making the transactions more efficient.

In the end, BitCoin Cash was created. This had bigger block sizes, to facilitate more transactions. It debuted on August 1 2017, and traded for $240, while BitCoin traded at around $2,700. The BitCoin price continued to increase, but clued-up investors could see the cryptocurrency was inherently volatile.

According to Standford, the BitCoin Cash hard fork has added to the uncertainty. In turn, this has led to “fear and panic-selling” in the market.

Everyone was going crazy for BitCoin last year and this brought many new and inexperienced investors into the BitCoin market.

Erica Stanford attributes much of the BitCoin bull run last year to this hype:

“Media and mainstream attention was focused on crypto and Bitcoin for the first time and the markets got hugely hyped.

“People saw the huge profits that had been made by early adopters and early ICOs and wanted in. People got excited about ICOs (Initial Coin Offerings) and many early 2017 ICOs made big enough profits for thousands of other ICOs to launch – most of which had no value or use other than serving as get rich quick schemes for the founders, but a lot of people new to investing made a lot of money from the hype, so more and more people bought into the hype…

“Media hype and mentions are now heavily down by around 85%. Media mentions tend to correlate to the price of Bitcoin and market cap of crypto. Less media mentions means less new money going in.”

Regular people started to get involved in cryptocurrency investment, for fear of missing out on the boom. And this created massive, unnatural demand in the market, which saw the price of BitCoin rocket.

However, unlike regular currencies, BitCoins are released incrementally. Plus, we know there will only ever be 21 million BitCoins issued. As Max Garza III, of Blockchaindevelopers.org, says, “This is the simple law of supply and demand at work”. The more hype and attention on a cryptocurrency, the more prices will increase.

Along with a decline in media attention since December, Google also announced in March 2018 that it would be banning all cryptocurrency-related adverts in June until further notice.

This included everything from initial coin offerings for new cryptocurrencies, to adverts for digital wallets.

Again, this wouldn’t have been directly responsible for the BitCoin price collapse. But, it would have slowed the rate of new investors buying in. This likely caused the BitCoin price to stabilize somewhat until the start of November.

While the BitCoin market is facing a number of challenges at the moment, we certainly aren’t seeing the death throes of the world’s biggest cryptocurrency.

Erica Stanford says that prices are likely to recover to the levels reached in December 2017, but “no one has any idea on timescales.” However, this recovery won’t happen overnight. “There’s still too much uncertainty in the markets – caused by regulation, new investors having lost money and panic selling, the fallout from the Bitcoin Cash hardfork, and the money that has been made by large players taking advantage of the volatility and swing trading and shorting.”

Max Garza goes further, pointing to leading financial institutions including PWC and Goldman Sachs are “going all in on BitCoin” as a mark of confidence. He even says “Get ready for the BitCoin bull run!”

However, Daniele Bianchi advises more caution, due to a “general skepticism that surrounds cryptocurrencies in general, and Bitcoin in particular. To some extent this is due to the fact that the promise to bypass the centralised economic system and enable peer-to-peer payments has disappointed so far. The massive price swings make a large-scale diffusion of BitCoin impractical at least.”

We’re still in the infancy of cryptocurrencies. In many ways, last year’s boom was reminiscent of the dot com boom in the early 2000s, with growing interest in online businesses and a relative lack of understanding about how to make these businesses sustainable.

What’s promising, though, is that the market is widely expected to recover — we just don’t know when.