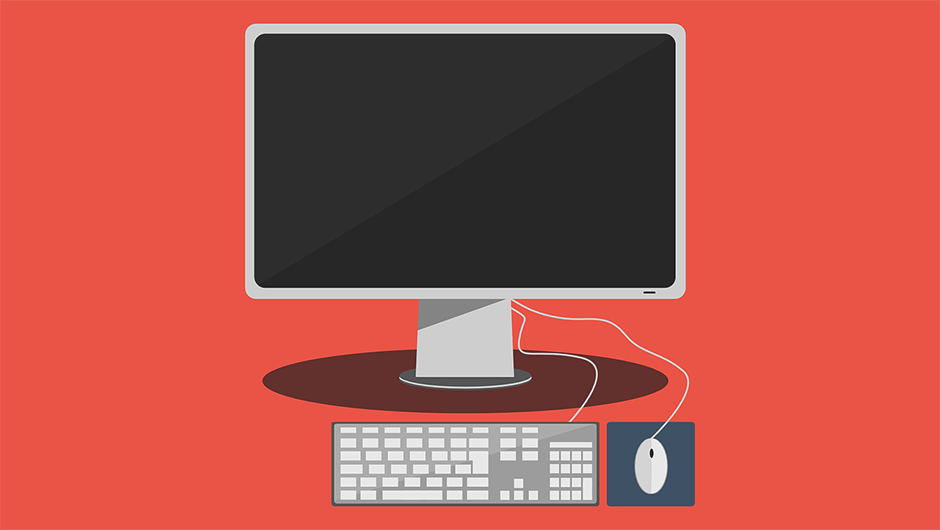 It is a fact: flat design is one of today's popular trends. It is now found anywhere – especially on Windows and Android,  the most used desktop and mobile operating systems respectively. The latter even has its own particular version, Material Design. But has led to the popularity and wide use of flat design? Why, after years developing intricate designs, is the trend going towards simple lines?

The concept of interface is easy to understand: it is the intermediate between the machine that operates on a lot of code, and the human operator which presents information in an understandable language. Interface is merely the bridge that connects these two worlds –  like a translator between foreigners speaking different languages.

In the early days of personal computing, the best way to turn such an interface into something functional was to bring the real world into the digital world. In offices, we organized our paper files in folders of yellow carton, so operating systems began to use that in order to create an iconographic representation that says “here is a folder – within it there are things, just like in real life.”

Something similar happened to buttons, as they also represented reality; they had the appearance of 3D boxes and,when pressed they had some animation to show that the button had been pressed. This was important to educate users, teaching them that they needed to act, otherwise the computer goes nowhere on its own.

Now, after years of this education, designers can create interfaces that do not mimic the real world, and start to create their own written and visual language: flat and 100 percent visual – like the design found on Windows and Android. So, flat design is successful because it is the natural evolution when it comes to digital interfaces, but also to UX (user experience) and graphic design overall.

With this new kind of interface, it will be curious to see what the future has for us in terms of design. We already had a preview with Windows 8, 8.1 and now 10, and also with mobile operating systems like Android and iOS. Surely there are still novelties to come, and that is the most exciting part about this.