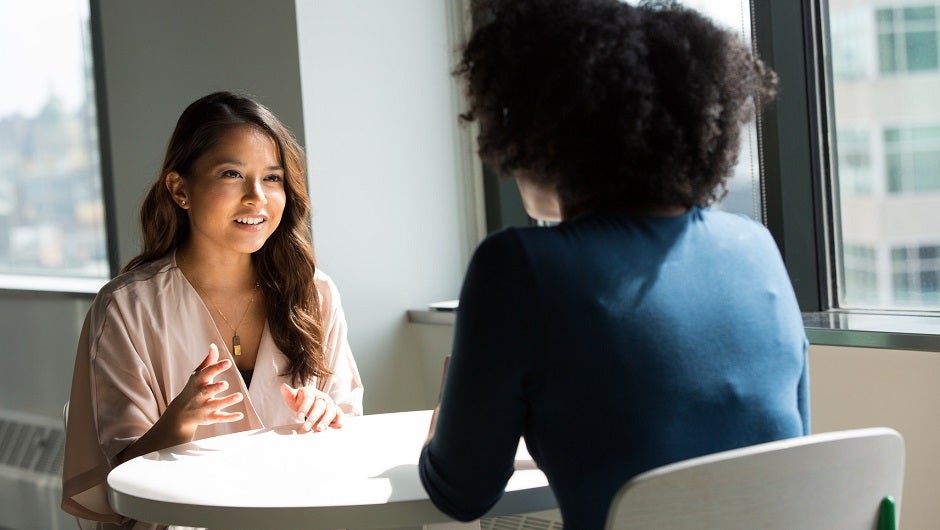 We’ve all heard different versions of the same statistic: According to the Census, women make up 59 percent of the entire workforce in the United States and 51 percent of the country’s total population, yet women account for just 30 percent of the labor pool in the tech industry. What’s more, only about 16 percent of those women hold technical positions and a mere 23 percent are in leadership roles.

That’s embarrassing. As the father of two daughters—one in junior high school—I find those facts troubling. What’s even more infuriating is the inequity in pay among men and women: Women are making only about 80 cents for every dollar earned by men. My wife and I are raising our daughters to chase their dreams, to become whatever it is they want to become. These statistics force me to acknowledge—to myself and to them—that like all women, my daughters will be swimming against the current.

What is encouraging is that this important issue of women being underrepresented in tech—as well as LGBTQ folks and people of color—  continues to attract more and more attention. Startups and industry leaders are hosting events and even launching entire incubators focused on diversity and inclusion. And this goes beyond tech. Hell, the Women’s March on January 21, the day after President Trump’s inauguration, galvanized millions of women and members of other underrepresented communities and their supporters, not just in the United States but all over the world.

All of that’s great—but there’s still a lot of work that needs to be done.

At Galvanize, I’m proud to say that more than half of our executive leadership team is comprised of women. We’ve also had recent cohorts with high percentages of female students. In Boulder, for example, G32 and G36 were 60 percent and 46 percent women, respectively. Still, that’s not nearly good enough. We need to strive for those kinds of numbers consistently across all of our cohorts.

Working for equality isn’t just the right thing to do—and by the way, that should be enough motivation for each and every one of us to do all we can do—the fact is, it’s also the right thing to do for business and for the economy. Studies conducted by the National Center for Women & Information Technology have shown that gender-diverse companies:

This is such a big, broad topic that I think sometimes it can feel daunting to even begin to tackle; at least, I know that’s how I often feel. On our Galvanize campuses in Denver and Boulder we’re fortunate to have a group called gWomen that meets monthly to dig in on one specific topic or theme related to women in tech. This month at the Boulder meetup, Alison Hughes, who spent nine years as a software engineer at Apple and recently co-founded her own consulting business, Little Barn, spoke on an important aspect of this problem: Imposter Syndrome.

Oh, and Alison also studied biology at UCLA and before her Apple days spent about a decade as breakbeat techno DJ.

So, undoubtedly successful by just about any measure, Alison began by talking about how still to this day she sometimes feels like a professional “imposter,” and went on to explain that that’s a real thing. Alison defined “Imposter Syndrome” this way: “A pervasive feeling of self doubt, insecurity, or fraudulence, despite often overwhelming evidence to the contrary.”

Think of it like this, she said: You’ve just received a prestigious, well-earned promotion, and you walk into a meeting at which everyone congratulates you. What do you say? Maybe something like, Others helped me get here or I got lucky. That, Alison explained, is bullshit. What Imposter Syndrome does is prevent women from proudly announcing the real answer. Something like: I earned this or I was the best person for the job.

To this day, Alison said, she still struggles with taking credit, even when it’s abundantly and clearly appropriate. She said it all comes down to how you perceive your own ability. She implored the other women in the room at the meetup to believe in themselves and take credit for what they’ve earned. (Also: Apparently, 70 percent of the population experiences some form of Imposter Syndrome, and it’s not just women.)

As a CEO of a tech company, when I think about what Alison had to say it gets me thinking about how lucky I am to have a ton of smart talented women on my team and in my life—and how none of them are imposters. It gets me to thinking about all of Galvanize’s brilliant female students and alumni, and of the female business founders who have chosen to launch and build their companies with and within the Galvanize community.

As a father of two young girls, when I consider the real challenges of Imposter Syndrome, it also makes me think about how Galvanize and other industry leaders need to do more on this issue. It should go without saying, but it needs to be said, and actually, Supreme Court Justice Ruth Bader Ginsburg might have said it best: “Women belong in all places where decisions are being made…. It shouldn’t be that women are the exception.”

That, more or less, is what I tell my two daughters. But I think it’s also a message that CEOs and leaders in the tech industry need to send more loudly and regularly to their colleagues and employees. Indeed, it shouldn’t be that women are the exception. Let’s make women the rule.

Read more about women in tech here on Tech.Co