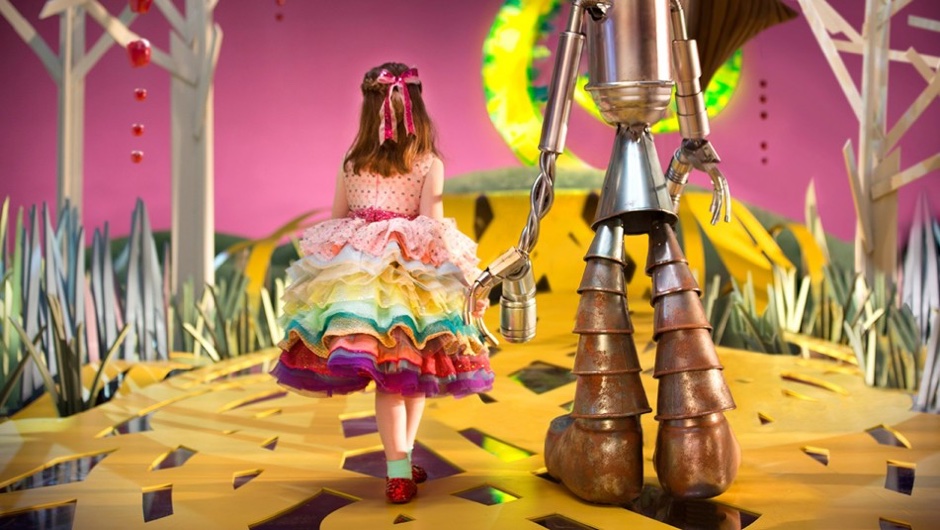 What does a 7 year-old blind girl see when she watches her favorite movie, The Wizard of Oz, on TV?

“It's different because you can see the screen and what's happening. I can only hear it. So I take it into my brain and I think about: what would it look like to me? I record it and write in my brain,” explained Emily.

Comcast XFINITY set out to create Emily's Oz using her imagination (and directions) and created a new ad, focusing on XFINITY's technology accessible to those with disabilities. There are an estimated 8.6 million people in America with visual impairments, and technology continues to change their lives more than any other group. Innovations such as the first blind computer with speech synthesizer, to cars fit for non-sighted drivers, are helping bring independency to those who previously relied on others to lead regular lives.

XFINITY built the X1 Entertainment Operating System to include the first talking guide, a voice guidance feature that gives customers with visual disabilities the freedom to independently explore thousands of TV shows and movies. The talking guide “speaks” what's on the screen and includes details such as program descriptions to help customers decide what to watch. Plus, with video description customers can hear audio narration of key visual elements in the programs they're watching. It also includes accessible mobile apps and the new voice remote.

“By bringing the talking guide to as many people as possible, we can help to bridge that gap and make entertainment just as compelling, captivating and fun for people with a visual disability as it is for anyone else,” said Tom Wlodkowski, Comcast's vice president of audience, who has been focusing on the usability of the company's products and services for people with disabilities to AdWeek.

As for Emily's version of the classic Wizard of Oz, seems like her idea of what the story should look like is much cooler than the original.

Disclosure: This post is sponsored by XFINITY, but all opinions belong to Tech.Co