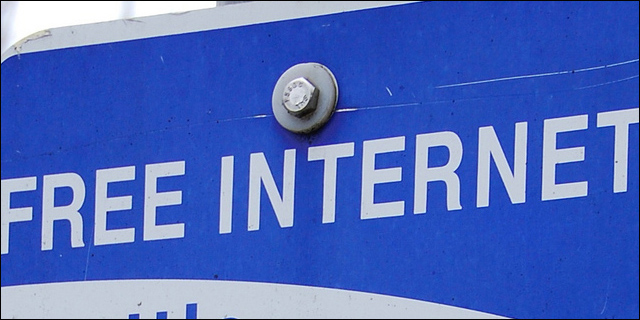 Net neutrality is a hot-button topic, and for good reason. The Federal Communications Commission and the U.S. Supreme Court are rapidly pushing us toward a future eerily similar to the highly controlled media world of “The Hunger Games” by not supporting net neutrality.

The collapse of Internet equality makes it all but impossible for entrepreneurs to compete with the big boys, and it means that the Internet as we know it could soon be controlled by a handful of players.

For those who are still confused by the issue, net neutrality is the idea that Internet providers should treat all websites and services the same. This debate started when Comcast charged Netflix for premium access to its video-streaming service. Streaming video is costly to Internet service providers like Comcast, so in an effort to turn an obstacle into an opportunity, providers want to force web giants like Netflix, Facebook, Pandora, and Amazon to pay for increased web speed to their sites.

From a consumer point of view, this means Netflix videos will load faster for Comcast subscribers than Vimeo (if Vimeo doesn’t also have such a deal with Comcast).

All of this seems to work out for the end consumer, with one exception: What if you don’t use Netflix? If you prefer to deal with another company — say a streaming video startup — you’ll have to deal with throttled speeds, making Netflix seem like a more solid service (when, in fact, Comcast is responsible).

The Perils of Monopolies

This speed issue is a problem in itself, but it’s also a preview of what’s to come. ISPs aren’t just controlling connection speeds; they’re controlling content.

Verizon Wireless turned down a request from pro-choice group NARAL for a five-digit “short code” that would allow people to subscribe to the group’s updates, saying it would not service programs from any group “that seeks to promote an agenda or distribute content that, in its discretion, may be seen as controversial or unsavory to any of [its] users.”

Supporters of net neutrality argue that these types of incidents will become more prolific as corporate money erodes existing rules. Companies providing access to the Internet can allow or prevent whatever they want.

Large companies can afford to pay for whatever they need, but the same isn’t always true of nonprofits, political groups, and startups. This inequality will change the face of the Internet as we know it.

Corporations will have the ability to censor information that may or may not be acceptable to them. In the political arena, a party’s message could gain top priority in terms of viewership and bandwidth over a conflicting viewpoint. Those geographic regions with only one cable provider may not hear about issues and topics that are important to them due to the possibility of a degraded, compromised, or censor-driven provider.

The degradation of net neutrality has far-reaching consequences. Imagine an Internet that demands you pay separately for access to streaming video, music, games, and other content, just as you would add a sports or movie package to your cable bill. What if commercials appeared as soon as you connected to the Internet?

Corporations need sound business models — it’s important for the strength of our economy and for the shareholders of those corporations. However, we have to be very careful about the laws and regulations we put forward and understand the broader, long-term implications of those rules.

To an extent, the cat has been let out of the bag with the FCC and the Supreme Court allowing Internet providers to charge companies for bandwidth usage, but the issue is far from settled.

Once the competition for bandwidth is strangled, the content you view online will be controlled by the small handful of Fortune 100 companies that pay to put it there. As an entrepreneur, this is a horrific scenario.

Net neutrality isn’t gone yet. Regulators have proposed new rules that would stop ISPs from blocking or slowing down access to websites but would allow them to charge companies for a “fast lane.” However, the debate continues, and the FCC has yet to release a written version of the plan. Every voice counts, so if you’re an Internet user or an entrepreneur, contact your representatives to voice your opinion on net neutrality.

Daniel Riedel is the CEO of New Context, a systems architecture firm founded to optimize, secure, and scale enterprises. New Context provides systems automation, cloud orchestration, and data assurance through software solutions and consulting. Daniel has experience in engineering, operations, analytics, and product development. Previously, he founded a variety of ventures that worked with companies such as Disney, AT&T, and the National Science Foundation.