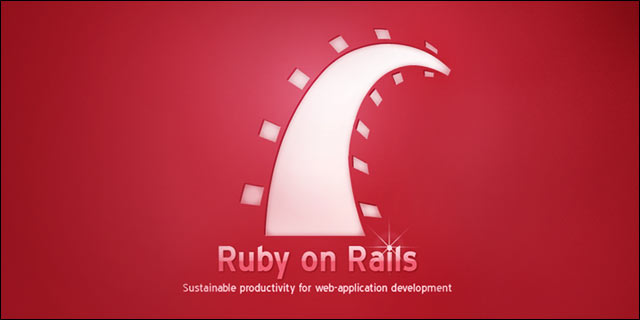 When it comes to developing business web applications, companies are faced with a tough decision. There are a variety of development platforms or programs to choose from including Java, Python, and Ruby among others. But in my experience, Ruby on Rails is the go-to app for developing web apps for your business.

What is Ruby on Rails?

This has resulted in the meteoric uptake of the language by commerce giants such as Amazon, Cisco, Yahoo!, NASA, and many more. Ruby is so versatile that some of the biggest startups of the last few years are built largely on Ruby on Rails. Examples include Groupon and Scribd with a combined subscriber base of over 100 million.

What Makes Ruby So Attractive?
If you want to get more out of the time you invest in development, Ruby is the app development platform to use. This is one of the reasons why Ruby is so popular — developers get more done than they would with other languages.

When it comes to custom software for app development, companies have to contend with a number of considerations. On the one hand, they seek to create an application that sets them apart from the competition, and, on the other hand, they also need to create functional software that makes data gathering and exchange fast and efficient. The versatility and speed of Ruby make all this possible. Ruby allows companies to develop a competitive advantage while at the same time creating beautiful and functional web apps. Ruby programming is also simpler and cheaper compared to traditional web development processes.

But It’s Not All Rosy When It Comes to Ruby
Despite the huge uptake in Ruby for Rails, there are still some programmers who feel that regardless of Ruby's popularity, Java still is a more efficient language. It could just be a case of traditionalists refusing to embrace the new kid on the block, but the efficiency argument faces a heavy challenge.

When it comes to selecting a development platform, cost — of course — is a big factor companies must consider. The fact that a large number of companies are opting for Ruby could be an indication that development costs are less than with other programs. As Ruby evolves to take its place alongside app development tools including Java, its early entrant badge places it at a slight disadvantage. It is regarded as a techie-friendly language as it has been used in many startups, but has not been tested as an enterprise-scale app building platform.

When Java first arrived on the scene, similar arguments were posed, and this could be the case with Ruby as well. However, as it stands, Ruby has proven to be an efficient platform which allows faster development, reducing costs in the process. It has become the number one choice because it allows users to create scalable web apps, and it is set to become the language of choice over .NET and Java for speed and agile development.

Jobs and the Future
The trend is certainly positive for Rails developers. According to Indeed.com, Ruby on Rails developer jobs are in demand with Ruby developers finding it very easy to get work. The growth of the cloud and the influence of companies such as HP and VMware indicate that Ruby is on the rise because it is the preferred language for cloud applications, too.

Lauree Roberts is passionate about technology and is working at Allerin, an International Ruby on Rails development and outsourcing company located in New York, USA and India. Allerin primarily focuses on RoR technology to develop innovative websites as well as web applications for start-ups.