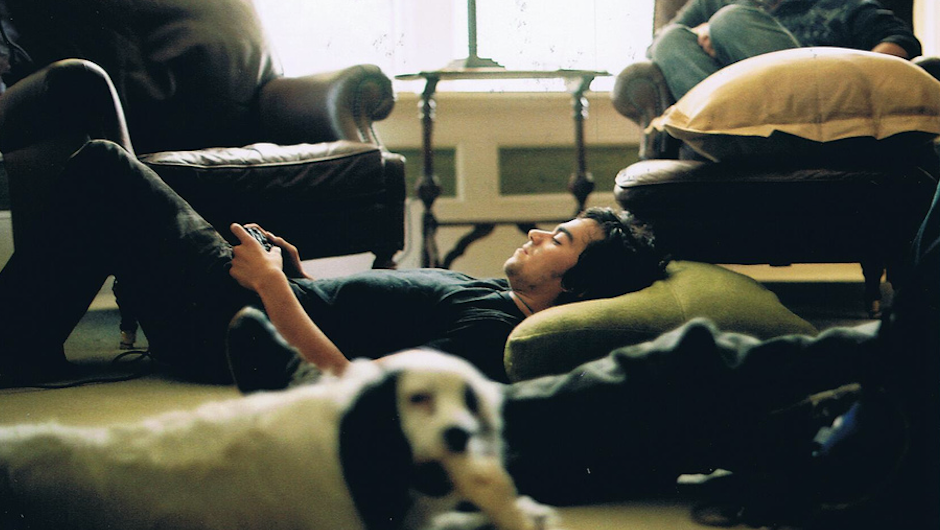 It's no secret that the job market has fallen on tough times. While unemployment is lower than it has been in recent years, millennials are having trouble getting their foot in the door of a respectable career, particularly those without bachelor's degrees. And while this may seem like a problem that needs addressing, there are a few statistics showing that they might not care about their future in such a reward-less culture.

According to research conducted by the Federal Reserve Bank of Atlanta, young men without a college degree are opting out of the employment game in search of a happier life. Because of the lack of immediate rewards, these millennial gentleman have decided that videos games and parents' basements are a better fit for their lifestyle. And it appears to be working for them.

“Happiness has gone up for this group, despite employment percentages having fallen, and the percentage living with parents going up,” said the University of Chicago’s Erik Hurst, an economist at the Booth School of Business who helped lead the research. “And that’s different than for any other group.”

The stats are unfortunately pretty damming. According to one source, unemployment in men age 21 to 30 without a bachelor's degrees has reached 22 percent, representing triple the amount of unemployment men of the same age in 1970. 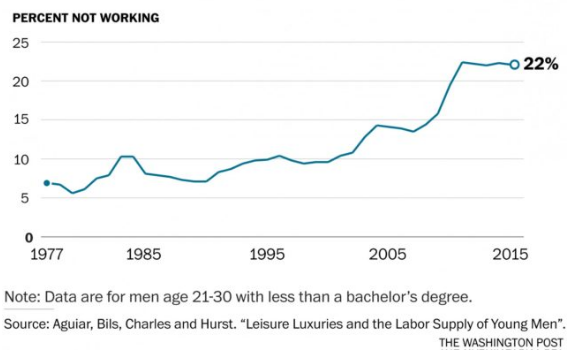 From a psychological standpoint, this transition is far from confusing. With more and more part-time positions becoming common place, young men aren't seeing rewards for their hard work. Where a video game provides you everything from loot to experience, these jobs provide no guidance, no support, and, most importantly, almost no money.

While young men in this position are recording strikingly high happiness levels, the effects will likely not last. With a lack of notable experience in the workforce, these men will have an incredibly difficult time finding viable employment into their 30s and 40s. And with persistent unemployment being linked to depression, it's only a matter of time before these unemployment gentlemen see the error of their ways.