Cyber Monday is about one thing: Deals. However, Apple isn't particularly keen to offer even small discounts on any of its products.

That said, if you look hard enough, you can find some deals on Apple's wares – even on its newest Series 6 model. And while you won't find them at Apple, retailers and carriers such as Amazon and Verizon will give you a welcome price cut on the world's favorite smartwatch.

The Apple Watch Series 6 is the best smartwatch on the market today. Although it may appear to have changed very little from the Series 5, there are a few never-before-seen features.

The new touches worth mentioning include a raft of sleep tracking abilities and a nifty blood oxygen monitoring feature. It also has a better processor, brighter screen and charges quicker than the previous model, but retains the same 18-hour battery life. 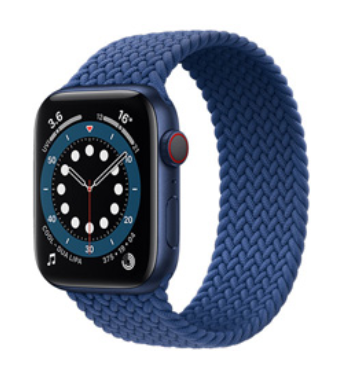 Save on Apple's latest Smart Watch this Black Friday! 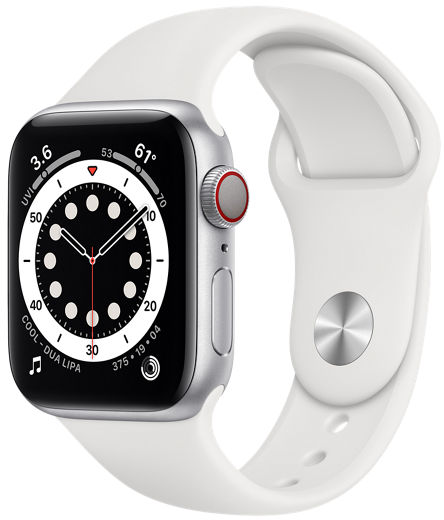 Or choose from 11 color options with AT&T:

The Apple Watch Series 5 is last year's greatest smartwatch, taking the redesigned Series 4 and adding a raft of usual new features. It's worth considering — if that price drops a lot by Black Friday. As it stands now, the device is about the same as the (better) Series 6.

It maintains the big, bright OLED screen from the Series 4 but adds always-on functionality to make your Apple Watch feel more like, y'know, a regular Watch. Despite the new permanently on display, you should get the same 18-hour battery life as the older models, as well as improved accelerometers and G-force sensors.

The big news for the Series 5 was the range of health tracking improvements it offers. For example, it has a decible monitor to keep an ear out for when your surroundings are loud enough to damage your hearing. Plus, it has an advanced new menstrual cycle tracking feature. The Series 5 gets a new compass feature to prevent you getting lost.

When it comes to choosing a model, the only differences between the 42mm and 44mm is the overall size of the Watch. If you like a chunky timepiece, we'd get the 44mm. There are, however, a range of special versions with different case materials and bands to choose from. There's the Apple Watch Nike, with a different sporty band; the Apple Watch Hermes, with expensive leather bands; and the Apple Watch Edition, with ceramic or titanium finishes — we wouldn't bother with any of these. 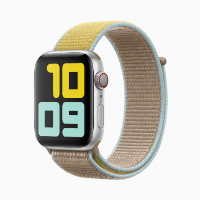 The Series 4 is now over two years old, but looks surprisingly up-to-date, both because it has essentially the same design as the Series 5 and Series 6, and because Apple doesn't have much serious competition when it comes to smartwatches.

Like the newer version of the Apple Watch, it has a big, bright OLED screen — just without the always-on feature. Again, like the Series 6, it has 18 hours of battery life.

However, compared to the Series 3, it has a range of improvements. For example, it has reworked accelerometers and gyroscopes to detect and more accurately track your exercise and activity, an improved optical heart sensor for more accurate heart rate monitoring, and a new Digital Crown with haptic feedback, making it even more effortless to use.

The Series 4 is thinner than the Series 3, making it more comfortable while also being able to display more information on the screen. Truth be told, we'd almost always choose a Series 4 over a Series 3, especially given its price reductions.

When it comes to choosing your flavor of Series 4, there's precious little to choose between the 40 and 44mm versions. The 44mm version will make the screen larger and easier to see, but won't have any functional difference. 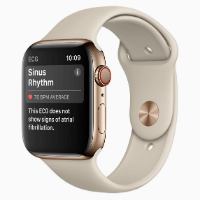 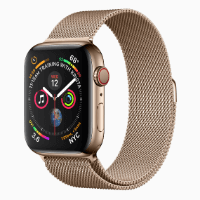 The Series 3 offers many of the same features as the Series 4, and is even able to run the same WatchOS 5 operating system. It doesn't get the edge-to-edge screen offered by the Series 4,  but the OLED display is still sharp and bright.

So, is it a viable cut-price alternative to the Series 4? We think it might be. 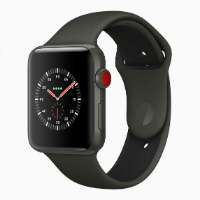 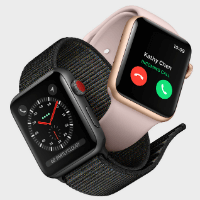 View all Deals on Tech.co