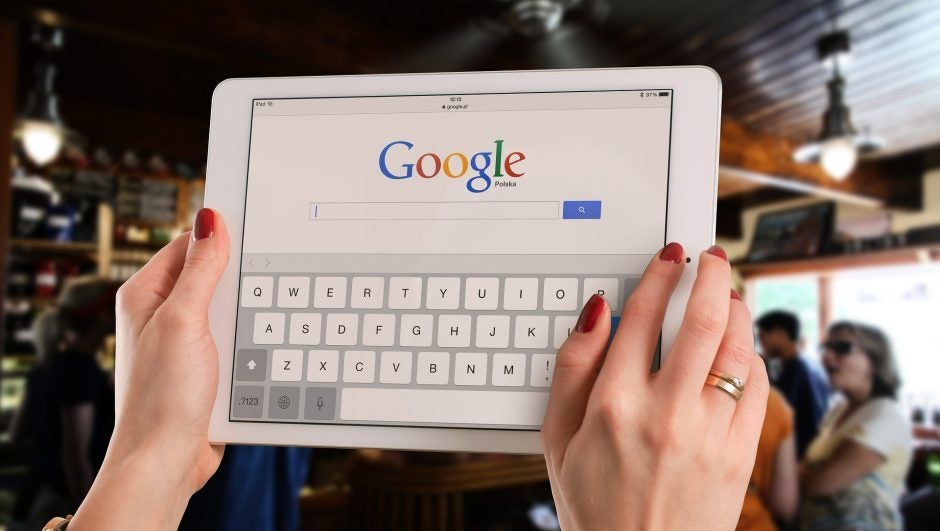 In recent decades, the internet has gone from delightfully convenient perk of the tech community to an undeniable necessity for human life. Everything from work communications and bank transactions to personal calendars and family photos are now stored on the web, making the internet that much more important to everyday citizens. But could you live without internet? Apparently, it depends on where you live.

According to a survey from Ipsos, India is the country most reliant on the internet, as 82 percent of respondents from that area claim that they can't imagine what life would be like without it. The United Kingdom (78 percent) and China (77 percent) rounded out the top three, with Germany and the good ol' United States tied for fourth place at 73 percent.

With an estimated 3.6 billion internet users around the world, this survey rings true across the board. As five of the most connected countries on the planet, India, China, Germany, the UK, and the US house more than avid social media users and committed video gamers. Between government initiatives, social outreach, and banking programs all running through the world wide web, these countries aren't being dramatic when they say they need the internet on a day to day basis. They're being realistic.

No one is arguing in favor of dismantling the internet. As perhaps the single greatest invention in the modern era, the connections it has fostered, the convenience it has created, and the innovation it has bred are undeniably making the world a better place. Plus, it allows everyone to enjoy the Information Age in all its glory.

“Only by giving people around the world access to this technology can they tap into the potential of the Information Age,” Al Gore famously said.

If you want to see which other countries believed they couldn't live without internet, take a look at the graph below and make sure to visit the original study on Statista here. 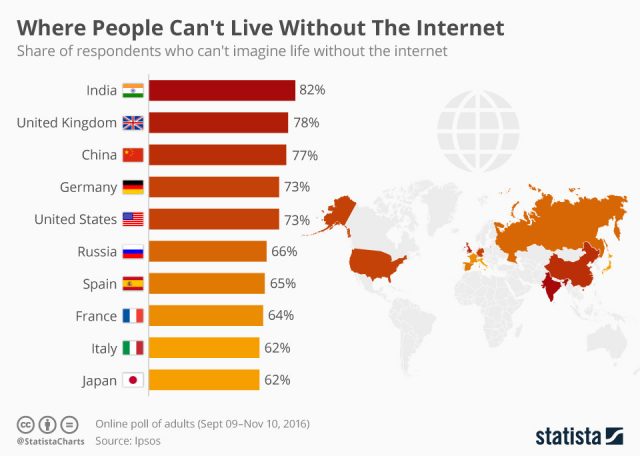