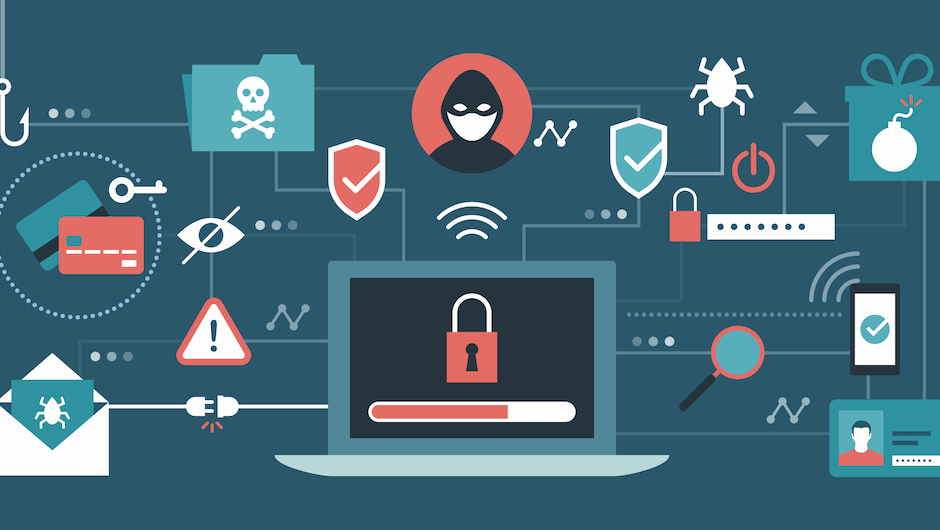 This year, if there’s one thing we’ve learned, it’s that hackers and scammers have become more resourceful than ever. From phishing schemes to phone text message scams, these clever criminals have turned the digital world into a veritable minefield of malicious links and seedy behavior.

Fortunately, we’ve been looking out for you by keeping an eye out for scams as they emerged this year, helping to keep our readers abreast of all the online scams that could be clogging up their inboxes.

In the past year, we’ve come across a number of creative, elaborate, and downright silly online scams that made the rounds. Here are some of the top offenders from 2018

Take a look at some of the worst ones we found and make sure to keep your personal information safe in the new year! 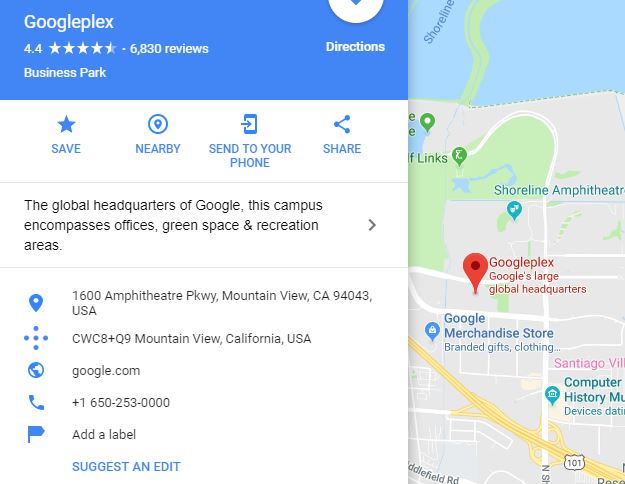 Whether you’re looking to beat traffic or trying to avoid getting lost, Google Maps is the go-to app for your directional needs. Unfortunately, hackers have taken advantage of how trusting users are when it comes to this handy app.

All a scammer has to do is alter the contact info of certain businesses for long enough to steal the money from your bank account.

The Google Maps scam, which surfaced just a month ago in India, is painfully simple. Because Google Maps allow users to edit business details, scammers are able to change the contact number of a local business to their own. They then wait for unsuspecting callers to pony up their banking information in hopes of booking the service in question.

The final step? They drain the bank account, and you’re left questioning the trusty app that can get you from point A to point B.

With natural disasters and economic crises taking hold around the world, the role of charity is more important than ever.

Tragically though, these kind-hearted gestures are often accompanied by online scammers trying to take advantage. And yes, 2018 has been a banner year for this kind of deplorable behavior.

Online scams through charities have become such a problem, in fact, that the Federal Trade Commission has launched an awareness campaign in an effort to keep people informed about the best ways to give to charity. The campaign also founded the first International Charity Fraud Awareness Week to make sure people aren’t being taken advantage of on a regular basis.

The prospect of having your Netflix account go down in the middle of a binge session is terrifying, but rest assured, you have nothing to worry about. This scam, which surfaced in June, became all too common in inboxes around the country, as phishers went after Netflix users' personal information by claiming their accounts had to be verified to continue watching.

Equipped with the Netflix logo and a branded “Netflix Support Team” sign off, the email screams phishing scam from a mile away.

Threatening a “suspension of your netflix membership” (seriously, they didn’t even capitalize Netflix), the scammers ask for you to send along all your payment and billing information to get your account up and running. Of course, they then use that to steal your identity.

Amazon is the go-to source for online purchases, which makes it a seriously attractive target for scammers looking to access people's account and payment details.

Scammers and phishers use the global popularity of the world's biggest retail website to try to steal everything from personal information to banking data. And phishing emails are one of the ways they do so.

This scam from back in March found that phishers were sending phantom Amazon invoices to users, asking them to verify purchases they had never made.

Once you click on the (admittedly convincing) email, you’ll be directed to a phishing site that will steal all your personal information as soon as you input it. So don’t! 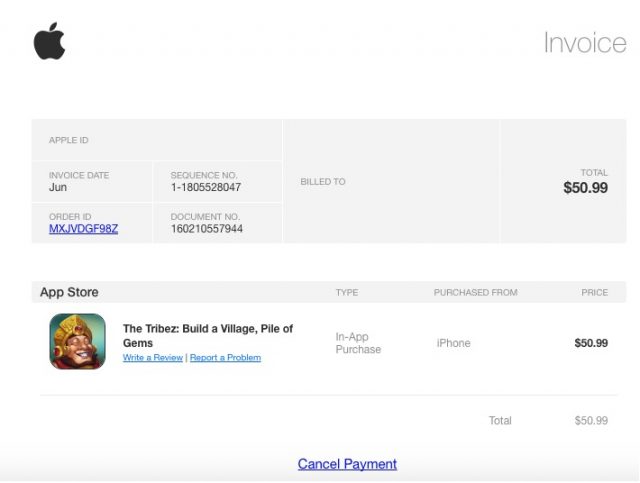 If you still use Apple iTunes to purchase songs, apps, and games, you’re going to want to watch out for this classic trick.

Because there’s nothing worse than being accused of buying something you didn’t, this scam works pretty well. At least, it used to!

You’ll like receive an email in your inbox purporting that you purchased something unrecognizable. When they tried to scam us in August, it was a $50 game that we had never heard of.

Once you click on the link to cancel the purchase, you’re asked a lot of personal information that, you guessed it, will go towards stealing your identity and harvesting your data.

5. No Such Thing as a Free Skin

Surfing the web is an inherently dangerous place when it comes to online scams, but video games are safe, right? Wrong!

If you’re playing Minecraft, be sure to keep an eye out for an online scam that is infiltrating a number of systems through malicious links offering a “free skins” deal.

Skins are the images that determine what your character looks like in the game. When we came across this scam in May, players were receiving spam messages from bots offering “custom character skins” for free, along with a link.

Everyone loves to travel, which makes it all the more difficult to pass up an opportunity for free airline tickets when it comes along. However, when it comes to free travel, it’s usually too good to be true. At least, that’s the case with this WhatsApp-based phishing scam that surfaced in May.

The scam offers two free Virgin Atlantic tickets to a destination of your choosing.

Users receive a simple text with the offer, equipped with a very real looking Virgin Atlantic link. However, if you look a bit closer, you’ll notice the “r” has a small dot beneath it, a clear indicator of a malicious link.

Like all phishing scams, you’ll be asked to input your personal information to take advantage of the deal, but by then, it’ll be too late.

Have no fear; Rowan Atkinson, the actor who plays British goofball Mr. Bean, is very much still alive. However, last August, a video claiming to originate from Fox News claims to show the final moments of the popular actor’s life.

That is, of course, as long as you download and purchase a new software to view the video…

Of course this is an online scam. Once you’ve purchased and downloaded the software to view the video, the scammers will have their way with your bank account, leaving you with nothing but an empty wallet and a notable relief that your favorite British actor is still alive and kicking. 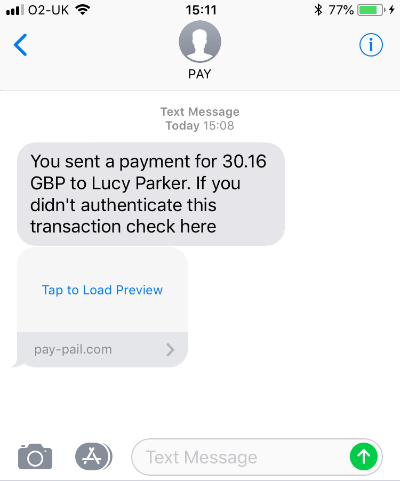 While online payment platforms like Venmo and PayPal provide a lot of security, there’s not a lot they can do about online scams that take their branding.

This means you need to be extra vigilant when dealing with emails that claim to be from these services. And this online scam from July is no different.

If you’re targeted for this scam, you’ll receive a text message insisting you paid someone a specific sum of money via PayPal. The message explains that if you’ve receive this in error to follow the link to cancel it.

Unfortunately, this link leads you to a surprisingly sophisticated phishing site designed to look just like PayPal (and it does).

Make sure to delete the text and report it to “spoof@paypal.com.”

Spam calls are nothing new, but what if the number calling you was your own? Would you answer it? How could you not?! After all, it could be you from the future warning you not to bet the house on the Steelers! Unfortunately, in this situation, it’s just a really clever scam.

This scam is undeniably genius, as your own number is likely the only spam call anyone would pick up.

Once you do, you're treated with a voice message that says, “Your account has been compromised by AT&T. At the tone, please enter the last four digits of the main account holders social security number.”

Do not follow these instructions. This will give a very valuable piece of guarded information to someone clever enough to come up with the last great phone scam; the worst of 2018.

The sad truth is 2019 isn't going to get much better for online scams, so be careful out there, and check back with Tech.co for more guides on how to handle the hackers.