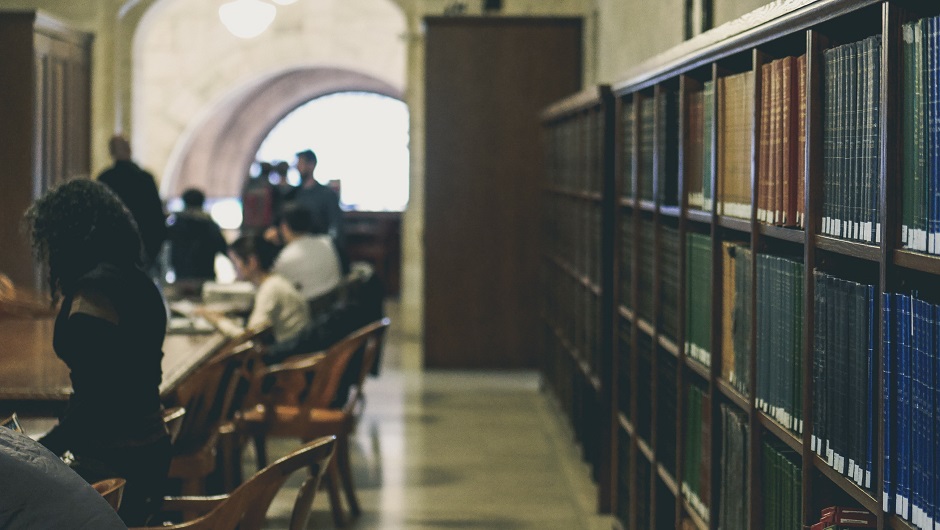 Modern marketers insist on being the voice in the room that forces everyone around them to stop and listen.

However, reaching influencer status today is certainly easier said than done. With so many channels in a seemingly crowded marketing sphere, how can newcomers to our space possibly hope to break through the noise and have their voices heard?

The solution may very well be in the form of educational content.

After all, those who have the chops to teach the masses obviously have the potential to grow their own audience and therefore draw the attention of fellow influencers. If you aren't teaching your prospects why you're the solution to their most compelling problems, chances are your competitors are.

Likewise, it's not necessarily the education itself that matters the most to today's customers, but rather how you go about delivering your wisdom.

Consider the rapid rise of webinars as modern marketers are looking to attract an audience to educate in real time. This recent report by Clickmeeting reveals some rather telling information about the extent to which today's users want to learn through webinars.

What are the key takeaways for marketers looking to rise to the top via teaching their audience?

For starters, audiences aren't always looking for more than bite-sized information despite popular belief, but rather in-depth looks at topics of interest. With an average attendance duration of approximately 56 minutes, modern marketers today are expected to boast some serious knowledge of their niches to gain traction.

Likewise, the spike in webinar attendance signals that users want to learn in real-time versus consistently relying on previously taped tutorials.

So what does this mean for marketers looking to teach their base?

While the concept of free content, lead magnets and e-courses are nothing inherently new, emerging platforms and strategies such as webinars have signaled a shift in how modern customers are consuming content.

But what do those strategies look like in action? How exactly are marketers educating modern prospects?

Tapping Into the Power of Video

Visual content is an absolute juggernaut in terms of clicks, conversions and engagement. The same rules apply to modern marketers using video to educate their base, especially given that consumers are four times more likely to watch a video than read a blog post about any given topic.

How-to and factoid videos are powerful tools with high sharing potential. They can be used in conjunction with your existing blog content and therefore won't require a massive investment of time and resources. Moz represents a great example of simple, straightforward video content via YouTube that's based off their company blog.

But video alone isn't enough to reel in prospects, leads and traffic.

As mentioned by ClickMeeting's recent benchmark report, interaction is absolutely key to holding the attention of an audience. Thus the previously noted popularity of webinars, which have emerged as a triple-whammy for modern marketers looking to play the role of teacher without allowing prospects to fall out of their funnels.

For starters, webinars represent an event rather than a passive process. Attendees are expected to be an active participant in any given presentation, able to ask and respond to queries accordingly. In the case of ClickMeeting, group chat was by far the most popular platform for attendees looking to stay engaged.

Also, webinars are enticing opt-in tools which encourage use registration pages to both gather audience data and build up your email list. By highlighting the benefits (think: “50 percent more leads and traffic” or “the strategies I used to grow my six-figure business”) of your lesson, you provide curious traffic a legitimate reason to register.

Yet perhaps the most useful aspect of webinars for modern marketers is that they can be used time and time again to pull in prospects through replays, representing a valuable form of evergreen content. Similarly, creating a webinar doesn't mean reinventing the wheel, but rather re-crafting your existing content, research and case studies in the form of a presentation that's easy to digest.

Conventional wisdom may tell us that the modern blog is dead in the wake of social media; however, the lead generating power of blogging is well-documented. Considering that B2B marketers who blog generate 67 percent more leads than those who sleep on blogging, there's certainly potential to grow your list through the traditional written word.

The keys to encouraging opt-ins and engagement via blog content are three-fold:

Neil Patel's blog is a shining example of a seemingly old-school blog with all the bells and whistles of a lead-generating machine.

Patel's millions of visitors combined with thousands of shares and dozens of comments on any given post are rather telling. Likewise, notice the various opt-in incentives throughout any given post:

Note that the more you teach your audience, they more likely they are to opt-in. The secret to a hungry audience that comes back time and time again, however, is all in how you present your teachings.

Now, onto the elephant in the room: social media.

Marketing via Facebook groups, both public and private, has exploded within the past year or so. Similarly, platforms such as LinkedIn offer a place for modern marketers to get in front of bigwigs in their niches to offer a direct connection.

While traditional networking through platforms such as Facebook was once somewhat taboo, groups represent a prime opportunity to build communities and followers by, once again, teaching them. This is especially important in private groups where your tips can be presented as “top secret,” only for the eyes of exclusive members.

Facebook groups in particular are tricky as most frown upon posting links to your site or list (likewise, such links rarely rise to the top thanks to Facebook's algorithm). The solution is to make your blog content socially friendly by relying less on links and more on punchy, straightforward advice. Similarly, you can use platforms such as Facebook Live to feed your followers tidbits of visual content at a moment's notice.

Although measuring the ROI of social media may be somewhat more difficult versus video marketing or traditional content, there's perhaps no better place to reach your audience directly and show off your know-how to fellow influencers in your space.

Getting noticed in today's cutthroat marketing space has less to do with being the loudest voice in the room and more to do with being the smartest. By taking the time to educate your audience, you not only present yourself as a resource but also a bigger player in your industry. As you strive to teach your followers a thing or two, make sure to keep your content strategy in line with modern marketing tactics.

A New York native, currently dwelling in Berlin. Always been a Luddite, but now embracing the tech world and trying to make a name for myself as a tech journalist.