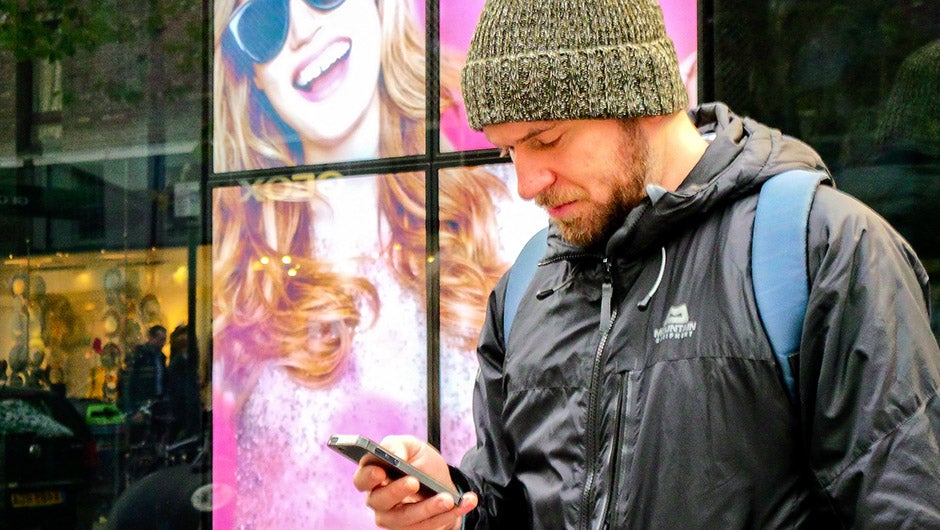 There’s been this perpetual tussle between those who favor using apps and those who prefer a website with responsive design or dynamic serving to promote a brand. But by now, it’s pretty clear that to truly succeed online and on mobile, businesses need to have a presence on both mobile apps as well as a full-fledged website that works equally well on desktops and mobile devices alike.

Now take these two pieces of information and put them together. Retail apps took up 27% of a user’s time on a smartphone. At the same time, we see that over 50% of all purchases – online and offline – are influenced by digital marketing. This means that even if a shopper does not make a purchase online or on mobile, content that they browsed on these two mediums leads to purchases offline.

Here’s another piece of data: 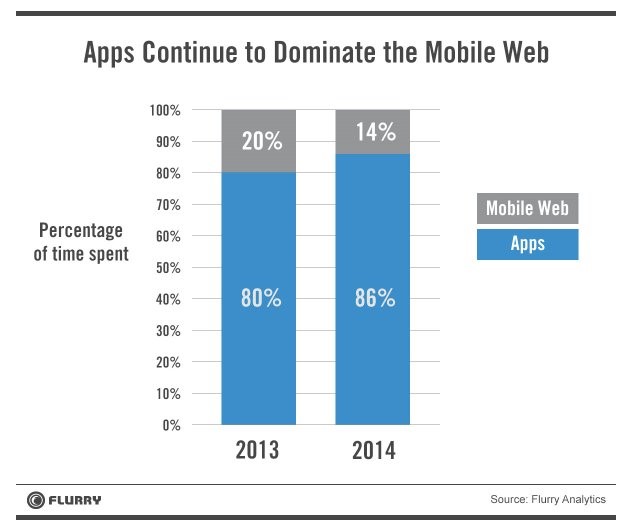 It is well known that 86% of a user’s time is spent on mobile apps instead of the mobile web. Of these only about 5 to 10 apps dominate users’ attentions.

This high level of engagement with such a handful of apps shows that a popular app is a great way of keeping users hooked and earning sustained revenue from them. The fact that users register themselves and enter personal data into apps while downloading them, helps brands personalize the app experience for them. Most apps store payment data in the form of encrypted credit card numbers or payment accounts. This makes in-app purchases frictionless and quick. With push notifications and regular app check-ins, repeat purchases are a whole lot easier. Apps are also a great avenue for incorporating special touches like using phone features like the camera, fingerprint scanner etc.

How does this impact you? Firstly, this means that you ought to build an app and promote it aggressively. What will that achieve? If your app manages to break into the list of most popular apps, you are assured of mind boggling engagement rates, a brand new source of traffic to your site and strong repeat purchase rates. But how do you actually do that?

Before you officially launch your app to your target audience, build buzz around the app by reaching out to the right influencers.

Once you know who your target audience is, you can then narrow down on influential individuals in the respective field and begin to build a relationship with them. These could be popular bloggers in your area of interest, journalists at tech publications, social media stars, or friends who have a large fan following online. Hiring a PR agency that will help you in sending out press releases or contacting technology celebrities is a great idea, especially if you can afford it.

First, bounce off the idea of your app with these individuals and understand what they would like to see in an app like yours. Incorporate the features that seem to get maximum demand from these tech influencers and go back to them with your revised app. Then get these influencers to download and review your app for their audiences.

This will not just spread awareness about your new app, it will also drive downloads; it is no secret that users are more positively inclined towards unbiased reviews from subject matter experts than any number of ads you may release.

Organic downloads have been the holy grail of app marketers since the industry took off. It was assumed that organically acquired users engaged more with your app, made in-app purchases and stayed loyal to your app longer than users acquired via paid means. This assumption no longer holds true, with paid users are as valuable as organic users. Research by Localytics shows that paid users actually come back for more sessions than organic users. Bottom line, don’t ignore paid advertising.

A wide variety of sources color your target users’ opinions and help them decide which apps they would like to use. Go where your users are and put your app in front of them with media advertising. A marketing plan with a mix of search, social and remarketing will help you reach out to your audience effectively. Place special emphasis on mobile advertising as this is the native platform on which users can discover, appraise and download your app in one go. The popularity of native ads on mobile means that you also need to invest in ads within leading apps in order to reach premium customers.

While app marketing is not cheap, the good news is that users are more engaged with their apps than they were in 2013. Time spent on downloaded apps has grown by 21% in just one year. All of this has resulted in a drop in paid marketing costs. The iOS Cost per Loyal User Index to $1.58, while the Cost per Install on Google Play dropped to $1.13.

Capitalize on these trends with a strong paid advertising thrust that is especially critical during the launch phase of your app. The more downloads you attract in the beginning, the more new users will believe in your app and download it for themselves.

There is a clever way to blend influencer targeting with your mainstream marketing as well as product development. Once you’re past alpha-testing for a new app, you should also invest in pre-launch marketing to vet if you really stand a chance to hit your engagement and usage forecasts. Services such as PreApps offer app developers the benefit of opt-in downloads, bug testing, ratings, reviews and critical UX feedback for their apps before they go live on iTunes or Google Play; this phase may well prove to be the difference between success and failure.

3. Become a “Featured App” on the App Store and Google Play

A fantastic way to leapfrog from small daily downloads to thousands of downloads a day is by becoming a featured app on the Apple App Store or on Google Play. Ryan Harter shares his experience of having his app featured on the Google Play Store. From a mere 10 to 30 downloads per day, his note taking app zoomed to over 2500 downloads per day once it gained ‘featured app’ status. However, with the millions of apps vying for attention of app reviewers on each platform, being picked to be showcased as a featured app is no mean task.

With literally thousands of new apps being launched every single day, it is becoming increasingly difficult for even innovative apps to rise above the clutter and the noise. Even if you’re one of the lucky few with a substantial app marketing budget, it is easy to go wrong and drift into obscurity. I hope these three fundamental guidelines will help you navigate the ever-evolving app ecosystem. Please join me in the comments to discuss any strategies you use or pitfalls you may have encountered while promoting your apps.