With small floorplans and even smaller building costs, 3D-printed homes could put a roof over the heads of millions struggling to build an affordable new home.

Building a home takes a lot of money, time, and planning. Between soaring construction costs, dwindling available land, and worrying about whether or not you absolutely need that breakfast nook, building a home can put some serious strain on your financial and mental health.

These high costs and lengthy build times have created a housing crisis for entry-level homes, preventing an entire generation from setting up a stable life.  Fortunately, thanks to innovations in 3D-printing, there might be an easy fix.

Miniature homes may prove a viable solution to the housing crisis, but building costs and bureaucratic inefficiencies can hamper even modest builds. The burgeoning 3D-printing industry may hold the key, and one company made serious waves in this space at SXSW 2018.

ICON, an Austin-based company, debuted a 650 square-foot tiny home, built in under 24 hours, at the Austin conference and festival last week. For less than $4,000, ICON used a prototype mobile 3D-printer to create the tiny home. Though small, the home came equipped with a living room, a bedroom, a bathroom, and even a porch. 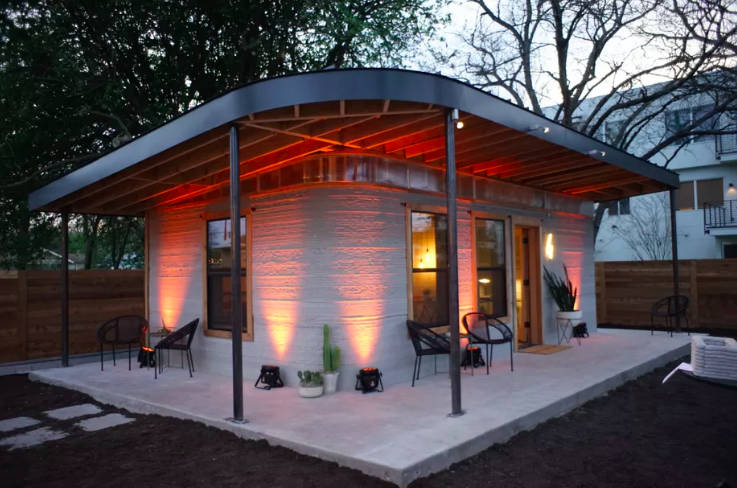 With just two to four workers required to build an entire house, and using low-cost construction elements, this tech has huge potential. Once the printer is set on its tracks, it can easily pour out concrete materials to build the floor and walls. In addition to providing a fast and easy way to build a home, the process also makes for an incredibly energy-efficient model that will save you money well after your home has been built.

“There are fundamental problems with conventional stick-building that 3D printing solves, besides affordability,” said Jason Ballard, cofounder of ICON,  to Fast Company. “You get a high thermal mass, thermal envelope, which makes it far more energy-efficient. It’s far more resilient.”

With these low costs and speedy builds, ICON could completely transform the way homeownership is viewed by future generations. So, why haven't we heard about this yet? Because ICON is playing things pretty close to the chest before it can be sure the tech will work.

“We haven't tried that hard to drum up business yet — we wanted to try the technology, deliver on a first project to say we are real and this isn't imaginary,” said Ballard to the Austin Business Journal. “I think there are governments we can work with, there are other organizations we can work with or we can work with just a couple that wants a house printed on their land.”

If you don't think there's a housing crisis, you clearly haven't tried to build an entry-level home in a metropolitan (or even metropolitan-adjacent) neighborhood in the past decade. Even with the minuscule growth since the 2008 crash, home construction remains at one of the lowest rates in the last 60 years. With construction demand at an all-time high and millennials reaching a home-buying age, things are only going to get worse. 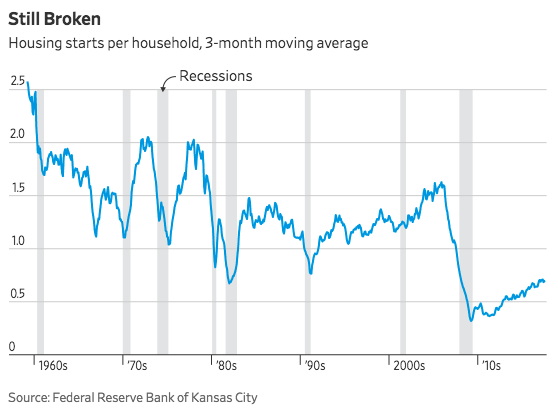 A few decades ago, setting up in the suburbs meant a relatively short drive to the city. But now, with suburbs sprawled out in every direction, there's less reasonably-distanced land to build on. This means hours-long commutes, or high construction costs closer to centers of work.

“There’s a tremendous mismatch between the places where people want to live and the places where it’s easiest to build,” says Edward Glaeser, economics professor at Harvard University studying constraints on housing supply to the Wall Street Journal.

ICON is thinking ahead on this score. As it debuted the technology at SXSW, it wasn't just building a tiny home — it was building the “first permitted tiny home in the US.” Regulations since the 2008 financial crash have hindered meaningful growth in the home-ownership space. Having a fast, affordable option that can bypass all the red tape easily could make a huge difference for people in the US looking for a tiny starter home.

A Solution to Homelessness

The US housing crisis is keenly felt for those of us stuck paying too much rent for too many years. But, with millions around the world left homeless, there's an even more vulnerable group who could benefit from cheaply-replicated 3D-printed homes. 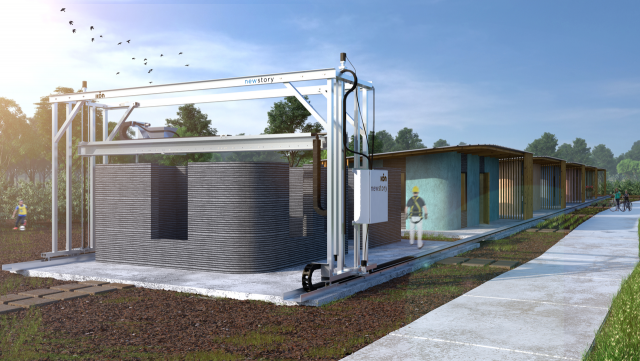 Homeless numbers in the US are becoming all the more significant, with the homeless population of the US increasing for the first time in nearly a decade in 2017. Clearly, this issue needs to be at the forefront of our collective minds when 3D-printed home technology becomes widely more readily available.

First up for ICON is a partnership with New Story, a non-profit attempting to solve the global housing crisis. The two organizations will partner to build a 100-home community in El Salvador next year to address the many shelter-less people in that area. This means that solving the US housing crisis may have to wait for now. But, those most in need stand a good chance of benefiting fast from this exciting new tech.