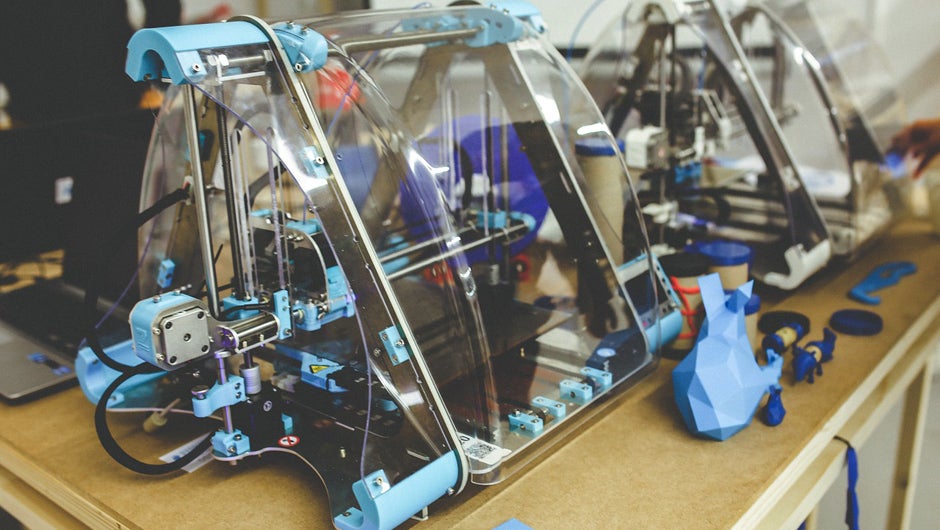 3D printing is a huge buzzword right now, and for good reason – the technology is advancing at a crazy pace. However, when most people think of 3D printing, it conjures up thoughts of small plastic trinkets or toys. Why? That’s all that we’ve been making and showing on the news. Much like the video below:

While games and toys can be fun to print, it doesn’t show the true power of a 3D printer. Below are five amazing uses for 3D printers that you may have never thought of:

You probably would have never guessed it but 3D printers will soon be invading your kitchen. These printers are a bit different than the 3D printers you see currently. For one, they use a mixture of materials to create the food rather than just one (such as plastic). This can make the whole process much slower and more difficult to complete.

While all the bugs haven’t been completely worked out, the benefits to having a working food printer could be monumental. Just think about the growing elderly population that cannot cook for themselves. Devices such as a food printer could give them much more freedom and even extend their lives. Or what about those living in third world countries who do not have access of knowledge to cook the right meals?

Yes, you read the headline correctly – 3D printed homes are slowly becoming a reality. In fact, a Chinese company recently cracked the home printing “code” and was able to print an entire house in under three hours. This includes wiring and plumbing. In the future you’ll no longer need to wait months or even years for your new home to be built, a giant 3D printer will come to your property and build a custom one for you instantly!

3D printed tools may not seem that exciting, but think for a moment about the ways it could be used. Imagine astronauts on the space station need to install a new part to fix something. Shipping that one part or tool could take months to get to them and cost millions of dollars. If the astronauts were able to download the part to their 3D printer and print it, it would save them an incredible amount of time and money.

Surgeons have been used to studying a patients x-rays and CAT scans prior to cutting them open. This 2D view can cause a lot of complications to arise when they are actually performing the surgery though. What many surgeons are starting to do is create 3D models of the area of the body that they will be performing surgery on. Recently, this practice has been adopted by infant surgeons performing complicated procedures such as heart surgery. By being able to see a model of the infants heart, touch it, and even split it open, the surgeons have a much better idea of how to perform a successful surgery.

While the prosthetic industry has helped millions overcome their disabilities with new hands, arms, legs, and more, their devices can cost upwards of five figures. 3D printing has been able to mimic current prosthetic models for much cheaper. While this might not be a huge deal in a developed country such as the United States, imagine how this could help people with disabilities in third world countries.