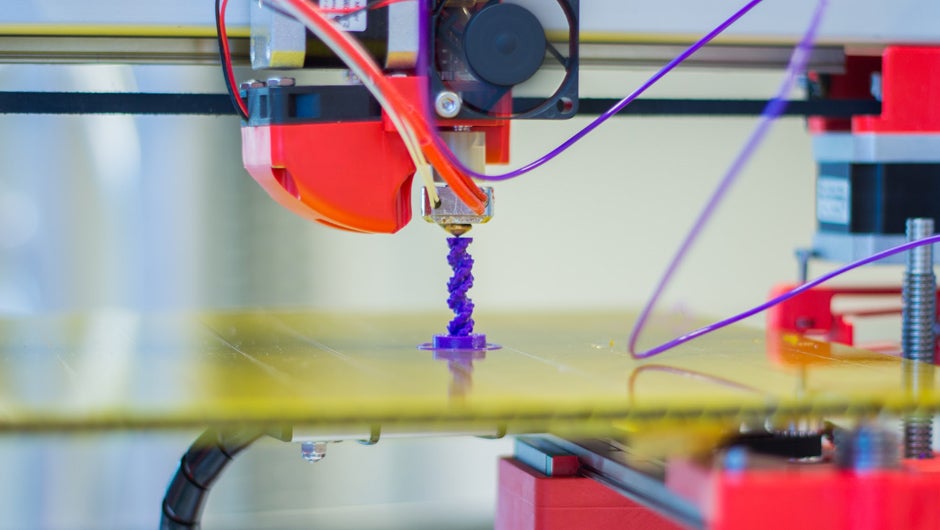 What do you think the biggest problem for mass adoption of 3D printers is these days? Surprisingly, it’s not cost. Rather, the biggest issue is ease of use. And, according to John Dogru CEO of 3DPrinterOS, the 3D printer market is facing the same challenges now that the first computers faced about 40 years ago.

“There’s going to be an explosion of desktop, 3D printers,” says Dogru. “What the PC did for the information age the 3D printer will do for the next generation of manufacturers.”

The beauty of the 3D printer is that, as Dogru explains, humans are designing a product in one country, manufacturing it in another, and distributing it in yet another country. That is, anybody can design, refine, modify, or print a product now, and not just at one source but multiple sources.

But it all boils back down to ease of use: users can’t do any of this if they don’t know what they’re doing in the first place. To that end 3DPrinterOS has developed an OS that operates entirely in the cloud that’s integrated into 3D manufacturers across the world.

According to the team, their system allows anybody access to printers, send schematics, and then watch parts being built in real time via webcams. Through the cloud they can effectively access resources in other peoples’ houses – I could share a 3D printer with people in London right now and they could print directly to it.

Consider what a network of 3D printers like that could accomplish. They’re building much faster than the fastest printer in the world, as Dogru explains, because you have a lot of them.

“You can buy a hundred $1,000 printers instead of one $100,000 printer,” says Dogru. “It’s a profound implication for networked printers. We have 8 year olds 3D printing in a shorter amount of time than guys with PhDs.”

Now, the 3DprinterOS software is different from preexisting platforms. Some require their users to know CAD, and yet others require that schematic manipulation to fit on the build platform.

Within a matter of seconds on the 3DPrinterOS though it takes the model and makes it ready for 3D printing regardless of what specific printer you’re using: it does all the hard work for you. All you have to do is click start and select where you want to print your design.

To date 3DPrinterOS has over 3,293 printers on their network that are being used for low run manufacturing. Essentially they’re clustered like old desktop PCs.

“It’s interesting in terms of implications for the world. All the printer manufacturers are like: “thank god you’re here” because it’s redundant to keep building software for each platform individually,” says Dogru. “Why not just build one umbrella software OS that can service and cater to all of them?”

As the team says they’re getting inquiries from a lot of different companies that want to integrate with the 3DPrinterOS. And people are buying the software because no matter what printer they purchase it’ll work with it.