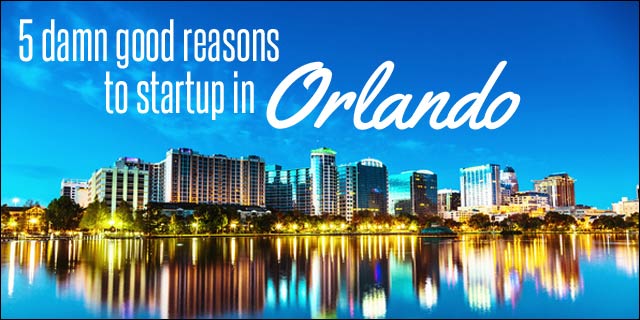 Central Florida is getting a lot of attention and it has nothing to do with Disney World.  It's all about Orlando's buzzing tech scene, which is attracting startups from Silicon Valley as more investment is being pumped to into building a downtown for entrepreneurs.

According to the Metro Orlando Economic Development Commission, travel and tourism is the region’s number one industry, but the technology industry is right behind it at number two. Here are a few reasons why Orlando is a tech city to watch for:

Both Florida and Orlando offer attractive incentives to qualifying relocating and expanding companies. Starting with some great tax incentives, making it an extremely attractive environment for new and established startups. Orlando itself offers tax refund incentives, credits and grants for specific industries including clean tech, biotechnology, and optics and photonics.

So it is no surprise that companies are choosing to set up shop here. Companies like Junyo from California-based education technology company is one of the latest companies to announce plans to expand to Orlando.

“The Orlando presence is everything we want, at a affordable price,” said P.H. Mullen Jr., Junyo’s VP of marketing in a recent interview with the Orlando Sentinel. “We were very pleasantly surprised. We were able to find more than senior level talent in Orlando.” Junyo’s CEO is Steve Schoettler, one of the co-founders of video game company Zynga.

Then we have the tech giant, Apple, building out a hardware engineering location near the University of Central Florida (and is currently hiring) after finding out that the region has a cluster of patents on graphics processors. Just last week, a new Orlando seed fund for US $100,000 was approved for StarterCorps, a non-profit organization which will be housed at the downtown Orlando coworking space Canvs. These are just few of the examples of investment and innovation moving to the city.

Having Universal Studios and Disney World based out of Orlando means that there will always be innovative demands in the entertainment, web, advertisement and even simulations industries.

“Technology is building and creating something; [it involves] people who are coding, building, and creating experiences,” says David Glass, the founder OrlandoiX and the publisher of the Florida Technology Journal in a recent interview. “Technology to me is creative. It’s consumer-facing; it’s what you see in the parks and in the games you play. Orlando is a major, major hub for that.” Glass is one of Orlando's tech leaders and has recently worked on Orlando Rising, a documentary about the city’s tech scene.

Chicago-based Iron Galaxy Studios is one example of a company that moved to Orlando. “In addition to the up and coming stars, the area also has a lot of industry veterans who have chosen to relocate here, in large part to take advantage of that rapid growth. For example, I myself relocated here from Silicon Valley, and I’m not alone in doing so,” said of Derek Neal of Iron Galaxy Studio in an interview.

There’s also game development studio EA Tiburon, and  ESPN Sports Lab, to name a few. It turns out Mickey is good for tech.

We are constantly talking about cities incentivizing startups and entrepreneurs to move in and grow their companies. Orlando has a plan in mind, and it's The Creative Village.  The plan is to transform the 68-acre former site of the Amway Arena in Downtown Orlando into a mixed-use, urban infill neighborhood that is transit-oriented.

According to the vision statement, Creative Village “it will be home to leading higher education providers; high-tech, digital media and creative companies; and a diverse mix of students, employees, and students.” The undertaking is massive, and  job creation estimates for Orlando are projected at around 6,500 positions during the construction process, and 5,000 permanent jobs when it is up and running. 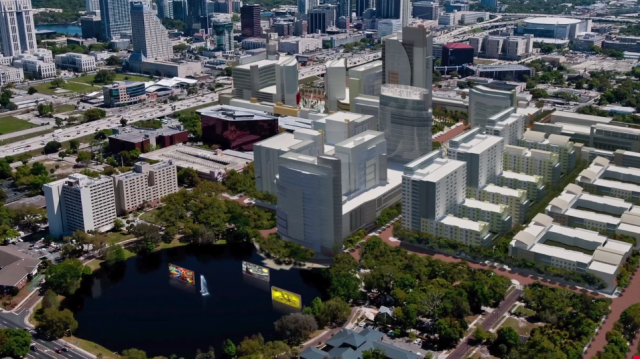 Lake Nona’s $2-billion Health Village has been in the works for more than a decade, and several companies specializing in military simulation have found a home in Research Park near the University of Central Florida.

Orlando is surrounded by great universities, which means there is a constant pool of talent for local companies. For example, the University of Central Florida’s FIEA graduate program targets students who have graduated with a bachelor’s degree in traditional computer science or digital media programs, and who wish to get into the video game industry. Students coming to the area who already have a degree have lots of skills to offer, and are often willing to get their feet wet in the gaming industry and creative tech ventures.

And as organizations like Orlando Tech and Orlando Startups continue to foster the tech community, more investment and larger corporation will look to the city a place to set shop and grow.

5.  Central-South Connection: From Miami to Orlando

Although still in its infancy stage, there are plans to create a connecting train between Miami and Orlando. What that means is that there is a direct connection between Orlando and Miami and every growing tech city in between (including West Palm Beach and Boca Raton).  This will enable these various entrepreneurial communities to create a unique business connection that benefits all cities and overall the state of Florida. This is convenient for startups in Orlando, that pay less rent and have better access to talent, but want to conduct major deals in Miami. It's about creating collisions in a grander scale.

The All Aboard Florida train is slated to begin delivering service between Miami and West Palm Beach with a stop in Fort Lauderdale by the end of 2016. Construction of the second phase of the project to connect Central Florida would begin after the completion of an Environmental Impact Statement. Orlando is to begin service by early 2017.