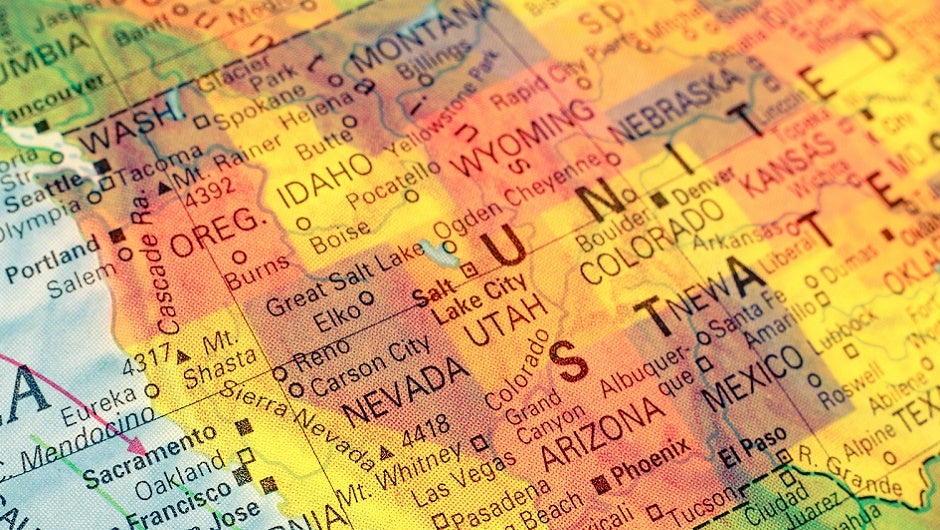 Entrepreneurs decide where to design, manufacture and sell their innovative products and services based on a myriad of business-related policies. However, not all U.S. states are fostering an environment that welcomes innovation and supports entrepreneurial activity.

To recognize and account for favorable and unfavorable policy actions and business environments at the state level, the Consumer Electronics Association (CEA)® unveiled the inaugural Innovation Scorecard in April, 2015. The Scorecard is a first-of-its-kind innovation performance index which uses economic, educational, legislative and broadband data across 10 categories to evaluate every state and the District of Columbia as compared their peers.

While the Innovation Scorecard is only in its first year, we found that the top 10 states championing innovation in 2014 – Delaware, Indiana, Massachusetts, Michigan, North Carolina, South Dakota, Texas, Utah and Virginia; along with Washington, D.C. – had five things in common. Based on CEA’s index, these Innovation Champions all offer ready-made environments for entrepreneurs by welcoming new business models in the sharing economy and providing tax-friendly policies, an educated workforce, fast Internet access and strong venture capital (VC)/Research and Development (R&D) investment. 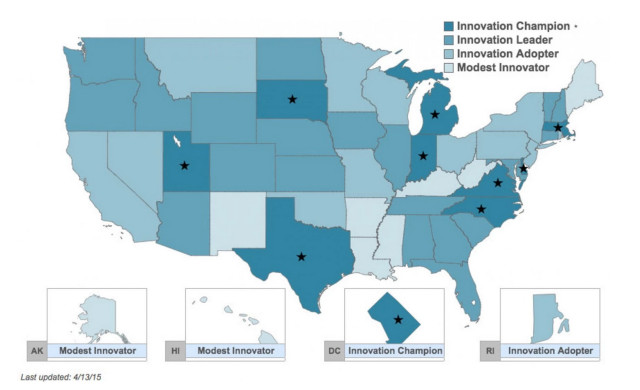 As new businesses emerge and disrupt existing models and entrenched industries, a state’s pro-innovation environment is especially important. For example, last year innovative ridesharing services such as Uber and Lyft upended traditional taxi cab monopolies – and faced anti-competition and anti-consumer regulations as a result. Virginia Governor Terry McAuliffe reversed a state departmental decision that would have outlawed ridesharing – a policy action reinforced by the Virginia General Assembly in early 2015. In Delaware, Governor Jack Markell publically announced support for these disruptive business models. And in the nation’s capital, the D.C. City Council approved ridesharing legalization legislation (which was later signed into law by then-Mayor Vincent Gray).

An innovation-friendly tax system allows businesses to keep more of the money they make, driving job creation and increasing research and development investment. Based on CEA’s index, more than half of the country has favorable tax systems – earning an A or B. This is especially true among Innovation Champion states, where all – with the exception of D.C.– earned a B or higher. For example, Utah’s low-tax system makes it a competitive state for new business – such as Vivint, Qualtrics and Domo – and has gained such prominence among startups, earning the nickname “Silicon Slopes.” However, eight U.S. states have burdensome tax structures, performing at or below a C-.

The number of college-educated students in the fields of science, technology, engineering and mathematics (STEM) fields reflects a state’s talent pipeline for homegrown innovation. Among the top states fostering entrepreneurship, D.C. came in first as the only state to earn an A+, with just under five percent of its college-aged residents earning STEM degrees. And all Innovation Champion states, with the exception of Texas, earned above a B-.

The Internet is the lifeblood of the digital economy, and access to high-speed Internet for tech companies – especially startups – is often a deal maker. This becomes even more important as residents use more data-intensive devices and services. This area in particular is where Innovation Champions thrived. When CEA released its inaugural Innovation Scorecard, the median Internet speed for states was 10,304 kbps, and only 20 percent of states were among the top performers providing Internet speeds between 16,200 and 12,764 kbps. Among the highest-ranking states, Delaware came in first –the only state to earn an A+ – and every other Innovation Champion state earned a B or better.

An “ah-ha” moment for an innovative product can happen in any state across America. But the ability to attract investment to grow that product or service can often be the determining factor in where an entrepreneur chooses to launch his or her startup. CEA’s Attracts Investment category accounts for the level of VC and government and corporate R&D investment-per-capita to determine which states attract the most investment dollars. Massachusetts earned the highest overall grade with the highest investment per capita ($577.98 VC investment and $2,401.17 R&D investment) in the U.S. To put these figures into perspective, the Massachusetts attracted about seven times more total investment than the median score for all other states. In addition, the other nine Innovation Champion states – with the exception of South Dakota – earned above a B.

Want to know where your state stands? Visit ce.org/scorecard to learn more.