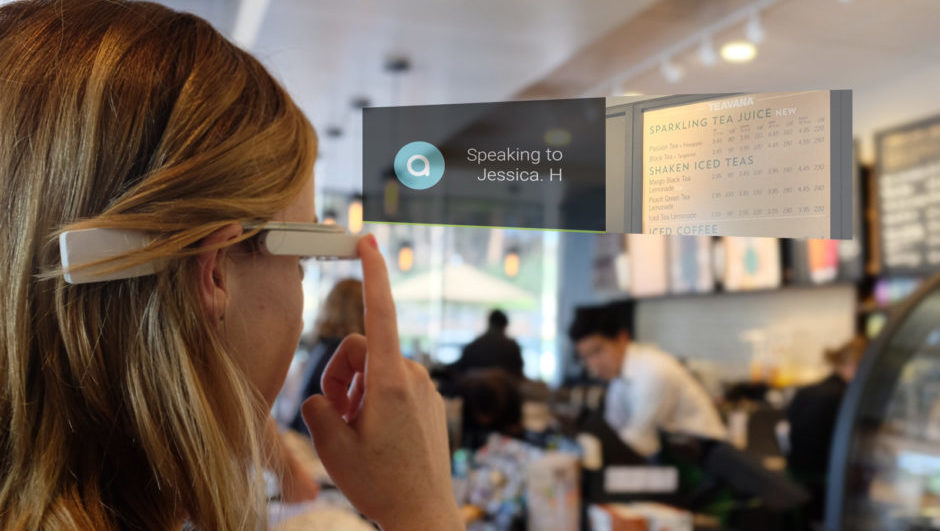 Tech advancements fall into two general categories: Those that help rich people solve problems that barely existed in the first place — Uber for yachts, anyone? — and those that address meaningful social issues like homeless shelters or food waste reduction. We'll be looking at the latter category today, with a list of startups that are all tackling a specific disability that could affect any of us: visual impairment. This is the type of problem tech innovation should address.

This startup provides a visual interpreter useful to the 20 million blind and low-vision people that the American Foundation for the Blind estimates live in the United States. It pairs with wearables like Google Glass or Vuzix so that your smartphone can offer real-time feedback on your surroundings via a living, breathing human agent who can identify images caught on video.

Last Feburary, they closed a Series A financing of over $2.5 million, led by Lux Capital and ARCH Venture Partners.

This London-based startup aims to provide an audio system that will allow blind or low-vision Londoners to safely navigate their city's transportation. Though not open to the public yet, the service has several impressive partnerships and trials under its belt. From their website:

“We have been working with Transport for London for over a year, exploring the potential for audio navigation in an underground environment. In February 2015 we trialled an installation of beacons in Pimlico Underground Station in London. This developed into a further trial at Euston station in late 2015.”

Wayfindr hopes to build an open standard of audio navigation that can be used far beyond its home base.

The EyeFocus Accelerator, launched in 2015, serves as the world's first innovation program specifically for companies “making products for preventing, curing, and living with eye disease and blindness.” It is in its second program, which will run until the end of this month.

The for-profit social enterprise notes that 285 million people across the world have experienced the effects of sight loss, 80 percent of which is considered avoidable. They hope to change those numbers, offering both a bootcamp eduation and networking opportunities to their participants.

This startup tackles visual impairment with AI: The computer vision on a wearable device identifies words and objects, as Startup-Buzz explains:

“OrCam has a camera clipped on the eye glasses attached to another device that has a speaker. It assists by reading labels for identifying objects. The device can improve the identification of things that people with poor vision find tough to figure out.  OrCam has been launched in US and the startup has raised $15 Million overall funding.”

This company also takes the AI route, presenting users with an app that will identify nearby objects with simple common nouns: Point it at your feet and it will tell you if you're wearing boots. The service boasts an efficient neural network that functions on anything from your phone, IoT device or AR glass. It can identify colors as well, and the team is working on the ability to label complete scenes.

“I can see this changing the way that I walk down the street,” said one proponent, Scott Blanks, Deputy Director of the Lighthouse Center. “The exploration, the willingness to investigate something more than I would otherwise do if I didn’t have an immediate assistance from a fellow bystander.”