Even though some people believe that the modern business ecosystem is over-saturated, this is not the case with those bright-minded few. It is the fact that new startups emerge on a daily basis, with the potential to change the shape of the known business world. Not only do they bring fresh blood to the game, but completely new ideas and approaches to the old questions as well. Even some of the greatest conglomerates could learn a thing or two by observing them. So without further delay, we present you with five promising startups that just might leave a mark in 2016.

With a whooping 2.7 million seed in one round, Immunio seems to have a bright future ahead. This Canadia-based startup is all about securing your web space, be it business or personal. We are witnessing the biggest expansion of web-based apps and cloud computing ever, which will, according to Global Industry Analysts report, reach the value of 127$ Billion by 2017. Hence, it is clear why there are constant attacks on web-based systems, apps and storage. That's where Immun.io jumps right in. Its goal is to prevent your data from being breached by all sorts of different breaching methods (DDoS attacks, SQL injections, cross-site scripting or others). Besides protecting your “domain”, Immunio will also provide you with comprehensive analysis of the attacks and the number of attempted breaches.

Same as Latin was the universal language of middle ages, coding seems to be the language of the 21st century. Many pass out on the opportunity to educate themselves in coding because of the common misconception that it requires a significant amount of time. However, a cunning One Month application tends to disagree. In just one month worth of 15 minutes sessions, the developers guarantee their clients at least some basic knowledge of coding. This is already a no small achievement. Though it’s been with us for some time now, we think it is bound to grow even more and deserves it’s place on our list. 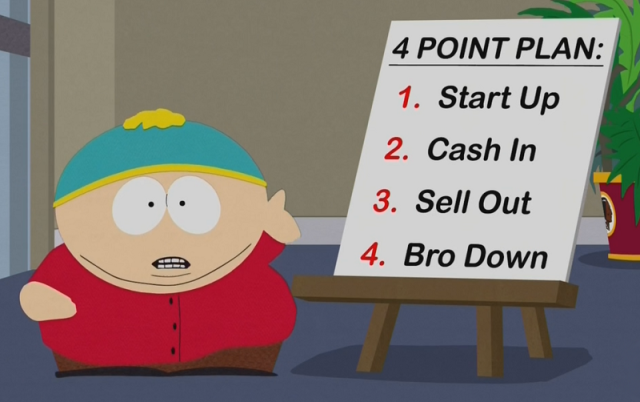 Machine-driven link building for SEO, as Peter Wyro of Cherry inbound marketing agency names it, Dibz is an advanced link prospecting tool. It is developed by Four Dots, a company that already has experience in the sphere of digital marketing (SEO most notably). The tool is currently in beta phase and is undergoing closed QA testing, but from what we could see, it seems promising. Dibz filters websites attained from google's search API with the help of it's built-in spam filters. Then it excludes all those sites that rank below the user-set spam threshold. A time-saving feature that every content marketeer will most probably appreciate.

Now, speaking about business improvement, it is really hard to find anything more important than the expense management. Just several decades ago, you would be forced to use a sheet of paper, while today there is a highly efficient app to do this for you. Useful to both individuals and managers, Abacus expense management app can really take the notion of budget planning on a whole new level. All the employee would have to do is take the picture of the receipt and manager can approve it from his mobile device. Fast, clear, and efficient.

The name of this app is, as you probably presume, a pun intended to remind you of Bruce Wayne's faithful valet Alfred. Though you most likely won't meet the gray-haired old man, the app's purpose is to match you with your “perfect” Alfred, which will tackle your chores for as low as $32 for a weekly visit to your premises. Being that it sums up to less than $100 a month, having a sort of a butler has now become affordable even to the people outside the 1 percent circle.

What these several shiny projects show us is that the rise of internet and mobile devices is a gold mine for people with bright ideas and good intuition. Sometimes you don't need to invent but reinvent. We always had some kind of calculators, valets, malware and virus protection and educational books, but the time has come for them to evolve to something new and with these cited services and apps, they have evolved into the world of cloud and mobile.