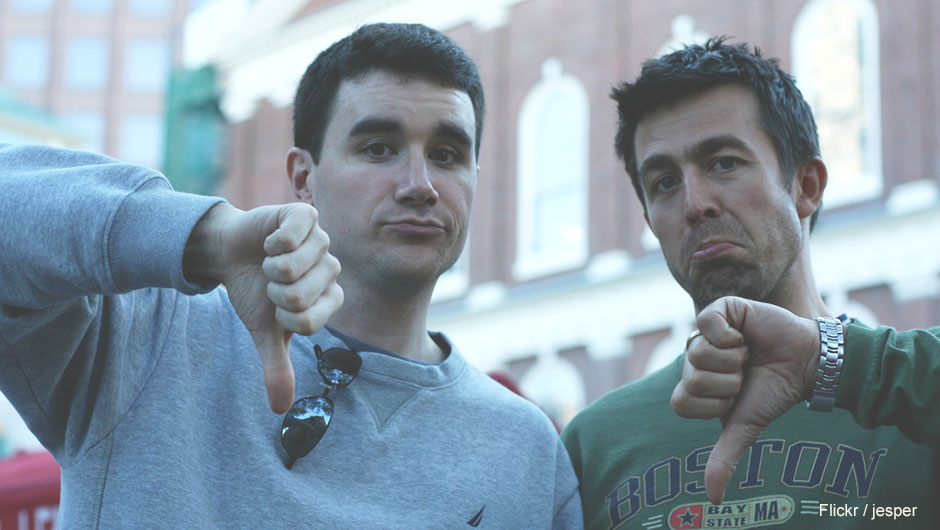 Not all “great” startup ideas are actually great. I'm sure by now we've all heard of pitches from at least ten people about the next “Uber for X” or “Product Hunt for Y”, and have all been equally disappointed by the lack of originality in many of those ideas. In a recent post published three days ago on r/startups, Reddit user tianan dives into what he believes are companies that are almost always a bad idea.

The post has gotten a fairly large number of upvotes since it was posted on Reddit. While, sure, many others in the startup space can just as easily write up a post about what he or she believes are terrible ideas for startups, tianan comes from the unique perspective of a programmer. According to tianan, 95 percent (likely hyperbolic) of the people who jump into the startup space come from a non-tech background hoping to find a tech cofounder to help them build one of the ideas from this list of bad ideas. From a programmer's perspective, it's much more easy to recognize how likely an idea can be executed and what the timeline for that execution actually looks like; this unique perspective is likely what's contributed to the popularity of the Reddit post.

In the post, tianan writes that he/she has had previous experience starting and exiting one successful company and is currently working on a second one. He/she writes:

“By virtue of just having been around for a while, I have a lot of people asking me what I think of their idea…In doing so, there are a few that I swear I see again and again; almost every month. I think that's mostly because they're the first ideas that come up when you start thinking, ‘I should start a company.' They're almost always bad ideas, for reasons I'll try to detail below. Someone could still win in these spaces, but they would have to be fantastic at execution and somehow differentiate themselves from the dozens of others who have failed.”

So, what are the seven startup ideas that tianan believes are almost always terrible? Check them out below:

It's a highly competitive space, and unless you can offer prices that are much lower than Amazon while at the same time providing a higher value for the seller, then there's no way this startup idea would even make it very far into the execution process. Tianan does write, though:

“The possible exception for this is if you target it ultra-niche (“all the best biology textbooks”) or have a physical location near college campuses. It's still a bloodbath, and very difficult to turn a consistent profit on. So proceed with caution.”

It's hard to change consumer thought processes – most of us never think to go to an app to help us in determining the right gift to buy. And even when this startup idea is turned into an actual idea, they often turn out to suck at what they do:

“Also, most of them do a very poor job. If a gift is going to be good, it can't just be like ‘oh yeah, here's something 18-year-old males like.' People don't work like that. It's difficult for you to know that they do a poor job because you don't know what people really want. That's a really difficult problem; something that querying the Amazon API with a couple of params probably won't solve.”

Because there are way too many of them and they keep failing.

“I'm not sure, but I've seen this one try and fail dozens of times. There are apps centered around getting tickets for something that you kind of know is happening, but for some reason it seems like I've never seen one of these be successful. I'm not sure why, I've just seen a lot of shots and misses. Maybe it's just not a big enough problem to download an app for – I don't know, but the only ones I've seen work are local news sites that have a very simple calendar.”

Tianan attributes the failure of these kinds of products due largely to the frequency of usage, hence the rate of user acquisition; they simply can't grow a big enough user base to allow them to succeed.

“The thing about user acquisition is you want to be something that people use often. If it's an app that people only use once every six months, your user acquisition cost will be very high, for a very low level of use. Most travel apps fall among this category, unless you're building a great database with a lot of user data, along the lines of Yelp or TripAdvisor.”

Remember when people thought Ello was going to actually compete with Facebook? Yeah…no. And niche social networks simply won't go anywhere. According to tianan, people don't want to actually join a social network with people with whom they share one specific interest or trait.

“The bigger problem with many of these is how derivative they are. ‘Facebook is popular, so how can I do something similar?' is almost always a bad way to start a company. Replace Facebook with the company-du-jour – Groupon, Uber, Airbnb and you'll find that Uber for X is really not like Uber at all.”

“This is another that seems to make sense on the surface, but is extremely difficult to pull off. First, you have to assume that there's a critical mass of people who want to ‘network' and that you have them all. (Most people don't admit this, but meeting new people is a painful process that many don't enjoy, even if it's good for them). Then you have to have a reason they'd use your app over LinkedIn or getting intros from friends. And you have to get critical mass. Critical mass is a bitch.”

7. Craigslist But Not Shitty

These kinds of apps tend to face the problems associated with textbook exchanges/marketplaces and demands a lot of critical mass. It's also a matter of dealing with something that many people have been using for many years – that's something difficult to replace. But tianan doesn't necessarily think that it's at all hopeless:

“So you'll need to have something other than a generic CRUD app that doesn't look terrible to take on Craigslist when it comes to classifieds. I'm not sure what that is, but it probably starts hyper-local, and in the beginning could even be a hand-curated email, as so many of the great communities start out.”