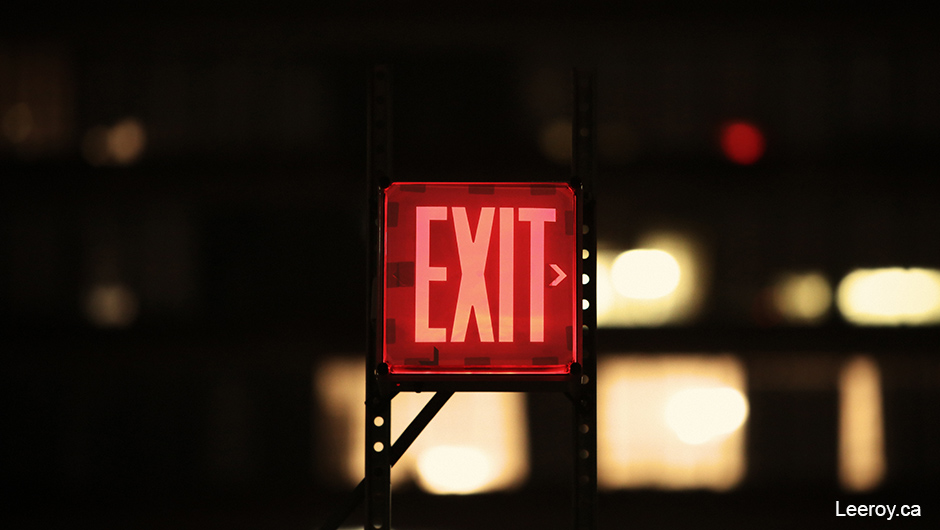 Firing is brutal for everyone involved: the deliverer of bad news, who has to honestly communicate what went wrong; the person being fired, who may react with tears or threats; and the rest of the company, who worry if they’re next.

We asked entrepreneurs to share their tips for firing employees – here are some of the most helpful ways to make your firing experience more bearable:

According to founder Adam Barger of WebStarts, the process of firing someone starts with setting expectations. On their very first day of work, he hands employees a document that includes what the company expects of them, like requesting time off in advance and meeting deadlines. “An employee who understands the standards and expectations of a job will be less shocked when you let them go for not meeting those expectations,” Barger explains.

Once an employee starts to struggle, you can start having regular meetings with them to answer their questions and help them improve. If the situation gets dire, explain to them that they’re in danger of getting fired. Give them a goal and a timeline to meet it – and if they don’t, it’s time to part ways. “Never let a firing come as a surprise,” says Gilad Berenstein, founder and CEO of Utrip.com.

You might be tempted to fire people who lack the skills, but founder Maria Seidman of Yapp follows management expert Jack Welch’s advice and fires skilled people who don’t fit with the company culture. For culture fits who need some improvement in the skill department, mentorship and training are the answer.

“Hire slow, fire fast” is a typical startup slogan, and many entrepreneurs agree with it. Modavanti founder David Dietz learned it the hard way when he hired someone who was a “complete disaster” but didn’t fire her because they worried about hurting her feelings and the team’s morale.

“We came up with a million excuses for why she deserved a second, third, and fourth chance. We dragged our feet for months, by which point way more damage had been done to our progress and our company culture,” Dietz says.

“Like a bandaid, pull it fast and get it over with,” says Kyle Kilcoyne, founder and CEO of viaNetwork.

One of the ways to build up the courage to fire fast is to keep your eye on the prize: you fire someone because you believe the company will be better off in the end. “When I am firing someone it is because they are costing us money and creating problems,” says Mark A. Lazarchic of Otterology.com – plain and simple.

Louis-Philippe Dea of Guerilla Web recently fired someone who wasn’t a culture fit for the company, and he kept this in mind during the difficult experience. “Deeply I knew that it was the right thing to do for the team members and for our company,” he says.

This tip should go without saying, but firing employees requires a high level of empathy and a careful choice of words. “It's important to ensure you don't demoralize someone or hurt their self-confidence,” says cofounder Zubin Mowlavi of myStorey. No decent human being would go into a firing with this goal, but it’s an emotionally charged situation.

After you fire someone, there’s a big temptation to pretend everything is fine and not explain the situation to your team. But a firing – particularly an unexpected one – is bound to make everyone uneasy and make some people worry about their own jobs.

Berenstein recommends offering a basic explanation of why the person was fired (while respecting the person’s privacy and without opening yourself up to being sued) so other employees feel confident they aren’t in danger, too. “The more honest and transparent you are with your team, the more they will support you through the though times,” he says.

Finally, firing employees doesn’t have to be the big, ugly monster that you imagine it to be. One way to make firings routine and expected is to hire employees with two- or three-month trial periods. If they don’t meet certain metrics by the end, you plan to fire them and they expect to get fired, says founder and CEO Blake Shipley of CoupSmart.

Paolo Gaudiano, founder and CEO of Infomous, has another strategy that’s useful when you don’t want to fire anyone but are forced to for financial reasons. Instead of firing employees outright, he recommends reducing their work to half-time for a set period. That way, they can extend their working time (and benefits) longer without you paying more than you normally would in severance. Plus, if the financial situation improves or you land a new contract, you can simply re-hire them full-time and avoid the costly process of recruiting someone new.

When this happened to Gaudiano’s company, three of the four employees who were “fired” decided to continue working half-time, and a new contract enabled him to re-hire one and extend the half-time work of the others.

“By being open and showing that you want to give them flexibility, people are much more likely to want to continue to help,” he says.

Openness – along with goodwill and the confidence that you’re doing the right thing – can go a long way in the sticky process of firing employees.