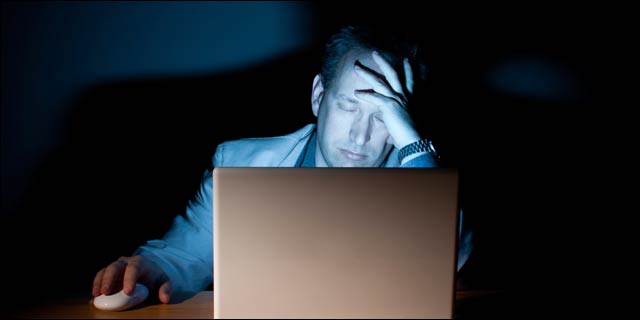 The saying goes something along the lines: An entrepreneur is someone who works 23 hours a day for themselves to avoid working one hour a day for someone else.

You know it is true, and that mindset is ingrained in the startup culture. It's not easy adapting to the workflow and emotional fluctuation of being part of a startup, but there is a way to find balance. The reason why entrepreneurs should stay healthy is because lack of sleep has a direct effect on your decision-making abilities.

The worst part of being burnt out is that it doesn't happen suddenly. Signs are ignored and hard to recognize with the daily rush of getting things done. Next thing you know, you're in it. As one entrepreneur shared, “I was so focused on growing my business bigger, and bigger…but the more it grew, the less I appreciated the success. Every high became no big deal.”

So here are 9 signs you (or someone on your team) need to take some time off (not one day, maybe a week) and recharge:

1. Chronic fatigue: When you start feeling burnout, there is a dip on the energy level and you feel tired a lot. Later on, you feel so physically and emotionally exhausted that getting up out of bed is difficult enough. No one in your office wants to hear about how tired you are all the time (and coffee won't help either).

2. Insomnia: At first you start having trouble falling asleep one or two nights a week. As things get worst, you usually don’t sleep at all even though you’re exhausted. You can't make informed decisions when you're partially awake.

3. Lack of concentration and attention: Lack of focus and mild forgetfulness are early signs. Later, the problems may get to the point where you can't get your work done and everything begins to pile up.

5. Anxiety: Early on, you may experience mild symptoms of tension and edginess. As a startup founder, such feelings are often confused as part of the stress of leading a company. But don’t take them lightly; anxiety may become so serious that it interferes with your ability to work productively and may cause problems in your personal life.

6. Anger: At first, this may present as interpersonal tension and irritability. In the latter stages, this may turn into angry outbursts and serious arguments at home and in the workplace.

7. Isolation. In the early stages, this may seem like mild resistance to socializing. Things like, “No one understands what I’m going through” or “I can’t deal with anyone right now.”

8. Feelings of apathy and hopelessness.  It presents as a general sense that nothing is going right or nothing matters. As the symptoms worsen, these feelings may become immobilizing, making it seems like “what's the point?”

9. Lack of productivity and poor performance. Despite long hours, chronic stress prevents you from being as productive as you once were, which often results in incomplete projects and an ever-growing to-do list.