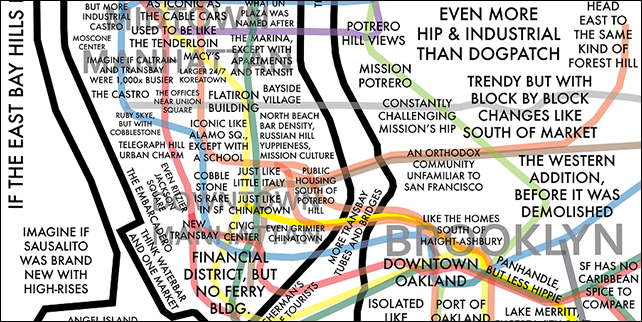 For the briefest of moments, let's set aside the debate regarding whether it's better to startup in New York City or San Francisco. I mean, really, when you think about, both the Bay area and New York are equally great, considering the quality of life, access to various resources, etc. Sure, they're pretty expensive cities and there are plenty of other nascent startup communities across the country where you can build your company (from Miami to Kansas City, the other options available to you are endless), but there's just something about living in NYC or SF that's just a little more magical than elsewhere.

Urbane, which creates neat maps of cities or various other locales (like university campuses), recently created a map of New York City from the point of view of someone from San Francisco. Essentially, it compares various areas in the City's five boroughs with descriptions of comparisons to areas in the Bay area.

Since I've only ever visited San Francisco, I don't really know how accurate the comparisons are, but if you're cognizant of the experiences in both cities, check out the NYC map below. Check out the map of New York City from a San Francisco perspective: 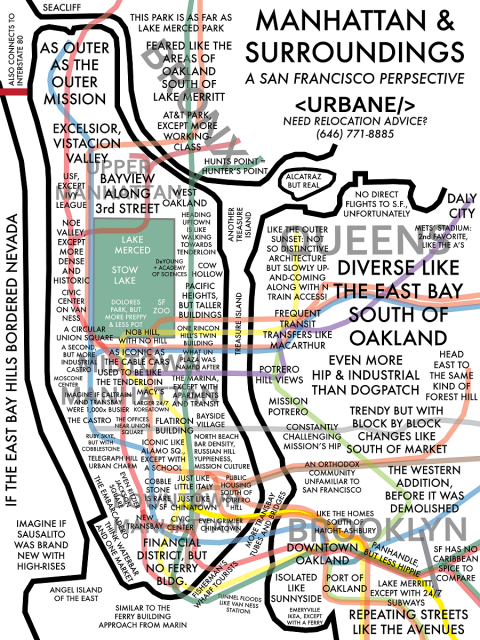