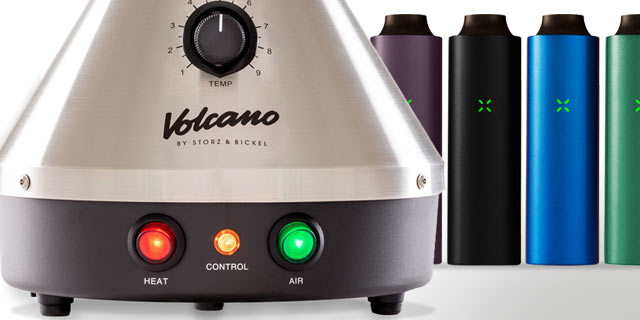 At the age of 19 Aaron LoCascio went on a trip to California to visit a friend that would, unbeknownst to him, change his life forever. Before he flew out though he asked his friends in Orlando, Florida if they wanted any glass – aka marijuana pipes – because it was dirt cheap in Venice Beach.

His roommate, and later first employee, said that he didn’t want any glass, but he told LoCascio to keep his eyes peeled for a vaporizer. He had no clue what a vaporizer really was; hell, the world was for the most part unaware. But he thought if anybody would have one, California would.

So it was that he walked up and down the famous Venice Beach boardwalk examining nearly every head shop there. As fate would have it, three of them had vaporizers.

Out of the three though, only one shopkeep really knew what he was doing and offered a small selection of three different vaporizers. The only difference LoCascio saw at first was that one was $50, one was $250, and one was $450. He didn’t know it, but this was his first encounter with the world famous Volcano Vaporizer.

The store owner focused on the $450 Volcano, obviously, and said it was the cream of the crop, truly the Mercedes Benz of vaporizers. LoCascio called up his friend back in Florida, floored by the technology in these vaporizers, and while they couldn’t manage $450 they did settle on the $250 model.

But as time passed the lingering thought of the Volcano only grew stronger, and one day LoCascio and his roommate found one on the internet for $550; wasn’t it only $450 in the store? Immediately a light bulb went off in LoCascio’s head because at the time everything was supposed to be cheaper on the internet.

A college student with no money, LoCascio had brains instead. He thought that a $100 margin was quite hefty, and certainly there must be a way for him to get involved selling these units.

He called countless places and finally got in touch with the American distributor in Oakland. They wouldn’t just dish their products off on him unless he had a company though, so he got all of his ducks in a row, started Warehouse Goods, and started buying the Volcano vaporizers at $350 apiece.

“I did that for two years and only sold on eBay because I knew the platform inside and out,” says LoCascio. “I became the proverbial King of eBay, but I also realized that eBay was just one part of the internet and I needed to capture more of it.”

Like any good entrepreneur, LoCascio pivoted. As he started in 2007 he committed to following vaporizer technology, hired his first employees, and started building what is now vapeworld.com.

Part of the fun of his journey has been seeing this vaporizer technology grow up, so to speak, alongside the growth of his own company. It’s come a long way in ten years, and it’s not slowing down one bit.

“Volcano hit the nail on the head so hard with their vaporizer, and it’s still referred to by many as the leading and best vaporizer on the market. It’s a household name in many ways,” says LoCascio. “The big change and leap in tech that I’ve seen is really in the portability of these vaporizers.”

The only problem, outside of the legislation changes, seems to be that heavy hitting individuals in the tech world are somewhat afraid to latch onto the growing cannabis-tech market because of the social stigma. However, according to LoCascio, Peter Thiel was the first domino to fall and as the law loosens up we’ll see even more people join in.