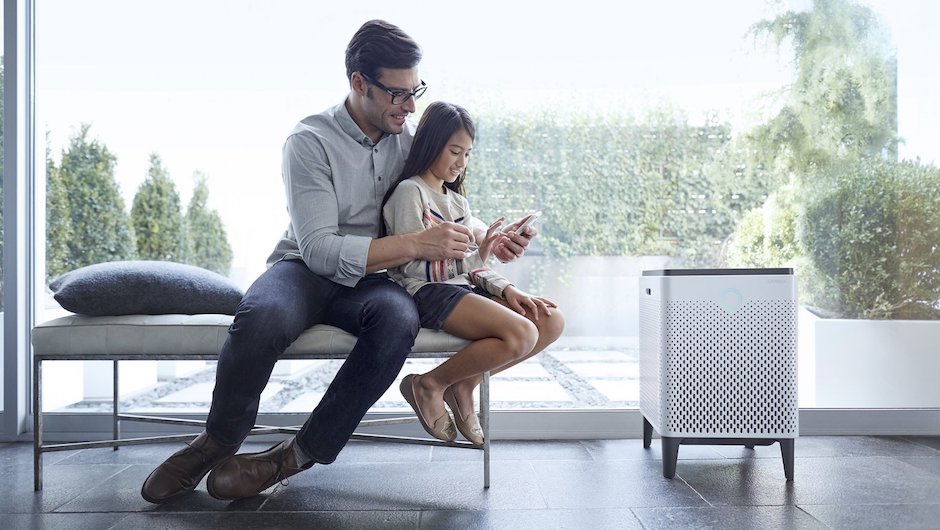 In a world plagued by gluten, peanut, and a plethora of allergies, not to mention it being cold and flu season, there are a lot of ways to reduce and prevent things trying to harm us. Sure, you can live in a giant bubble, and no, that Himalayan salt lamp really doesn’t do much, but for most of us the biggest cause of concern is the air we breathe on a daily basis. Now this of course won’t help the latest waves of allergies, but millions, if not billions, of people are affected by allergens like smoke, mold spores, bacteria, viruses, pet hair, pollen, and whatever else your messy kids or roommates track into the house.

One way to combat these allergens is through purifying the air such as the Airmega 400s. Like most things we review, your standard air purifier simply just won’t cut it. The Airmega 400s has dual filters on each size, a smart sensor, and is of course Wi-Fi connected. Over the past month we set the air purifier in a bedroom and let it do its thing. Across this review we’ll show what the Airmega analyzed in the air we breathed, and how its dual filters and automatic sensors may have mitigated issues.

You plug the Airmega in, setup an account through the app, and away it goes. From there, you’ll be able to access the app to see a general scope of the air quality you live in. More specifically, the app will say the air quality is either good, moderate, unhealthy, or very unhealthy; and you can find more details from the past 24 hours, 7 days, 30 days, or 12 months. As far as visuals go, you can view the data in either a circle graph or line chart, but I’ve found that the circle graph doesn’t seem to show the fully picture. 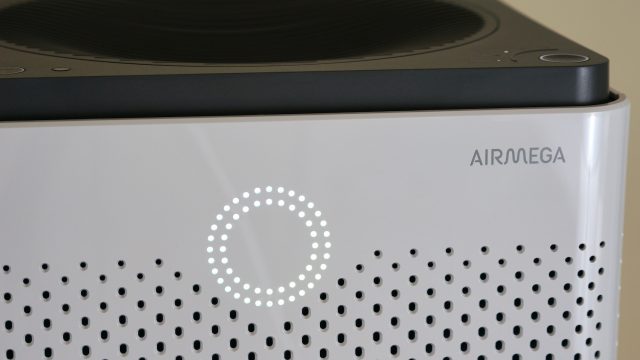 When compared to most other air purifiers, this amount of data is already well above and behind the pack. In most cases there really isn’t any sort of indicator, let alone way to track the air quality on those. With this, not only do you get a visual indicator on the hardware, you can get up to a year’s worth of data and see how the Airmega improved it. However, I do have to say that at the price point, it would be nice if they would include more detailed data sets, but that shows why things like the Footbot are still helpful (even if they can’t talk to each other). 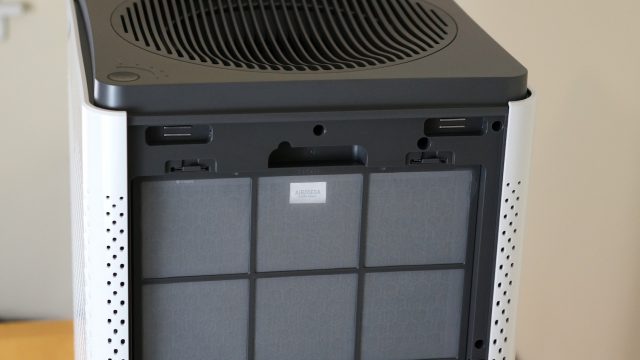 Once the Airmega 400S begins monitoring your home it will be able to adjust accordingly thanks to its Smart setting. The smart setting uses a combination of its built in air sensor to adapt the fan and intake speed, the light in your room (so it doesn’t bother you when trying to sleep), or the schedule you put it on. You can also put it in sleep mode for a temporary off schedule period of silence.

As far as how well the air purifier works, well that mostly comes down to the four different filters built into it. The first layer of filters is your pre-filter. You have two on each side, they are washable, and will require a wash about every 1.5 to 2 months depending on how much work the Airmega is doing. Deeper into the Airmega are the Max2 filters, one on each side. These area combo of Green True HEPA filters and an activated carbon filter, which is said to trap particles as small as .3 microns. As far as carbon collection, it’s about 0.75 pounds for one filter, or a total of 1.5 pounds for both.

Between the HEPA and carbon filter, the Max2 are designed to remove 99.97 percent of airborne particles, pollen, allergens, and fungi. It also will remove up to 99 percent of food smells, harmful gases, VOCs, cigarette odor, and pet odor. For coverage area, the 400S can manage up to 1,560 square feet with two air changes per hour, or four air changes per hour in a space of about 780 square feet. 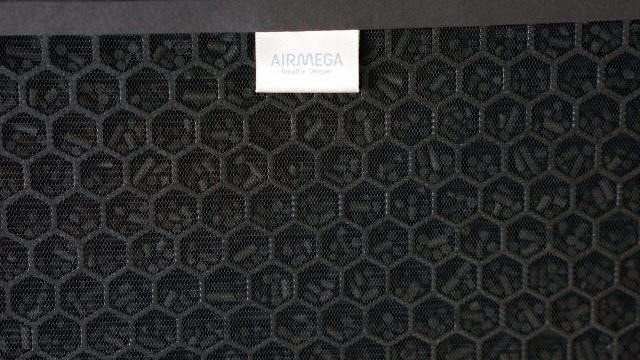 The Max2 Filter has a lifespan of about 12 months depending upon the environment. When it’s time to replace it that’ll cost you about $130, but it does include two of them. Comparable to others, that price point ends up being quite a bit more affordable due to both the longevity and just overall cost.

So how well does it work? Without the scientific tools and hand, we whipped out our trusty Footbot to monitor a bit of before and after. Inside the Footbot it gets down to the nitty gritty data of VOCs, CO2, fine particles, and some extra stuff that the Airmega won’t impact. Before the Airmega the Footbot would occasionally spike beyond the 50 point score threshold I gave it that is a combination of all of the above indicators.

For the months leading up, the numbers would land typically around 40 to 43, but could go up as high as 56. With the Airmega running, the highest Footbot recorded was 40, but the norm was actually 32. That is a very noticeable difference in air quality. As far as VOCs in particular, basically anytime I got back in from a run or cycling trip the poor Footbot would yell at me. The Footbot would always move well beyond the 300 VOC threshold I gave it, spanning from 307 to 402, with the norm being high 300s. Now the Airmega can’t just block all the stuff I track in, but it certainly can reduce it and is now more so in the mid 300s. It’s also worth noting I have two short-hair dogs, both of which shed a lot.

Overall the air quality has clearly been improved thanks to the 400S’ Smart setting. 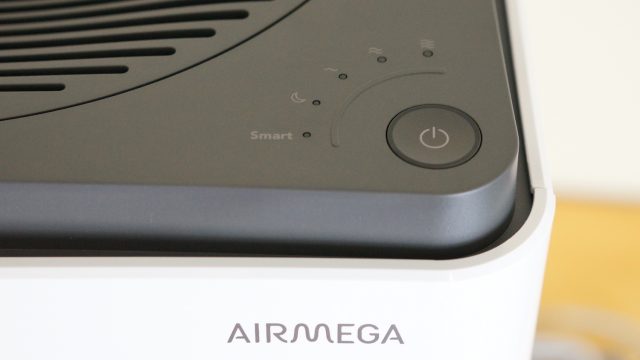 What would appear to be a heavy, metal design is in reality a not so heavy, durable plastic that surrounds the Airmega 400s. With two colors, white or black, the hardware sort of looks like something that comes out of Tron. The Tron reference may be a bit of a stretch, but either way it has a very modern design that would fit into almost any space, whereas most other air purifiers are hideous.

On the front of the Airmega you get an LED status, which sort of acts like a lightshow with the actions of a wave hitting the ocean. It’s a bit soothing, if not also super bright. This of course can be turned off, along with other backlights that are on the top and part of the control panel. However, for whatever strange reason when you prompt Airmega to turn the light off, there are at least  two that stay on, and are a bit bright, so if you’re like me and any light at all is in your bedroom, it will be a bit of an annoyance. For controls, if you prefer not to use the app, you get your standard power button, a button to control the indicator lights, and a touch strip to control the fan speed or put it into Smart mode. There are also indicators that show the lifespan of each filter, and a sensor to monitor light changes.

As far as ease of use, the 400S is insanely easy to use. Once you’ve plugged it in, connected to Wi-Fi, and created your account it does the rest. You can monitor your air quality from anywhere and control it just the same, but otherwise the only interaction you’ll need to have with it is occasionally washing the pre-filter.

Should you buy the Airmega 400s? If you are looking to remove bad stuff from your air, and let’s be honest most of us do, then yes. Now the upfront cost has a bit of sticker shock to it, but true air purifiers that have great area coverage are not cheap. You can find some on Amazon for a couple hundred, but you won’t even get half of the coverage of the Airmega.

The Wi-Fi connectivity is sort of a gimmick on this, only in the sense that this was really designed to be adaptable to your environment, set on a schedule, and then ignored until you have to wash the pre-filter or replace the Max2 Filter. However, this thing also looks better than practically any other air purifier on the market, with others looking like tower fans and giant beasts. And finally, but most importantly, on effectiveness this certainly gets its intended job done. Using the Foobot we were able to identify a very noticeable improvement in air quality, which is clearly not a scientific measure, it’s does give us quantifiable data to work with. For these reasons and the minor ding due to the lack of detailed data, we give the Airmega 400S a 4.5 out of 5. It gets the job done, and it looks good while doing it.

Where to buy: Airmega, Amazon

Read more reviews of gadgets and gear on TechCo