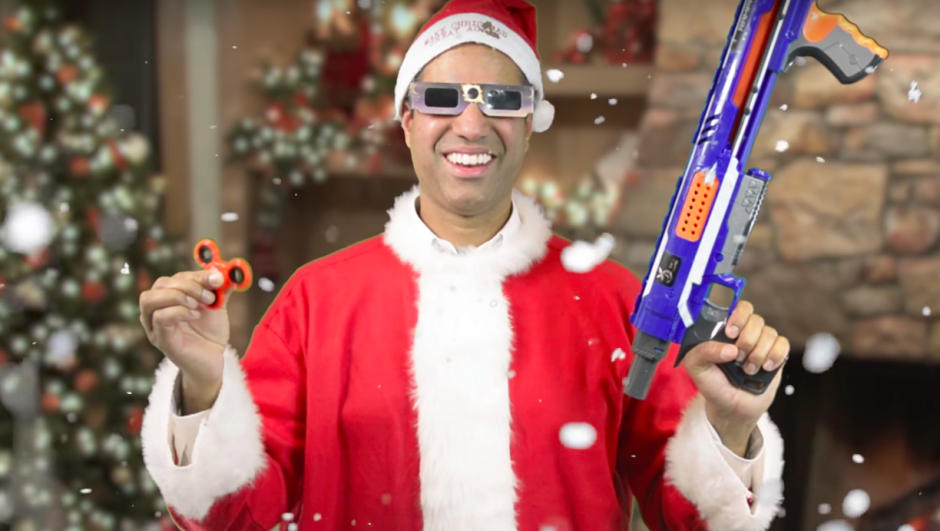 Today, the FCC will vote on a controversial decision to repeal net neutrality rules set in place by former president Barack Obama in 2015. The rules force internet service providers to treat all data the same, preventing them from throttling internet speeds in favor of paid fast-lanes for wealthier internet users. Sounds like a good idea, right? Well, you're not alone in thinking that, which presents a unique problem for the FCC and its chairman, Ajit Pai. Fortunately, they came up with a solution that is as misguided as it is straight-up rude.

Because the current net neutrality rules are so popular, the FCC and its chairman have had a hard time convincing the 75 percent of Americans in favor of net neutrality that getting rid of it is a good idea. This has led to them to create a little video that should help explain, with what can only be described only as BuzzFeed-esque propaganda, that getting rid of net neutrality isn’t going to change any of the dumb stuff you use the internet for. And there's good news, America: the chairman of the FCC clearly thinks you're stupid.

The video, in so many words, is the worst. Ajit Pai, the head of one of the most powerful organizations in the country, acts like a 16-year-old YouTube star running out of ideas to keep his fans interested. Rather than engage in any kind of meaningful explanation of how net neutrality will help at all, like any respectable government official would do, he just aimlessly explains seven things that you can do on the internet (Instagram your food, take animal selfies, buy stuff, etc).

What Pai is hoping viewers of the video don't realize is that every one of his “seven things you can still do on the internet after net neutrality” could and likely will be dramatically impeded by internet service providers. With the “internet freedom” they'll be privileged to, they'll have the “freedom” to charge subscribers for everything and anything they choose, from “premium” websites to high-speed “fast lanes.”

If you take the video as sincere, it's borderline insulting, effectively implying that Ajit Pai and the FCC think the American people can be politically swayed by the promise of Instagram filters, fidget spinners, and the Harlem Shake. However, if you take this as something else, as a preemptive gloat aimed at the people powerless to stop the entire internet from crashing down around them, it's a lot worse. But even I don't believe Pai has reached that level of comic book villain… yet.