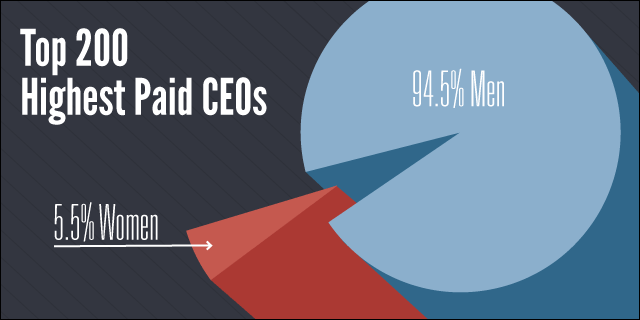 Here they are, listed with their 2013 compensation: 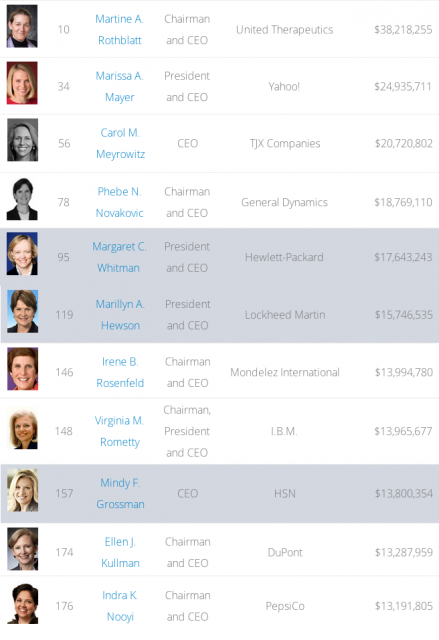 The New York Times article “An Elusive Jackpot” searched for explanations to this phenomenon, and came up with the usual ones. “Some women avoid highly competitive jobs and negotiate less aggressively, some boards discriminate against women and some women resist the long hours and heavy travel that come with the top job,” they wrote. They also suggested that work-life balance is harder for women, citing a study that the highest-earning women still spend 25.2 hours a week on child care, while men in similar positions only spend 10.2 hours.

Three of the 11 women are in the tech industry, possibly thanks to the flexible work hours and forward-thinking attitudes, the Times noted.

It might seem silly to lament that there aren’t more women among the richest of the rich and the most powerful of the powerful. But the Times article cites research that women at companies with female CEOs or board directors earn up to 20 percent more. Trends at the top likely reflect trends for everyday women workers.