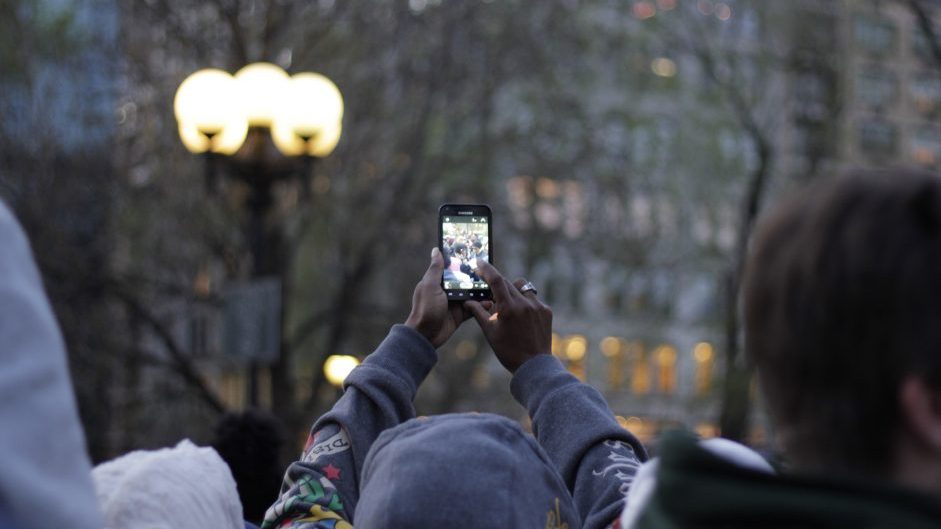 Rivalries are usually a good thing, particularly in the business world. But, when only two rivals remain in a popular tech space, consumers are the ones that lose out. Unfortunately, that's where we are now when it comes to iOS versus Android.

These two operating systems have been competing for more than a decade, and neither is showing any sign of conceding the race. However, with external competitors few and far between, the iOS/Android rivalry has become an unrelenting two-party system at risk of falling into the same tropes as any other: stifled innovation, stringent party lines, and polarized supporters.

The Problem With a Two-Party OS World

While the two-party system started off as a good idea designed to simplify the complexity of any given issue, it’s long since transformed into a malicious competition between two uncompromising entities more focused on picking sides than operating effectively. And if you can’t tell whether I’m referring to politics or smartphones, that’s kind of the point.

As a result, everyday consumers – like voters – suffer through confusing jargon, mismatched values, and buzzword-laden announcements. Rather than making a choice easier, it leaves people falling back on “the party they know.” Whether it’s appointing elected officials or deciding which smartphone to buy, the problems with the two-party system far outweigh the benefits.

In the past 10 years, smartphones have changed the way the world works. However, since iOS and Android launched in 2007 and 2008 respectively, there hasn't been a comparable innovation to match their game-changing debut.

Sure, systems get faster, cameras get better, and apparently you can unlock your phone with your face now. But, as far as meaningful innovations are concerned, these two giants haven't changed the script since their inception. Perhaps they're too busy competing to seriously refresh their platforms.

Yes, innovations such as augmented reality, virtual assistants, and portrait mode have made smartphones infinitely more enjoyable. But, in order to remain in the fight, Android and iOS have frantically played catch-up with each other by adding whatever their competitor comes up with before it's too late.

Rather than focusing on underlying problems, like finally delivering multi-day battery life or developing a screen that won’t crack the moment you drop it, Apple and Google have made one-upping each other’s platforms their driving mission. And the two-party nature of the competition is only making things worse.

Single-issue voting has become a necessity in the two-party political system. If you feel strongly about one particular issue, you’ll most likely vote for the party representing that interest, regardless of their stance on other issues. Similarly, smartphone users are bound to their preferred operating system — whether it be the secure, simple one that “just works,” or an open, customizable system that fosters creativity — even if features or changes along the way are less than palatable.

Take Apple’s elimination of the headphone jack, for example. Despite widespread backlash after the announcement in 2016, very few users switched from iOS to Android, accepting it simply as a bump in the road from the company they've long since hitched their wagon to. Rather than switch operating systems, iOS users endured, spending money on dongles and Bluetooth headphones to preserve the integrity of their single issue. And experts saw it coming a mile away.

“The removal of the headphone jack is, in our view, not much of an issue,” said Neil Saunders, chief executive of retail consultancy Conlumino, to The Guardian. “The adaptor may make connecting traditional headphones fiddlier but, for most consumers, this will not be a significant barrier to purchase.”

Like any rivalry, the worst part about it are the fans. Whether they're screaming at the dinner table about how great their camera is or posturing at a bar on the value of their Retina display, adamant supporters of either operating system can make the divisions feel deeper than ever.

Apple has prided itself on the fact that iOS is secure, stylish, and simple enough for everyone to use it, and plenty of users lap up this approach. Apple’s ecosystem connects all iOS devices, making functionality the primary focus. Subsequently, iOS users are firm believers in this connectivity, condemning Android users for their lack of security and over-the-top customizability, even in the face of a lost headphone jack.

Similarly, Android users condemn the simplicity and boredom of the controlled iOS playground, preferring the more open Google platform — even as Android malware continues to grow.

Whatever your ethos, surely we can all agree that consumers deserve the best tech possible for their hard-earned buck. So, how can we break the cycle of two-party polarity in the smartphone space?

Just as with politics, the lack of a viable third party candidate is perpetuating the problem. And, unfortunately, the available options aren’t much to write home about.

According to a Gartner study, 99.6 percent of recent smartphone sales run on iOS or Android, making the other available options pretty much moot at this point. In addition to not attracting new users, the below operating systems – two of which are led by the two richest men in the world – have struggled to even register.

When your company is led by Bill Gates, a functional smartphone operating system hardly seems like a Herculean task. However, the Windows Phone was, in so many words, a spectacular failure. Why? Mostly, because app developers wouldn't be seen on their buggy platform if you paid them (which Microsoft tried to do).

So what happened? A few sad emoji-laden tweets from Joe Belfiore, the corporate vice president for Windows at Microsoft, should explain better than we can.

We have tried VERY HARD to incent app devs. Paid money.. wrote apps 4 them.. but volume of users is too low for most companies to invest. ☹️ https://t.co/ePsySxR3LB

Despite the company completely abandoning its phone division, Microsoft still maintains a tiny sliver of recognition in the smartphone space, representing 0.3 percent of the market share. Let's call it the Ralph Nader Effect. Though, perhaps that’s unnecessarily unkind to Windows Phone.

The day the touchscreen hit the market, BlackBerry was done. Its analog technology struggled to keep up in the digital world, as smartphone after smartphone replaced the physical keyboard. Banking on businesses to lead the mobile industry rather than consumers, Blackberry simply bet on the wrong horse, and never recovered.

In 2012, however, it did make an effort to appeal to the the everyday consumer. Blackberry’s Q10 and Z10 smartphones aimed to make up the lost ground by getting in the fight nearly half a decade later. Unfortunately, their commonly dubbed “Hail Mary Pass” never stood a chance against an ever-shrinking market share thanks to Apple and Google’s vast progress by this point.

You're led by Jeff Bezos. You're one of the most reputable tech companies in the world. You bought Whole Foods. How was a smartphone operating system that impossible?

The Amazon Fire Phone was doomed from the get-go. Despite the success of the low-cost Amazon Fire tablets, the operating system never took off for the smartphone market.

Amazon apps were already available on iOS and Android, with developers and users alike satisfied with the way things were. The underwhelming design and standard price tag provided no incentive for anyone to switch to an Amazon Fire Phone, which is why you won't see one anywhere.

A Glimmer of Hope

Compared to the tumultuous political landscape, the stakes are admittedly lower when it comes to the two-party smartphone world. But, there’s a commonality of frustration between the two scenarios.

Voters and buyers alike are more educated and demanding than ever when it comes to the issues that matter most to them. In both scenarios, a viable third party choice, or a genuinely ground-breaking approach from one of the main platforms, would give the power of choice to the millions of little guys itching to have their voices heard.

Unfortunately, based on the third-party options mentioned above, it’s easy to see why Apple and Google are so well-cemented at the top of the smartphone operating system game. It’s a two-horse race for now, but there’s still appetite for the kind of head-turning change from either company to truly make consumers jump from one platform to another.

The alternative is the kind of stagnation that sees consumers hold onto the phone already in their pocket, rather than fork out the big bucks for a newer model that only offers more of the same. Fail to inspire your once-core voters, and they won’t make it to the ballot box the next time you need their vote.

Fortunately, tech moves a lot faster than politics, and chances are that one of these companies, or even a brand new competitor, still has a game-changing campaign yet to come.