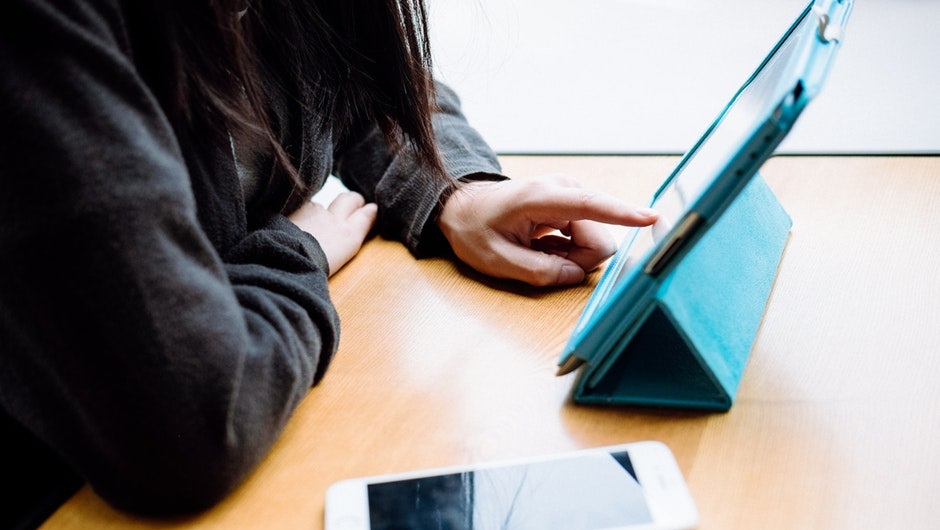 Have an idea for a story that you know would just get buried if you tried posting it to social media? Then the Wisconsin-based startup Dodles has just the social animation app for you. Their app allows users to design their own visual story and share it with a community of interested people. Over 250 professional artists are signed on to contribute assets to an open marketplace that can be used to piece together different characters and stories. The app, which is designed to include those in the autism communities, raised $300K of angel funding in August and has a beta set to launch in October.

I'm a big fan of remote work, and Dodles highlights one big benefit behind the work style: It allows people to chose an environment that suits them best. For those with high functioning autism, working from home cuts down on sensory overload while making social interactions more manageable, and apps like Dodles provide the channels to do just that.

Here's an interview with Dodles founder Craig Doriot on the benefits of the app, how its design helps those with autism, and what's in the future for Dodles.

Can you explain the app's appeal for those with autism?

Simply put, Dodles makes it easier and faster to create animation, even making it practical for everyone. Those on the autism spectrum and those assisting their development are often seeking the latest and greatest tools to facilitate their creativity and growth.

Some areas where people on the spectrum struggle significantly involve face-to-face social interaction, due to difficulties with nonverbal cues and eye contact and a tendency to hyper-focus on their own topics instead of adapting with the typical flow of conversation. These social challenges cause many to remain significantly under-employed relative to their technical skills.

As we grow in this digital age towards increased business and social communication occurring online, the interpersonal barriers to growth are reduced, and many can see the leap forward in opportunity that dodles represents.

In a traditional business setting, those on the spectrum add to work stress with the social difficulties and sensory overload that leads to poor performance and challenges with personal interaction. But the digital world allows people to work from their home environments, and dodles even flips the switch for those on the spectrum, where that hyper-focus can become an edge, as the person becomes highly specialized in their niche area of interest.

Dodles allows people to find and explore their unique creative niche, hone their craft, collaborate with others, and develop a lucrative following on their own terms and without the hangups of face-to-face interaction.

Users can advance their creativity in art, design, sound and animation with a simpler, free toolset to get moving immediately. They have an open, international market for their unique creations, such as animated stories, commercials, character design, scenes, objects, music, sound effects, voice acting, etc. Most everyone is a buyer and a seller or producer, needing collaborative content from others to speed up the development of their own creations. Content creators set their own pricing and one creation can be re-sold digitally in mass quantities without overhead.

Anything to add about the benefits of Dodles?

Something to consider is that Dodles eliminates the corporate middle men that control the purse strings and dictate the creative direction.

Say you work for a big production studio. You likely become a small cog in a much bigger machine and your creativity is boxed in to suit the agenda of that company and those handlers standing between you as a creator and the final audience.

Fewer, bigger companies often buy successful smaller studios and so you often get a consolidation of that overall creative direction again. The result of this is that freedom in the overall marketplace becomes fairly constrained to the direction these bigger companies are pushing.

Dodles effectively removes those middle layers, connecting creators directly to their audiences and those looking to license their creativity, in a way that is financially lucrative. They are no longer restricted to the constraints of the middle men, but allowed to explore their uniqueness. In fact, the very uniqueness that would have caused such problems in the corporate world, now becomes the very thing that sets them apart in a global marketplace.

How did the knowledge/experience of the members of your team with autism aid in the development phase of the app?

I am personally on the spectrum with high functioning autism, previously called Asperger’s. Most of the workflow design and core tools were designed by myself conceptually, and I’ve been very involved with the entire technical process, having spent most of my career as a programmer.

Just over a year ago, we hired a talented developer in a classic example of someone with autism struggling with under-employment due to social difficulties. He led a major pivot within our product towards a more robust underlying platform that sets dodles on a solid foundation for exponential future growth. He also developed a number of the actual drawing and animation tools.

What plans do you have for the future of the app?

The beta release will keep everything fairly basic, even though we have future releases in development right behind it. With this beta, we are releasing the drawing tools, shapes, and a limited number of animation capabilities. From there, we will be expanding with deeper animation toolsets for advanced users, audio tools, importing, the dodles social network, and the open marketplace.

Read more about the world of startups here at TechCo