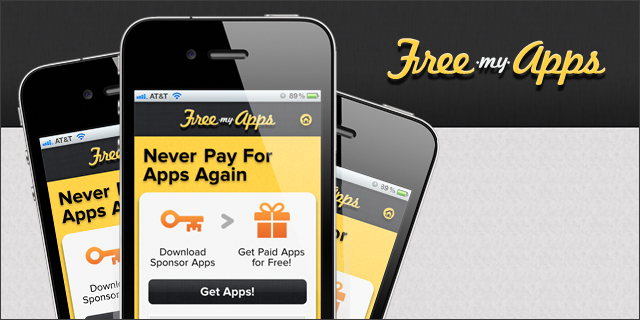 App developers, raise your hand if this sounds familiar:

You create a beautifully designed iOS app that solves a major problem. Everyone loves it in beta.  You launch it on the Apple Store, charging maybe $0.99 or $3.99, and hundreds or thousands of people download it within a few days.  Then adoption drops off a cliff, and your app becomes almost invisible.

This is the exact problem that the founders of Boston-based Fiksu ran into. I spoke with Craig Palli, their VP of Business Development yesterday, and they have walked in your shoes already:

Our team is made up of app developers. A few years ago, we launched an app, and it was doing OK, getting downloads.  Like most apps, thought, it quickly was shoved onto the back shelf, and consumers could no longer discover the app.  That was a major buzzkill.  So, we had a choice to make: create a new app and hope for a different outcome or solve the problem of helping people find apps.

Obviously, they went with the latter.  So the Fiksu team turned to their digital marketing experience, and soon their app, a news readers, became the number 1 news reader app.

“Quality didn’t get the app to number 1,” recounted Palli, “the marketing had.  We realized that we had serendipitously built a world-class customer acquisition platform.”

So, they tested it by reaching out to friends in the industry (this was in April).  The super private, super stealth beta testing period went really, really well. The unnamed mobile advertising platform – that was not available commercially – ended up generating billions of transactions for their clients.

As the team saw it, they were facing 2 challenges:  Paid app developers needed a good way to acquire customers.  At the same time, free app developers are playing a volume game – they  need to get tens or hundreds of thousands of users on a regular basis.  A third challenge also occurred to them: helping consumers find the best app, whether it’s paid or free.  Their solution does all of the above.

The idea for FreeMyApps sprouted in July.  As Palli said, he knew something was up when he heard a lot of giggling coming from a conference room. When he investigated (thinking he was missing out on something really fun), he found the developers discussing FreeMyApps, and thus their mobile advertising solution was officially born.

“One of the driving factors of our success was being able to incubate FreeMyApps immediately. We started coding and building it, and development went really quickly,” said Palli. Fiksu has grown to around 60 employees – and they are still growing.

I asked how the response had been so far, just one day out from launch.  “The consumer response has been fantastic and beyond expectations.  We have gotten a ton of interest – developers are reaching out via Twitter, eager to get started.”

When asked what was next, Palli replied, “I expect FreeMyApps to hit 10 billion user transactions in the next month or two.”  To learn more, check out the FreeMyApps website today.