AirPods are Apple’s first truly wireless earphones. There’s no cable to connect them to each other, or your device. They simply sit in your ears, with nothing but friction holding them in place. And as soon as they were announced, we all thought the same thing – surely they’re destined to be lost.

Well, according to a dedicated Apple Reddit thread, friction is proving more than sufficient to keep AirPods in your ears – at least, most of the time. Roughly 17%, or about 1-in-6 have lost one, or both of their AirPods, according to nearly 300 respondents on the thread.

Admittedly, that’s still a sizable proportion, especially for a product that retails at $159. But considering everyone believed that users would be misplacing them with alarming regularity at launch, the relatively low proportion of Redditors who’ve lost their AirPods might just prove that the tiny device is easier to keep hold of than initially thought.

How Do People Lose Their AirPods?

Out of the 297 comments (at the time of writing) on the Reddit thread, most of the users admitting to losing their AirPods hadn’t seen them fall out. Rather, they were left somewhere, whether that’s on a plane, a bus, or even at home.

A little under two percent admit to losing their AirPods while inebriated – with some citing losing them in nightclubs, and others in taxis on their way back from nights out.

So, if you want to avoid losing your AirPods, the boring advice seems to be don’t drink, don’t use them while waiting for a train, or while scaling a mountain.

Though we wouldn’t recommend this as a way to clean the earwax off, the Reddit thread contains a surprising number of stories of AirPods continuing to function even after being put through the laundry.

What Can You Do If You Lose Your AirPods? 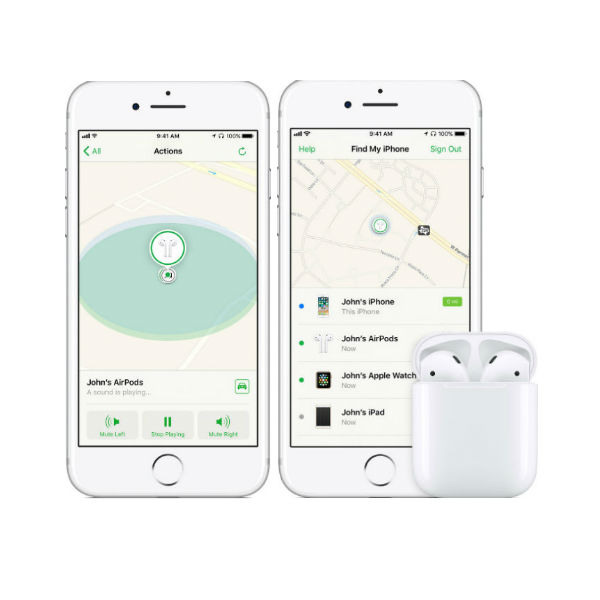 If you do misplace your AirPods, remember that you can first try to locate them using the Find My iPhone function on your Apple device. This should give you a precise location for your AirPods, and can even get them to emit a beeping sound to make tracking them down easier.

However, there is one small problem – you’ll be out of luck if the AirPods are out of juice and you might only be able to find their last known location.

Equally frustrating is that if you lose both AirPods separately, you’ll only be able to view one at a time – making it feel like you’re going on a high-tech treasure hunt.

Some users on the Reddit thread had come up with some novel ways to keep hold of their AirPods. One modern way involves taping a Tile Bluetooth tracker to the AirPod case. More traditionally, others simply print a label with their phone number onto the case and each AirPod individually.

Of course, if you really can’t find your AirPods, and can’t bear to be without them, Apple will sell you a replacement single Airpod for $69. You can also get a replacement charging case for the same price.

We reached out to Apple to find out just how many replacement Airpods its sold, but the tech giant is being characteristically tight-lipped.

Short of Apple itself admitting the replacement rates for these tiny headphones, it’s hard to know for sure just how many customers have lost track of them since launch in 2016.