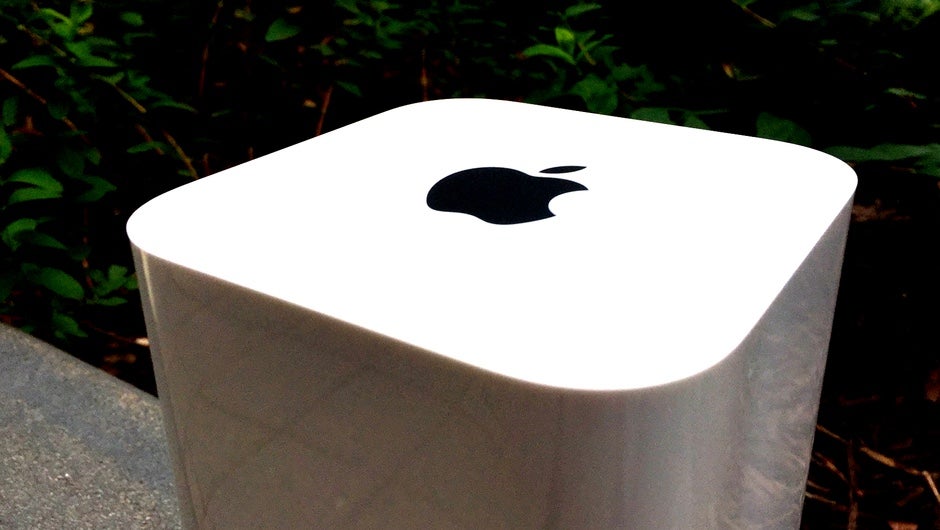 I've been using Apple's line of AirPort networking products since 2008 and have purchased and installed more than 20 AirPort devices in that time. While Apple doesn't have a reputation for being a leader in networking devices, most likely because they're busy leading in 3-4 other product categories, but I'm a strong supporter of these products, and in the often unreliable world of networking, finding stuff that doesn't suck is worth writing about.

The AirPort Time Capsule is wicked fast and makes the most out of my Fios connection, while its six-element beamforming antenna array blows through multiple walls to ensure my devices have a stable connection. If you want an easy-to-setup, high-performance wireless router with built in backup capabilities, you can't go wrong with the AirPort Time Capsule.

If you’re not addicted to all-out performance and just need an efficient solution to setting up a wireless network at your home, the AirPort Express is probably a better fit for you.

While it’s technically the “watered down” version of its bigger brother, the AirPort Express has the exclusive functionality in the AirPort family of products that allows a set of speakers or an audio receiver to plug into it so music can be AirPlayed at the touch of a button. It has great wireless performance in terms of speed, but its coverage area is significantly reduced, so if you have a lot of square-footage you might want to stick with AirPort Time Capsule or Airport Extreme. To manage these devices, Apple forgoes the typical web interface and instead developed native OS X and iOS apps. These Apps provide you with a detailed map that actually shows you how your devices connect with one another to form your network, something you don’t usually get from consumer level networking products.

My only real complaint about the AirPort Utility, other than Apple randomly removing features version to version, is that some menus require you to hold the option key to see all the available configurations. It’s not such a big deal, but hiding configuration options keeps people from exploring the possibilities and teaching themselves a bit more about these devices.

Read more about Apple on TechCo.

This article was originally published on Random Nerds and authored by Joe Corbett if you have any questions, leave a comment here or holler at me via Twitter @joecorbett. If you enjoyed it, visit Random Nerds for more great pieces.