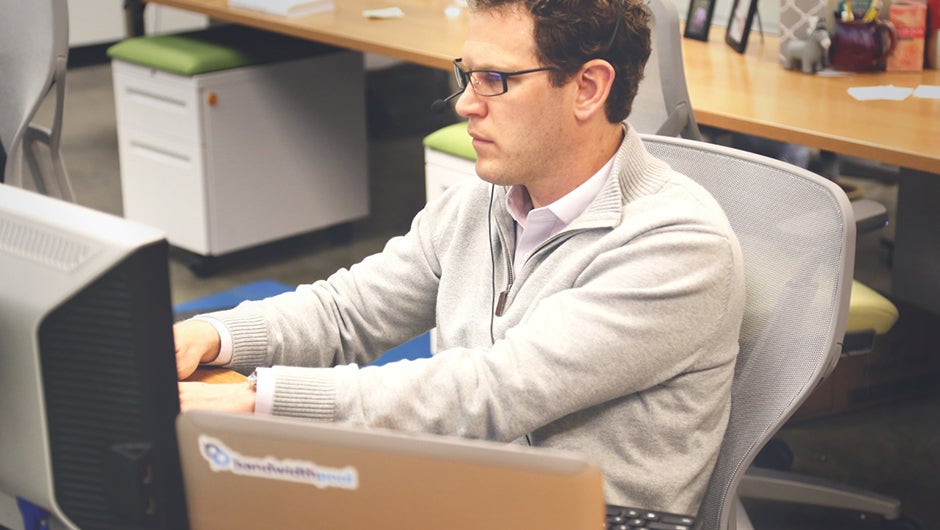 It’s no surprise that enthusiasm for Apple Watch dipped shortly after its release.

Apple really hasn’t given us much of a reason to buy the gadget, and without killer software, the company’s fancy new wearable doesn’t do anything notable (other than beep at us while our phones stay in our pockets).

The release of watchOS 2, however, does give developers some hope by offering a chance to access more than just full-screen notifications and animations. Utilizing all the sensors and capabilities of the device means we can finally explore some real functionality and look into Apple Watch design.

Entrepreneurs know that only a blockbuster app will compel users to buy the watch. With that in mind, ask yourself these five questions before jumping in and designing your Apple Watch app:

1. Is There a Compelling Reason?

While new wearables are exciting at first, they can end up collecting dust on shelves with other jewelry and accessories if they don’t do amazing things. For the amount of money that consumers pay for wearables, they deserve more than just pretty things that beep.

Be sure the service you’re providing is actually helpful to users and applicable to respective hardware. Otherwise, there’s no reason for consumers to keep using the watch — or your app — once the novelty wears off.

2. Does My User Experience Work?

Regardless of pixel density and other stats, Apple Watch’s screen is tiny and offers limited capabilities. Just as app- and cloud-based mobile user experience differs from desktop user experience, the watch is an experience unto itself. Overly complicated apps that involve too much scrolling or too many buttons just won’t work on its system.

Scale back functionality, and focus on one or two things your app can do effectively on the watch. Create an amazing experience — without the extraneous bells and whistles — and you’ll have a winner.

Every Apple Watch user I know has at least a dozen apps, none of which offer enough value to be opened more than once. Nobody’s trying to edit video or have lengthy conversations with people around the world on this tiny watch screen. Make sure your app actually adds value to Apple Watch users’ lives. Users need reasons to open your application on the Apple Watch — simply having the extension doesn’t mean much.

4. Am I Utilizing the Tech Properly?

Because watchOS 2 grants access to features like a heart rate monitor, accelerometer, and Taptic Engine, you can really give users things to do with your app. Figure out a task that was once way too difficult to complete on a smartphone, then build an app that makes it possible on the watch. Find that open space, and create something that enables the watch to fill it.

5. Am I Overwhelming Users?

Believe it or not, people have things going on in their lives that don’t involve tech. A constant barrage of dings, buzzes, and notifications will likely cause more anxiety than comfort. A watch app should be a convenience, not an ankle monitor for parolees. Give users options to limit functionality, and they’ll thank you for the peace and quiet.

While the Apple Watch isn’t an immediate success, it’s certainly not dead in the water. Wearables take time to catch on in popularity, and Apple is still showing strong support for the device. Wait for the technology to catch up to your idea; Apple Watch will eventually be competing — and possibly interacting — with everything from Oculus Rift to Google Glass as time goes on.

Unlock the potential of your brand when you — and your device — are ready for it.

Q Manning is CEO of Rocksauce Studios, which crafts custom mobile apps for all platforms. Rocksauce Studios’ goal is to create an amazing user experience that can succeed in the marketplace when coupled with powerful, eye-catching app marketing. Manning is on a constant quest to find the magical hook in each project to help it take the world by storm. You can find him hanging out in the Rocksauce creative loft, drinking coffee, or singing karaoke.