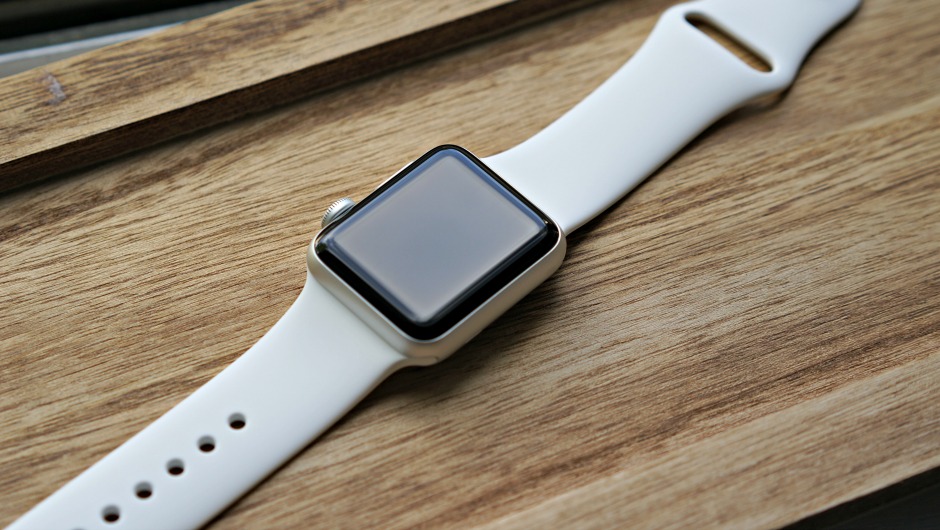 Both stylish and comfortable, the Apple Watch Series 2 is now truly a viable option for those who care about their health and fitness. Prior to the addition of GPS, the initial offering was nothing more than a glorified controller and notification wearable, an overpriced one at that. With a new direction and even a partnership with Nike, the real question is whether or not the new Apple Watch should earn back the space on our wrists that in most cases smartphones have kept bare for years. So, does it? The short answer is yes, but let me tell you why from the perspective of a runner and person passionate about great gadgets.

There is no hiding it, I thought the first Apple Watch was an insanely overpriced piece of Apple Status (AKA if I have this I'm awesome, rich, or too susceptible to marketing). I’m a huge fan of Fitbit and even the Xiaomi Mi Band 2, both sub-$100 and each had the same fitness tracking abilities as the original Apple Watch.

At it’s cheapest form the original Apple Watch was a notification add-on to iOS devices, at it’s most expensive form it was purely as a symbol of status. Apple marketed it as a fashion-fused tech platform, but it was lacking in usefulness. However, with the addition of GPS, wearers can now untether a bit more from phones, and use it like any other fitness tracker. It also has the added bonus of being water resistant up to 50 meters, which allows it to track most major fitness activities. 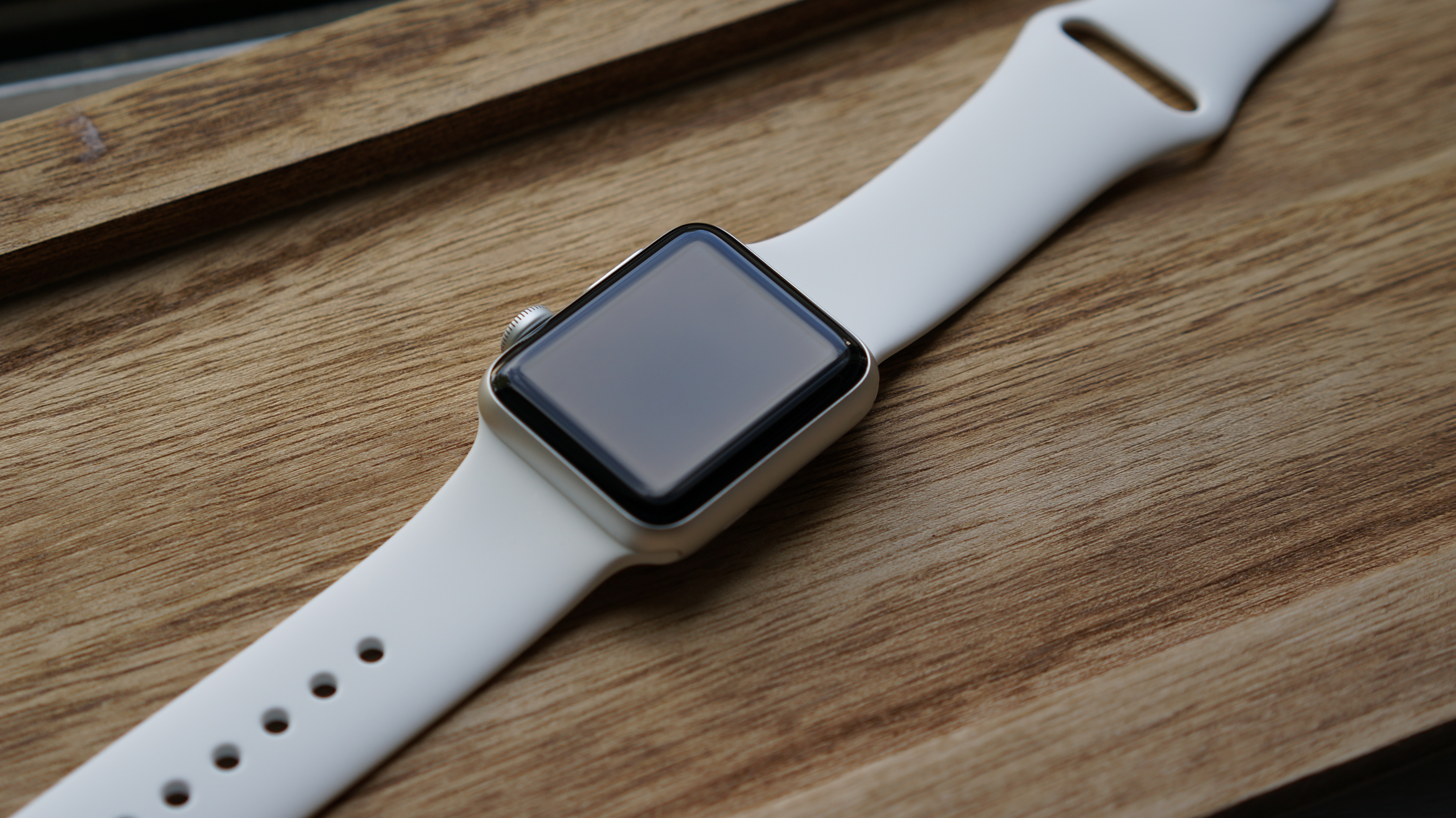 Like the iPhone 7, there really isn’t all that much new for the Apple Watch Series 2. What was once an extremely overpriced step tracker with notifications, is now a truly stylish fitness and health tracker that works great. The GPS inclusion will likely be the biggest draw, and Apple is placing their bets there as they changed their focus this year on its sporty attributes. You can also take the watch swimming, albeit with no GPS tracking, for up to 50 meters. Though we would still probably advise you to stay away from salt water.

It also now sports a S2 dual-core processor, up from an S1, a ceramic back rather than a composite back, and an OLED Retina display that is two times brighter. The sport version (cheapest) still has Ion-X glass, which is more prone to scratches than sapphire crystal (for the stainless steel and ceramic cases). It also still doesn’t track sleep (there is an app for it, sort of), there is no altimeter so it doesn’t track elevation, and it doesn’t really track weight lifting either.

The simple answer is that smartwatches are still a relatively new technology, and expecting an incredibly feature rich offering like the now iPhone 7 just doesn't exist yet. For what the Series 2 has to offer, it makes it both a competitive choice for fitness buffs, runners, and those looking to add a stylish tech accessory to their wardrobe.

At a similar price point ($100 more from the base), the Garmin fēnix® 3 has some of the missing components, such as an altimeter for elevation tracking, a barometer, two-three times the battery life, and goes twice as deep under water. However, you also don’t get the stylish nature of the Apple Watch Series 2 nor the extra notifications and Apple OS 3 functionality. In comparison, it’s the difference between a device for those who truly care about fitness and those who care enough, but will accept a lesser product for style.

Besides the few new features, the Series 2 still sports the same heart rate sensor, connects to your phone through Bluetooth 4.0, and and sports an accelerometer and gyroscope. The screen, which comes in two sizes, features a second-generation OLED Retina display with force touch and is now two times brighter. Day or night, the watch is easy to see, even with direct sunlight on it. Though it may not be the most feature-rich smartwatch on the market, it's priced competitively for Apple and works quite well.

One of the biggest criticisms of the first Apple Watch was the battery life. For a smartwatch, which are still relatively a new thing, 18 hours of battery life isn’t that great. Add in GPS, and the battery life goes down to 5-6 hours (still long enough for a marathon). Depending on use, the Series 2 can last nearly a day, but that statement in itself says it all. Fortunately for Apple, few brands focus on battery life, so these battery lifespans don’t really hamper sales all that much. After going on a 10 mile run, with iPhone tethered GPS, the battery life dropped from 99% to 73%. On a separate walk with watch powered GPS on, going less than a mile, the battery drained 2-3%.

Though not a differentiator between Apple Watch Series 1 and Series 2, Watch OS 3 does bring some additional functionality and power to the devices. The largest changes come with the increased processing power, and now being able to instantly launch an app. More so, apps can also be held within a favorites Dock, making them even easier to access than ever. A simple press of the button and the Dock pulls up.

Like the iPhone, the Apple Watch now gets a Control Center. On the Control Center you get easy access to controls like airplane mode, seeing connectivity to your phone, water lock, and more. Simply swipe up and the control panel will appear. Aside from the performance updates, OS 3 brings new watch faces and sharing. The sharing feature uses a combination of other iPhone apps like iMessages and your contact list to share your latest fitness activities.

Another new feature, or app rather, focuses on wellness. Breath will ping you throughout the day and get you to focus on your breathing, which will in turn check your heart rate. That’s not really my thing, so I just hit snooze until it gives up. I’d take a wild guess that (conspiracy theory!) that Apple gets some pretty interesting data from this though.

There is no doubt that the Apple Watch is as much a fashion accessory as it is for fitness. Fashion and the design were the primary focus when the watch first launched, and with GPS and the Nike partnership (really it’s just a special band) it’s getting closer to what fitness buffs really want. Although it’s still lacking some key features and could use a second battery, it’s still one damn good looking watch. With different colors, materials, weights, and even glass, each Apple Watch can be customized. However, between Series 1 and Series 2, there are few, if any noticeable physical changes.

There is still a lot to be desired from the Apple Watch line, but the addition of GPS and water resistance makes this truly a viable health and fitness tracker. For the most part, no you can't untether from your phone, and you likely will need your charger nearby; however, between its stylish nature, accuracy, and Watch OS 3, we can firmly recommend the Apple Watch Series 2.