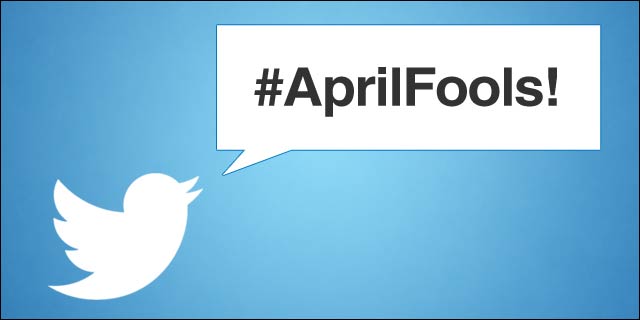 Are you tired of the pregnancy jokes yet? Or the people texting their ex's saying “I miss you”? Well, so is the rest of the Internet.

If there's one thing the Internet is good at, it's snark. Here are the best mostly snarky (a few serious) April Fools' tweets that express how tired we are with this holiday.

I've just set this up as an April Fool's joke on a colleague tomorrow. I can hardly breathe through laughing. pic.twitter.com/XDdUGj7d5h

we’re only a week away from april fool’s, aka literally the worst day on the internet

today's actual spring time weather in New York is the cruelest April Fools prank of them all pic.twitter.com/rzwMSvIZCE

SF startups spend thousands of dollars on April Fool's joke sites when they could donate the money to help the city's homelessness instead.

Ah, April fools. The day when the Internet is a little more annoying.