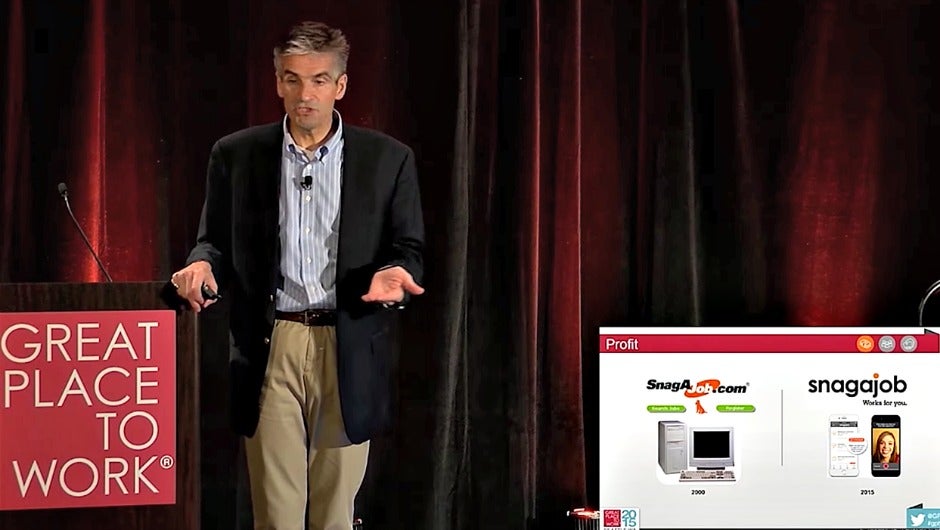 Today, Arlington, VA-based Snagajob is announcing a successful funding round of $100 million. The round is led by New York-based Rho Acceleration, a division of Rho Capital Partners, and is joined by Washington, DC-based NewSpring Capital and the New York-based Invus Group. According to Snagajob’s official announcement, they will use the new capital to expand their product offerings and fund future acquisitions.

Snagajob features hourly paid jobs across the nation, with positions ranging from full time to seasonal in almost every industry. The company launched in 2000, and has grown to 65 million members and just under 200,000 employers. According to the company, they have nearly doubled their revenue from employers and more than doubled their mobile traffic since 2013. Snagajob serves just under a million job applications each week, and has since expanded their team by 30 percent over the past two years.

“It’s an exciting time for our industry. However, it's unfortunate that in the age of on-demand everything, the average hourly job seeker is offered no greater efficiencies when looking for a job,” said Peter Harrison, CEO of Snagajob. “It should only take minutes to secure hourly work, not the days and weeks it takes today. This new funding, coupled with the fact that almost a million workers are creating new profiles on Snagajob every month, will dramatically accelerate our realization of this vision.”

When asked about what kind of organizations Snagajob is looking to acquire, Tech.Co was told to expect big news in the first half of 2016:

“Our vision is to create a seamless, elegant and effortless hourly hiring process that helps millions of job seekers find and land an hourly job in minutes all from their phone,” said Harris. “We have been building on this vision over the years and with this new investment we will be better positioned to quickly make this a reality. Any technology acquisitions we make will help supplement and accelerate this vision.”

Along with the new funding, Rho Acceleration’s Habib Kairouz and NewSpring Capital’s Marc Lederman will now serve on their board of directors. Prior to the raise Harrison has also made several strategic hires focused on their expansion and scaling efforts.

“The tightening labor market, growing ubiquity of mobile devices and the rise of the on-demand economy, provide the perfect storm for Snagajob to transform the way hourly workers find work and employers find workers,” said Habib Kairouz, managing partner at Rho Acceleration. “We are excited to partner with an industry leader as it accelerates its unique vision.”

In addition to future acquisitions, the company plans to add at least 150 new snaggers (team members) between their Ballston and Richmond offices. Although the hires will be across the board, a majority will be focused on marketing and sales, and product and engineering. According to Harris they plan to remain in the area, “however, I will say that we moved into our Arlington offices in June of 2015 and are already looking to expand into a bigger space.”

Beyond their core values – collaborative, accountable, and passionate – their mission is to put people in the right-fit positions so they can maximize their potential and live more fulfilling lives.

“Since our business revolves around helping companies hire the best employees, it’s vital we lead by example. Our core values of ‘Collaboration, Accountability and Passion' create an environment where employees can maximize their own potential,” said Harris. “We encourage collaboration and creative brainstorming and emphasize to each person that they are contributing to a larger ideal – helping people maximize their potential. This has served us well as we have been featured on Fortune‘s ‘Greatest Places to Work' list eight times in eight years and secured a spot on Washingtonian‘s list of ‘Best Places to Work' just a few months after opening our Arlington office.”

Prior to their most recent raise, Snagajob has publicly listed that they raised $41 million across three rounds and four different investors.